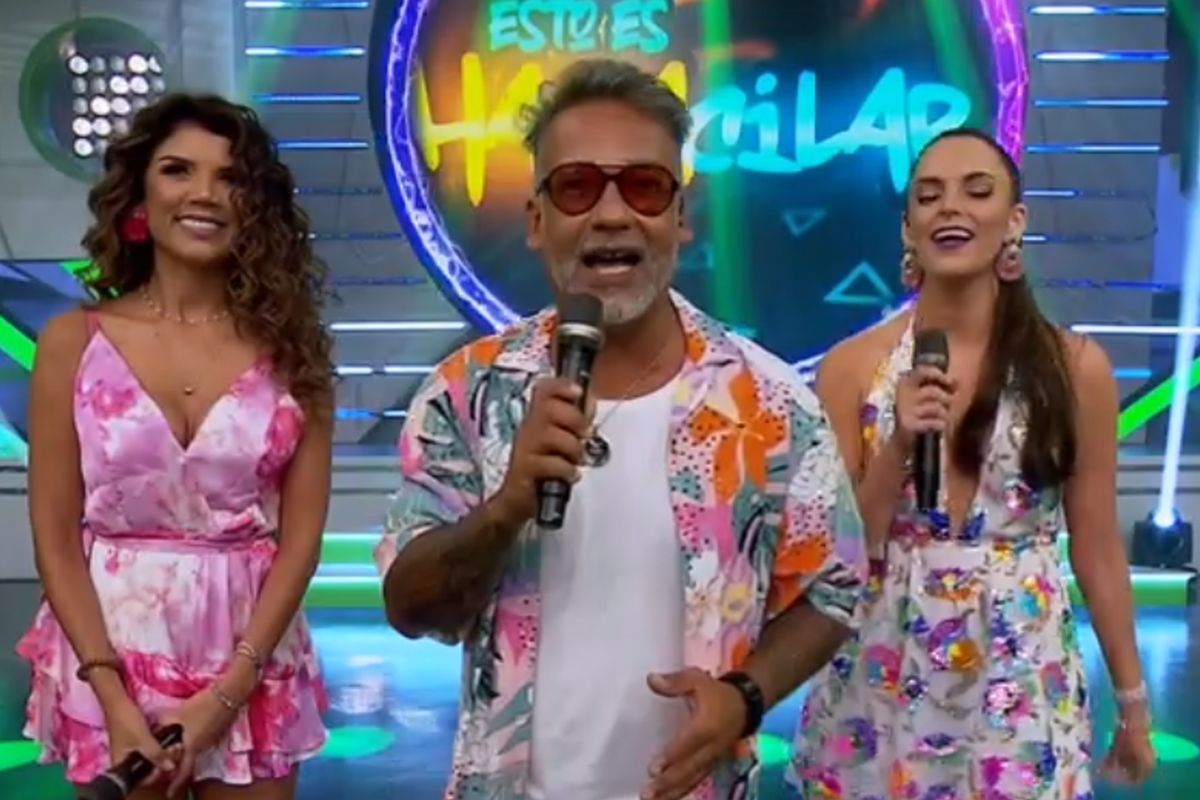 This Monday, January 24 premiered the first season of ‘Esto es Habacilar’, a program that recalls the space hosted by Raúl Romero in the 2000s. Roger del Águila entered the set with his popular song ‘El chivito’, where Tracy Freund and Thalía Estabridis were already waiting for him.

LOOK: ‘Habacilar’ LIVE: what time does it start, the drivers and the details of the premiere of the youth program

In white, with a colorful shirt, dark glasses and a white beard, the driver was grateful for the public’s welcome. “A pleasure to see them, thank América Televisión, ProTv and all the wonderful audience that accompanies us in their homes”, He said.

He also said that the producer Mariana Ramirez del Villar he called him while he was in the mountains, because he left the city when the pandemic broke out. “I sold everything and left and Mariana called me and said ‘come do Habacilar’ and I said no, of course. But I asked for a change, apart from the fact that they bring me my chicharrón because I know they have moved to Pachacamac. I’m already a member of the restaurant on the side, across the street I’m going to open ‘El chivito al palo’. Mariana told me, ‘Roger, people need us, people have had a hard time, they’ve been sad, they need joy’”He commented at the beginning of the program.

In that sense, he announced that ‘Esto es Habacilar’ will give away money in cash. “They already had their ‘Yanapay’ bonus, now comes the ‘Habacilar bonus’”, he said between laughs.

LOOK: Paolo Guerrero and Alondra García argue strongly and a video is broadcast: “Why are you lying?”

HE WANTS RAÚL ROMERO BACK

Thalia Estabridis told him that he was not going to be alone in hosting the program, to which Roger of the Eagle requested the return of Raúl Romero. “If it’s not with Romerito, I don’t accept, I’m leaving”, he added jokingly.

Rebeca Escribans remembers Yahaira Plasencia in Habacilar: “Her dance was sponsored by a sanitary pad”

Raúl Romero confirms that they did call him to return to Habacilar: “We talked for 10 minutes and I said no”