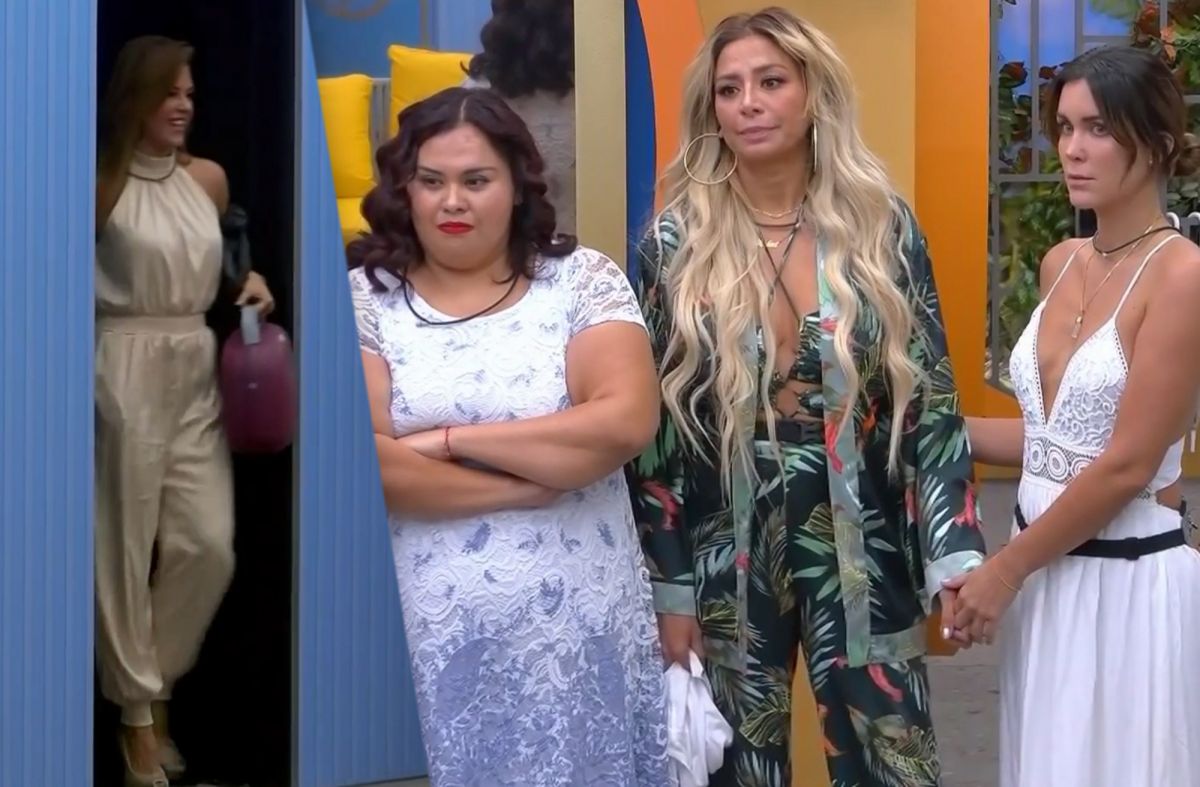 It was an intense night in “The House of the FamousOn Monday of elimination. Alicia machado, Manelyk González and Christian de la Campa they were on the tightrope and were at the mercy of the public’s votes to be saved. It was Christian who got the highest percentage of votes to be eliminated, while Alicia and Manelyk were saved.

Alicia and Manelyk have become the big problems of the house and most of the remaining inhabitants have voted for them week after week. However, they both have great support from the fans who keep them alive in the game and even yell at them from the outside.

When Hector Sandarti announced that Alicia was saved from elimination, her return home was something spectacular.

“The big surprise back,” said Alicia with her suitcases to the three girls who remained inside, read Gisella Aboumrad, Cristina Eustace and Veronica Montes.

The return of Alicia bothered the three girls since they do not want her inside the house since she represents a threat to them in being able to win the game. Alicia, knowing that the girls are not to her liking, passed them by without greeting them and only repeated that she was the great surprise of “La Casa de los Famosos” on the night of its premiere.

“The big surprise is back,” repeated the former Miss Universe looking like a diva with her jumpsuit and suitcases returning home.

Although the camera, during the live broadcast, remained focused on Gisella, Cristina and Verónica, Alicia’s microphone remained open and what she was screaming continued to be heard with the excitement of not having been eliminated.

“The great surprise of La Casa de los Famosos. Thanks! Thanks, I love you! I love people, I love them, I love them. For the truth Christ died, ”Alicia was heard saying.

Moments later Manelyk returned in the same way saying, “The new one is here to stay.”

Also read:  Thanksgiving 2021: Turkeys are 22% more expensive than last year in the US.

Alicia and Manelyk celebrated their elimination by dancing and celebrating their stay at the house.

• Pablo Montero gives a strong blow to Alicia Machado’s ego: ‘You have not done anything in your career, neither as an actress, nor as a singer’