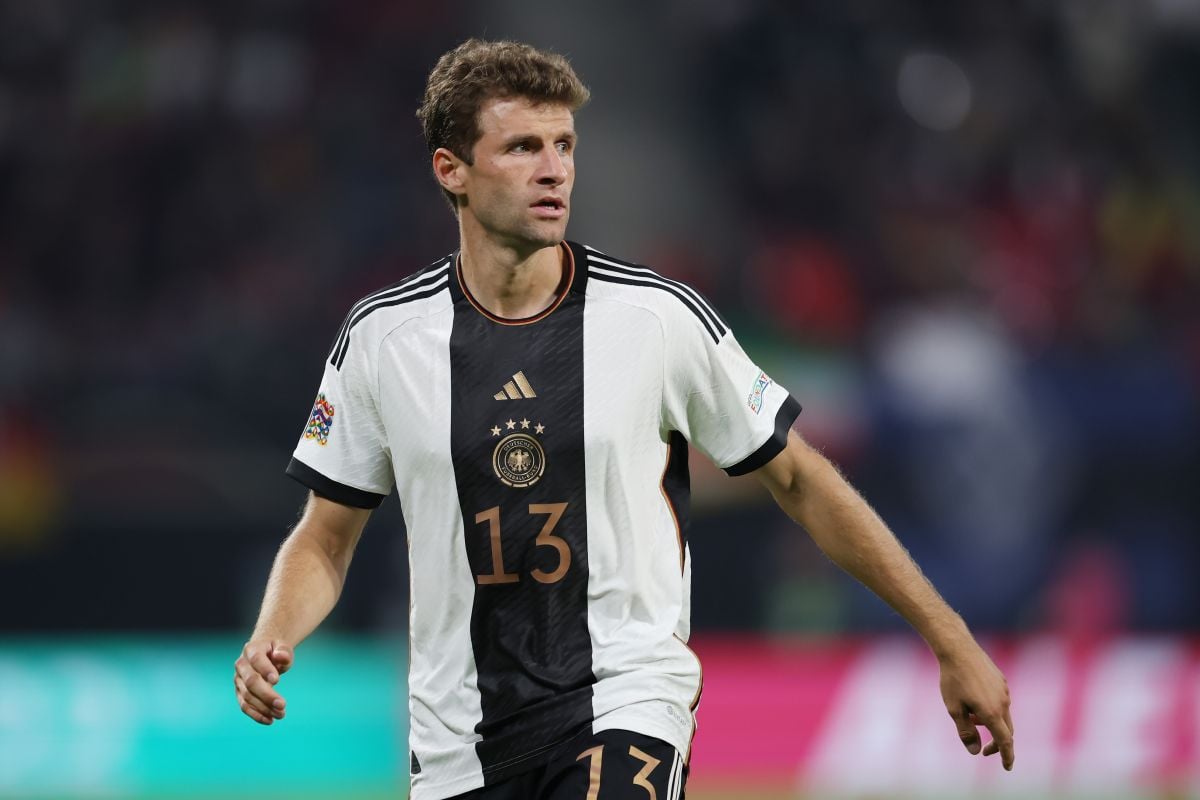 Real Madrid is synonymous with an important team in Europe, which is why now the midfielder who lives in Germany with Bayern Munich and who is present in the national team of the country mentioned above, Thomas Müller, took the time to talk about his wishes to be able to look a little more like the white team that won the last edition of the UEFA Champions League.

The German National Team faced England, and after the game, it was when Müller explained that he would like the German team, which will be at the Qatar 2022 World Cup, to have more of the DNA of Real Madrid. According to him, Los Blancos does not always play beautifully but always gets positive results to keep moving forward to achieve the goals set at the beginning of the season.

“I have worked under Ancelotti. Real Madrid can be an example for us. They don’t always play brilliant soccer but keep their heads up and confidence in themselves. That’s the way to do it,” Müller explained about Real Madrid.

Undoubtedly, this shows the power that Real Madrid has, as even a player who has won two trebles – German Cup and League plus the Champions League – on two occasions, plus different national titles and a World Cup with the national team, falls at the feet of the Merengue team and its style of play.

On the other hand, following the order of ideas about the approaches he would like to add to the German National Team, Müller, 33 years old, also emphasized how good it is to have a lot of players that make life in his team, Bayern, as they have different moves prepared to surprise their rivals inside or outside Europe.

“Since we have a lot of Bayern players in our squad, it can be an advantage that we understand each other naturally and can fall back on combinations and automatisms that also work at the club level. It would be great if we could work on that,” concluded the player who lifted the World Cup in Brazil in 2014.