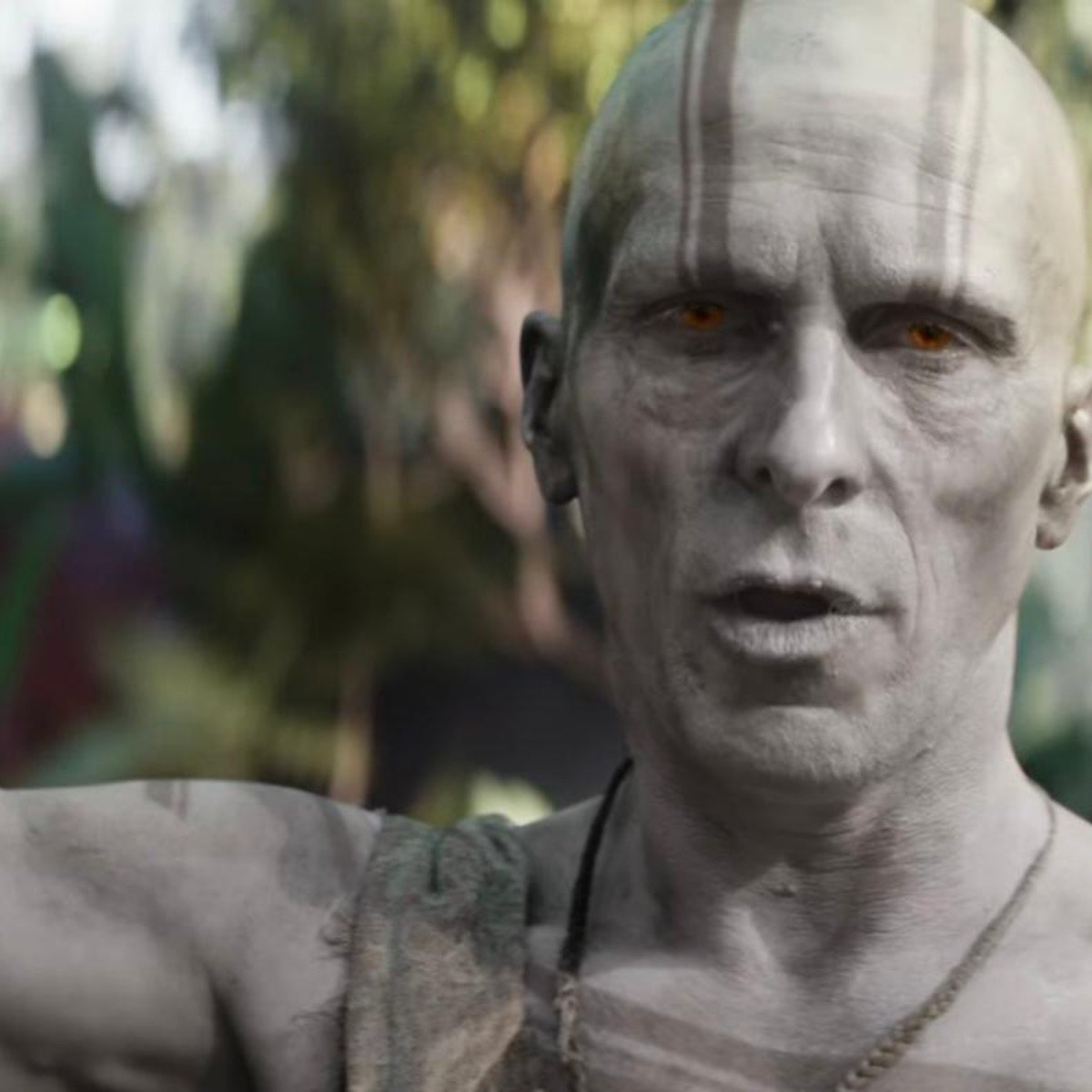 United States.- On Monday afternoon the official trailer for Thor: Love and thunderthe new movie Marvel Studios and the fourth of the God of Thunder, where different surprises were uncovered such as the appearance of Mighty Thor, Natalie Portman’s character, and Gorr’s first appearancethe Butcher God, played by actor Christian Bale.

Finally it is shown who will be the villain of the fourth film of Thorstarring Chris Hemsworthand how he looks characterized, causing great excitement among fans of his story, as well as those who admire the Marvel Cinematic Universe.

In the recent preview of Thor 4, you can see Bale in a very dark and malevolent facetmaking it clear that he will be one of the most feared villains in the MCU, even the director of the film, Taika Waititi, assured that The Butcher God is one of the “best Marvel villains”.

The appearance of hat, villain played by Christian Balepale, powerful and dark in appearance, will occur while Thor embarks on an adventure with the Guardians of the Galaxy through space, at which point he crosses their paths.

First look at Christian Bale as Gorr The God Butcher in ‘THOR: LOVE AND THUNDER’. pic.twitter.com/KMEkSqK3yB

in the trailer for Thor: Love and thunder It can be seen that the superhero and the villain will face each other in an epic battle, which has already generated high expectations. The film will be released on July 8 around theaters around the world.

It was in 2012 when in the comic Thor: God of thunder was introduced to Gorr, the Butcher Godwho was born three thousand years ago on a nameless planet and lived through difficult moments such as the death of his family, a reason that led him to stop believing in the gods and began to be excluded by his tribe, thus creating a new villain for him. space and now for Thor.

On the other hand, it is also shown, for the first time, to Zeuscharacter played by Russell Croweanother of the most anticipated characters on the part of the public admirer of the God of Thunder.