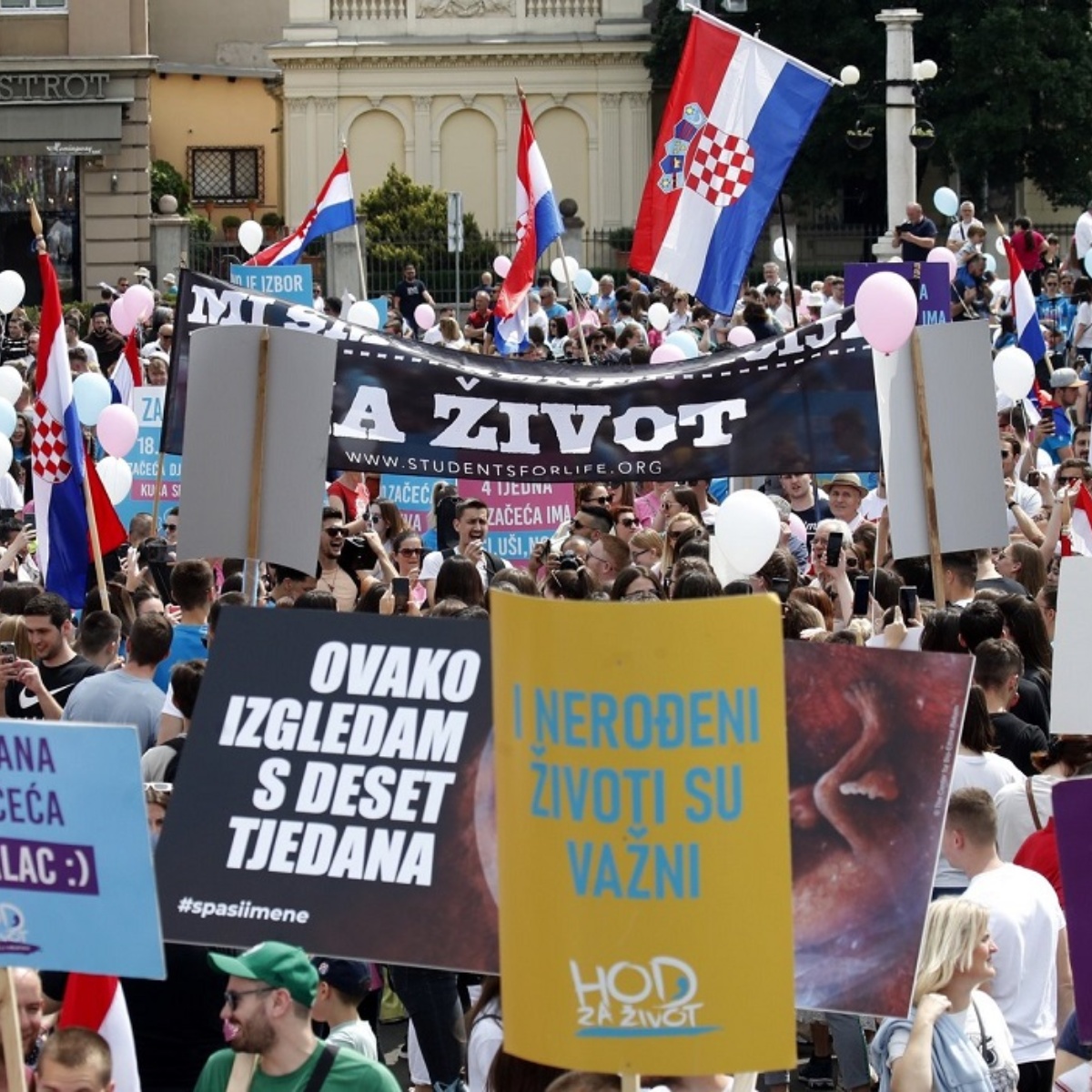 activists against abortion have protested in Croatia amid a fierce debate over reproductive rights in the country.

While abortion is legal in the heavily Catholic EU nation, growing religious pressure means many doctors refuse to carry out terminations.

Protests against abortion in Croatia

As we report in AmericanPost.NewsSaturday’s protest came after thousands of people rallied in support of a woman who was denied an abortion despite being diagnosed with fetal abnormalities.

Croatian health authorities have now given her permission to have an abortion.

Following mounting public outrage, a medical commission ruled last week that the medical and legal preconditions for the procedure had been met.

But he said the woman would have to travel to neighboring Slovenia for the procedure.

Concerns have been growing for years that the procedure is becoming less available in the Balkan country due to pressure from the Catholic Church and activists.

Women, abortion and the Catholic Church

An overwhelming majority of Croatia’s 3.9 million inhabitants are Catholic, and the Church plays an important role in society, mainly among women.

A doctor at Saturday’s “Walk For Life” rally in the capital Zagreb said he refused to perform abortions out of conscience.

Surveys suggest that more than half of gynecologists in Croatia hold a similar position.

Terminations are legal in the country and are allowed after the tenth week of pregnancy if there are serious risks to the health of the mother or fetus.

The existing law allowing abortion dates back to 1978, when the country was part of the former Communist-run Yugoslavia.

Croatia became an independent country in 1991, and since then increasingly influential conservative and religious groups have increased pressure to ban abortion.