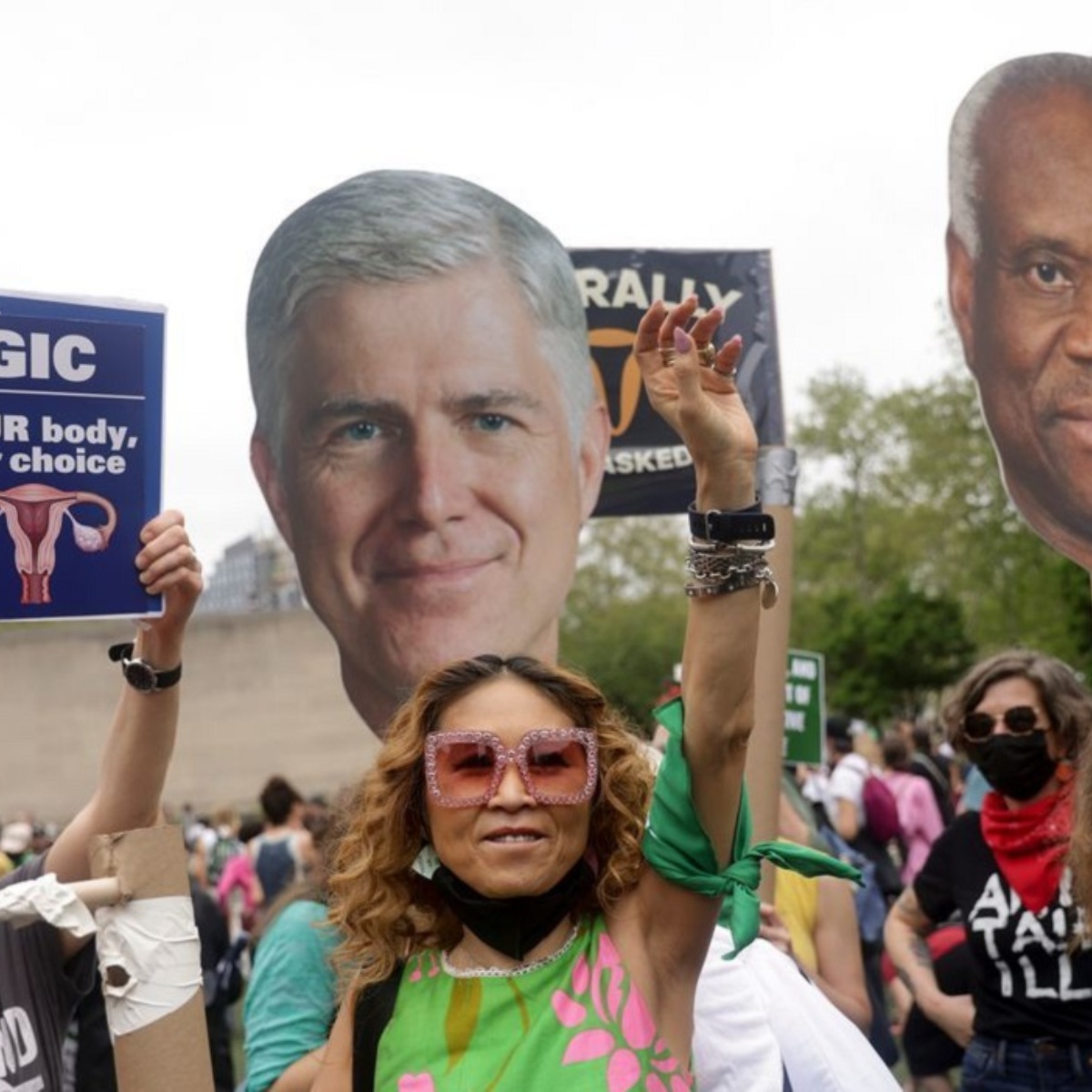 thousands of people in USA took to the streets to protest recent efforts to restrict the access to abortion.

The demonstrations Saturday’s nationals are a response to a leaked draft legal opinion that shows the US Supreme Court’s conservative majority is considering overturning Roe v Wade, a landmark 1973 ruling that guaranteed access to abortion nationwide .

Abortion rights protests in the US

“We are done with attacks on abortion. We march today to make our voices loud and clear,” read a tweet from the Women’s March, one of the groups behind Saturday’s “Bans Our Bodies” protests.

Protesters gathered in New York, Washington-DC, Los Angeles, Austin, and Chicago, as well as hundreds of smaller events across the country. In all, more than 380 events are scheduled from Maine to Hawaii, organizers said.

“We will be prepared to meet the moment, whether it be rallying in the streets, petitioning state officials, whatever it takes,” he said.

A march in New York began at noon local time in Brooklyn with plans to cross the bridge to Foley Square in Manhattan, while thousands more were scheduled to rally in Washington, DC and descend on the Supreme Court building.

The leak of the draft opinion has ignited fury over the possible rollback of abortion rights in the US ahead of key midterm elections in November, when control of both houses of Congress is at stake.

Democrats have pushed to codify abortion rights into federal law in a bid to nail down Republicans on the deeply divisive issue ahead of crucial elections.

The Law for the Protection of Women’s Health approved by the House would guarantee that health professionals have the right to perform abortions and that patients have the right to receive them. But Republicans and a Democrat in the US Senate scuppered the effort to promote the measure earlier this week.

Teisha Kimmons, who traveled 80 miles (128 kilometers) to attend a rally in Chicago, said she feared for women in states that are willing to ban abortion. Ella Kimmons said that she might not be alive today if she had not had a legal abortion when she was 15 years old.

“I was already starting to self-harm and would have rather died than have a baby,” said Kimmons, a massage therapist from Rockford, Illinois.

The draft opinion doesn’t square with American opinion overall: A new Politico/Morning Consult poll shows 53 percent of voters say Roe v Wade should not be overturned, up three percentage points from last week, while that 58 percent said it was important to vote. for a candidate who supports abortion access.

Republican-controlled states have already moved to restrict abortion rights in recent months, and overturning Roe v Wade would give them much more freedom to restrict or ban the procedure.

“We ALL lose if Roe is overturned,” tweeted Rachel O’Leary Carmona, executive director of the Women’s March.

“Even those in small conservative towns like mine in Texas who are grateful for their wife’s abortion during a pregnancy that put her health at risk, or fear their granddaughter may not have access if she was raped,” he wrote.

He had previously tweeted: “If you’re mad like me, join us in the streets this Saturday.”

As we have mentioned in AmericanPost.Newsthe right to access abortion in the United States has long sparked activism, but the leak from the Supreme Court has led to an increase in demonstrations, including outside the homes of judges.

The mostly peaceful protests have drawn Republican criticism over violations of court members’ privacy rights, but activists have responded by pointing to years of often violent protests outside abortion clinics and in nursing homes. doctors performing the medical procedure.