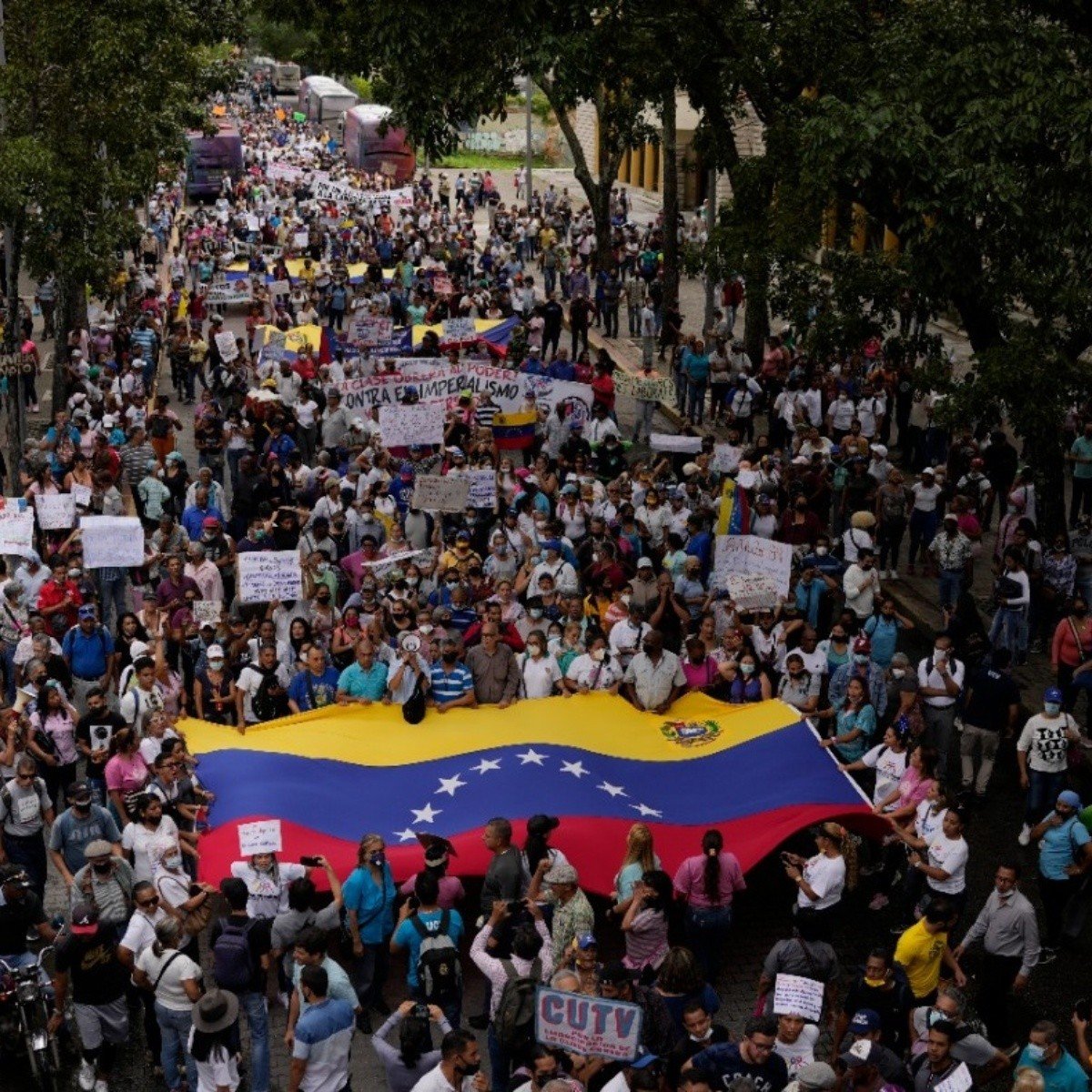 Thousands of teachers of the public sector took to the streets on Thursday in Caracas and other Venezuelan cities to demand that the government of the president of VenezuelaNicolás Maduro, better working conditions and respect for their rights.

Teachers, workers and administrative officials of primary schools, secondary schools and universities denounce that they received incomplete payments of benefits such as the vacation bonus, without taking into account the amount of their current salaries.

In Caracas, at the gates of the Ministry of Education, the demonstrators chanted slogans such as “We don’t want shows or cartoons, I want the minister to leave” Yelitze Santaella, a close ally of Maduro and former governor of the state of Monagas who took over the position in August 2021.

The calculation of the payment of the vacation bonus -which is paid to workers in the education sector at the end of the school year in July- had as a reference the salary of 2021 (1.52 dollars per month), by decision of the National Budget Office (ONAPRE) who argued that the new labor agreement has not yet been signed.

The measure caused great discomfort among educators, who consider that their rights were violated and without agreement their labor benefits were modified downwards. They added that they were paid 25% of the bonus and they do not know when they will receive the remaining 75%.

The teachers ask for fair wages and the repeal of the ONAPRE instructions that left in oblivion the calculation of any payment of a labor benefit based on the last salary earned.

The monthly salary – which most elementary and high school educators earn – is the lowest in the region, about 50 dollars on average.

“My son cannot think about going on vacation to the beach, he hardly comes to Caracas, because what they pay him is not even enough to eat,” said José Fernández, a 66-year-old retiree who joined the protest in solidarity with his teacher son. The pension of retirees like Fernández is also extremely poor, equivalent to the minimum wage of less than 30 dollars a month. “Retired people are also very bad.”

Businesses in Venezuela use the dollar as a reference to set prices, so they vary daily, usually upwards. A kilo of potatoes had a cost of two dollars on Thursday.

As is often the case in Venezuela, Maduro’s supporters simultaneously marched towards a plaza in downtown Caracas in support of the “achievements of the Bolivarian Revolution,” as they call the political project devised by the late president. Hugo Chavez which seeks to convert Venezuela into a socialist state.

“The priority of this government is the welfare of all workers,” said Nahum Fernandez, vice president of mobilization of the ruling United Socialist Party of Venezuela in a statement broadcast on state television. Fernandez, without giving details, asked for the understanding of all the workers and promised to do “everything possible” to address their claims.

Spokespersons for ONAPRE and the Ministry of Education have not made an official statement on the complaints.

The Venezuelan Federation of Teachers, which brings together many of the educators in the public sector, has warned that they could not start the school year in September if the Maduro government, among other demands, “does not fulfill its work obligations with the teaching profession.”

Educators also protested on Thursday in at least 17 of the country’s 23 states, regional spokespersons for the union indicated on their social networks.

In recent years, low salaries have caused the desertion of teachers, who are forced to dedicate themselves to other tasks to increase their income. According to figures from the Venezuelan Federation of Teachers, 50% of the 370,000 active teachers have dropped out of school since 2017.