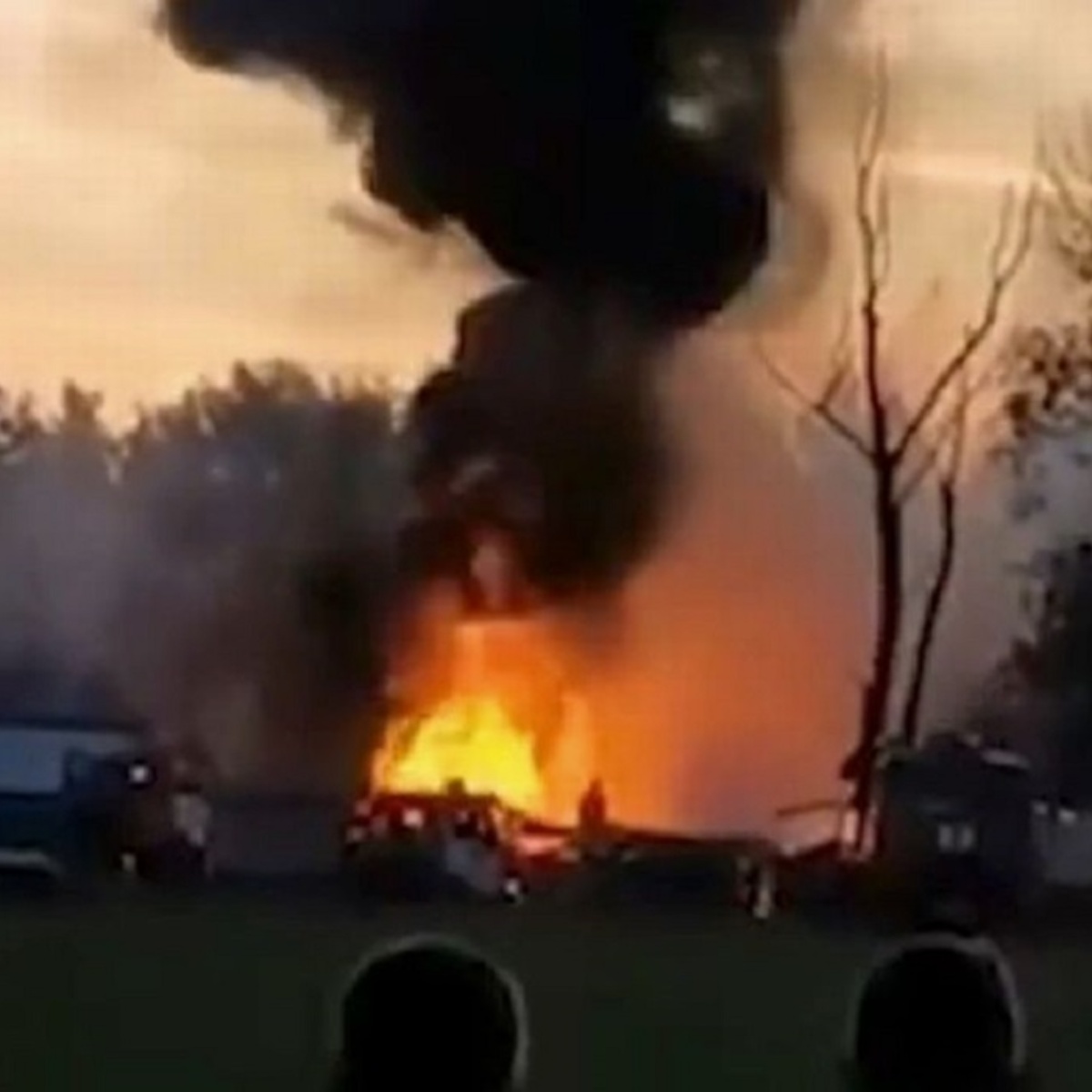 It is reported that three people died and six were injured after a military airplane caught fire and crashed in western Russia.

The deaths were reported on Friday (June 24) morning shortly after the IL-76 transport plane was forced to make an emergency landing in a field near the town of Ryazan.

There were nine people on board the plane at the time of the accident.

Nine people in total were on board the plane at the time of the crash, according to the Moscow-based Interfax news agency.

Images posted on social media show a line of fire trucks and an ambulance positioned in front of large flames.

The fire can be seen spewing dark black smoke in front of a row of trees, as a small crowd of people watch on camera.

A local report said the plane was attempting to land at nearby Ryazan airport when it crashed, while another source said it had stopped to refuel on its way from Belgorod to Orenburg.

Earlier this week, dramatic footage from the frontline showed the moment a Russian colonel crashed into his helicopter in a “ball of fire” after being hit by a Ukrainian missile.

The military helicopter carrying 51-year-old Lieutenant Colonel Sergey Gundorov was hit by a man-portable surface-to-air missile near Volnovakha in Donbas.

Vladimir Putin lost his 55th colonel in the Russo-Ukrainian war when the battered Mi-35 hit the ground before cartwheeling over a narrow stretch of forest, turning into a fireball and crashing into a field.

Flames and black smoke were seen emanating from the explosion as a second Russian helicopter fired decoy flares and he apparently escaped unharmed.

Total Russian losses in the war are believed to exceed 30,000, with some estimates closer to 50,000. These figures include at least 11 generals.