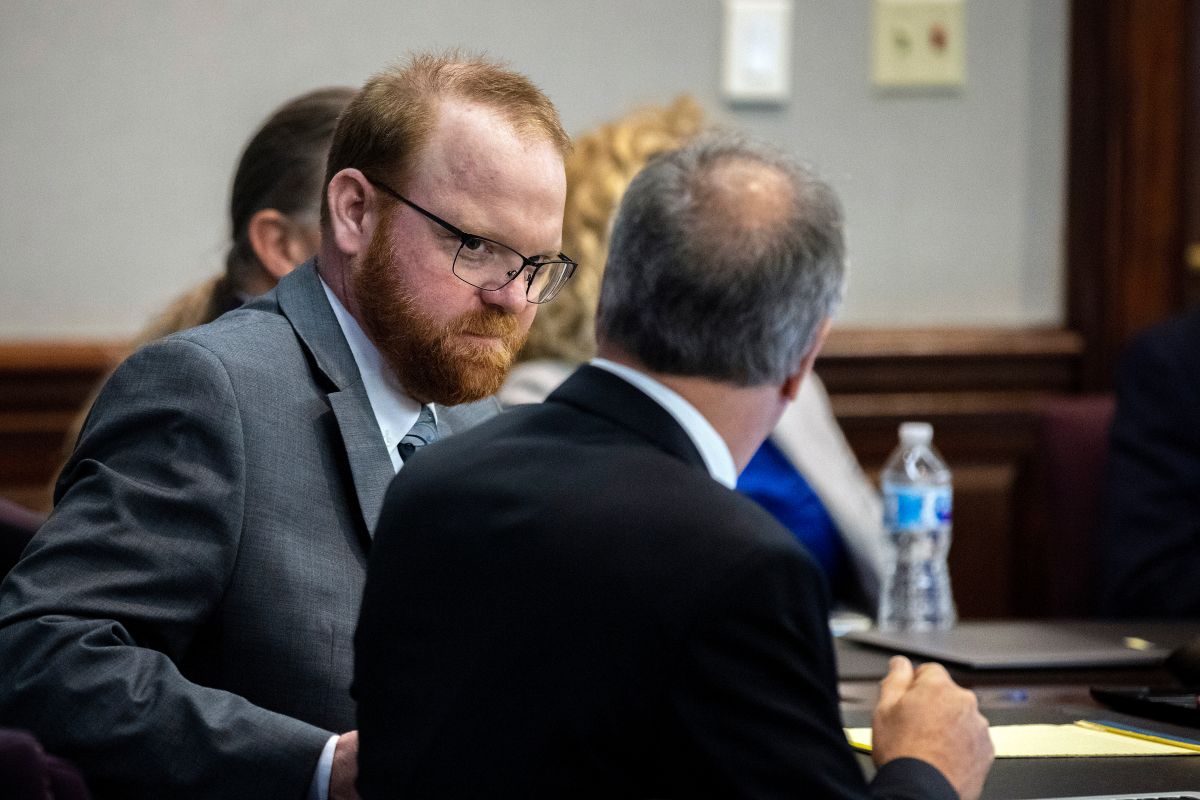 The Brunswick, Georgia jury made a decision in the trial of three white men accused of killing Ahmaud Arbery: Gregory McMichael, Travis McMichael and William ‘Roddie’ Bryan were found guilty of some murder charges if.

The Arbery’s murder on February 23, 2020 sparked outrage in the United States, when a video of the death went viral, months later.

All face a maximum sentence of life in prison without the possibility of parole.

After excusing the jury, Judge Timothy Walmsley told the defendants and their attorneys that he would contact them in the coming weeks about the sentencing date.

The judge then ordered that the three convicted men remain in the custody of the bailiff.

After reading the verdicts, the judge surveyed the jury to confirm that what was read in court was correct. All members answered yes.

The judge thanked the jurors and excused them from the courtroom.

Eight days of testimony followed, in which 23 witnesses participated.

Each of the men faced the same nine charges.

Travis McMichael, who shot Arbery to death, is guilty of all counts: murder by malice, four counts of felony murder, two counts of aggravated assault, false imprisonment and criminal attempt to commit a felony.

His father, Gregory McMichael, who was traveling armed in the bed of a pickup truck while his son was chasing Arbery, is not guilty of malicious murder, but is guilty of the other eight counts.

William “Roddie” Bryan Jr., a neighbor who joined the chase and filmed Arbery’s final moments, is guilty of three counts of felony murder, one count of aggravated assault, false imprisonment and criminal attempt to commit a felony.

The McMichaels and Bryan were arrested last year after the Arbery shooting in the Satilla Shores neighborhood outside Brunswick, Georgia, on February 23, 2020.

The McMichaels claimed they were carrying out a citizen’s arrest after suspecting that Arbery had robbed a nearby home under construction, and that Travis McMichael acted in self-defense by shooting Arbery. Bryan maintained that he was merely a witness.

Read more
* Hundreds of shepherds attend the court where the trial for the death of Ahmaud Arbery takes place
* 3 men charged with federal hate crimes for the murder of African-American Ahmaud Arbery in Georgia
* Who is Ben Crump, the “attorney general for African Americans” who gained fame with the most notorious cases of police brutality in the United States.