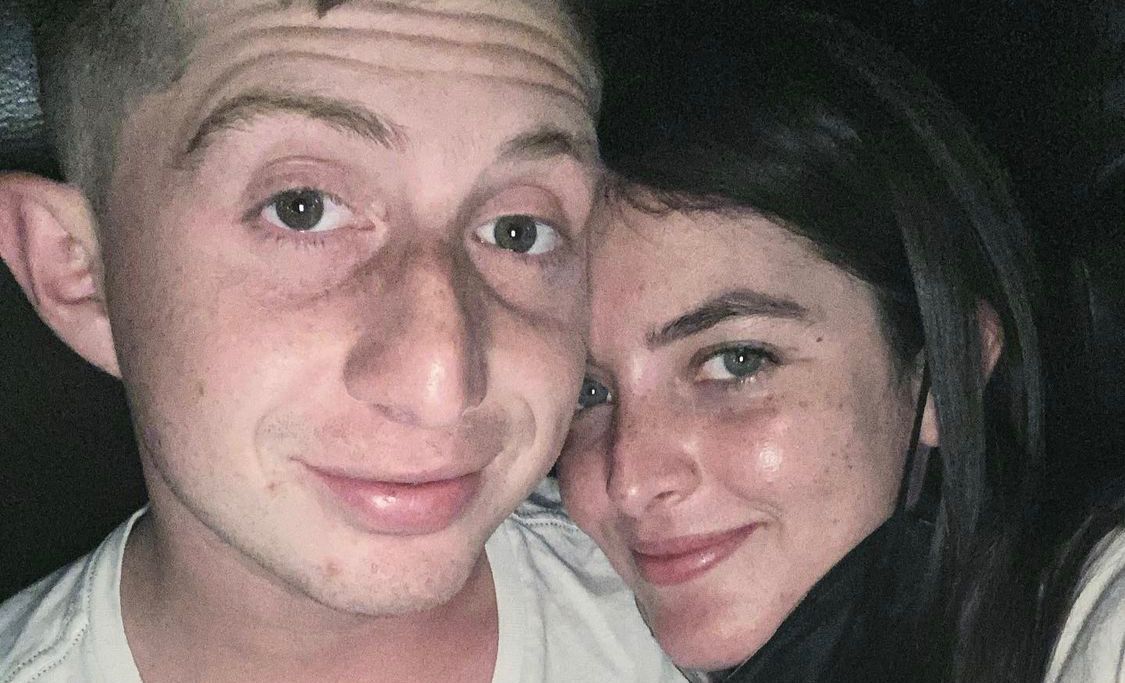 On October 29, the actor who gave life to Benito Rivers in the series NeighborsThis death shocked all the fans of his work as they saw him grow up, but above all it impacted his parents, his sisters Bertha and Ana, his friends and his fiancee Nerea Godínez.

In these three weeks, tributes have been paid to the late actor while his family and friends published unpublished photos of Octavio Ocana, dozens of memories with him and endless texts by way of farewell.

This November 19, Nerea Godínez made the decision to close her Instagram account after receiving an endless wave of criticism and accusations. Octavio Ocaña’s fiancee was judged for the way she is living her grief.

To get started, was harshly pointed out both for posting things about her boyfriend and for not crying in public at the various events, he was also accused of seek prominence, of wanting to minimize the pain of Octavio’s parents and sisters and even of having been an accessory to the alleged murder of the actor.

Not knowing the details of their relationship, which began in early 2021, Hundreds of fans of Octavio Ocaña assured that the young woman was an “interested” in the actor’s money and they also incurred in judging his body and his clothes, as he was pointed out as “disrespectful” when he appeared at the funeral wearing denim shorts.

On several occasions Nerea did what she could to request that people stop the attacks, clarifying that she lived her pain in private and although Octavio had already taught her to deal with cyberbullying, She explicitly asked to no longer be related to or blamed for the case.

In the video where she mentioned this, people continued to criticize her for having appeared wrapped in a sheet, netizens pointed out that, apparently, Nerea wanted to attract attention with her “naked” body and she had lost respect for her fiancé.

On the other hand, various accounts on social networks that tried to “clarify” the situation despite the fact that the investigation is still ongoing, they accused Nerea of a large number of negative events without foundation or evidence, from leaving Octavio at the scene of the incident to abuse of trust that he had with the actor’s family and even giving her fiancé money to “keep the party going.”

Although the young woman did not specify that the attacks were the reason for the closure of her account, there is a probability that she would have done it as the only alternative to cease the harassment and harassment that lived.

Also, in a live broadcast on September 9, he announced that he would not be returning to social media as she is “very worn out” from the whole situation and needs to take some time of mourning aloneTherefore, she will no longer give any type of interview to any medium, much less will she allow them to harass her in that sense.

“I can’t take it anymore. I know that I have to ignore all these types of people, many people have told me, but I can no longer and much less can I remain silent, then I’m going to stop uploading things for a while and going out in the press and all because I can’t take it anymore”, He concluded.

In the hours before the account was closed, Nerea published tender moments with Octavio, including a video where the actor asked for his hand.

It is currently known that Ocaña died from a gunshot wound to the head, which occurred after a chase with the police in which his truck ended up crashed on a highway in the municipality Cuautitlán Izcalli, State of Mexico.

From the beginning, the details about the incident had many inconsistencies, so the family of the beloved actor decided to fight so that the Attorney General of the State of Mexico do not close the research folder until you get an insightful result.

Between “Neighbors” and life with his girlfriend: how were the last months of Octavio Ocaña

Nerea Godínez returned to the place where Ocaña died