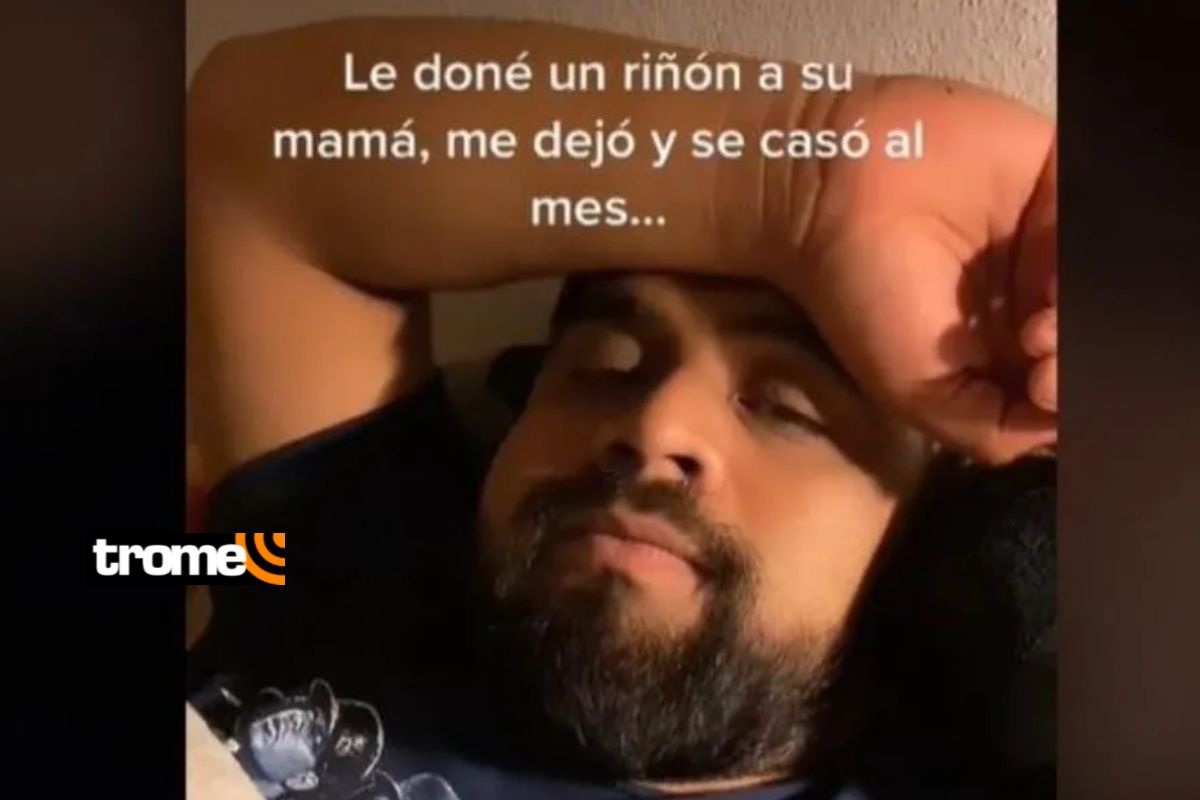 ALL FOR LOVE? A man went viral in TikTok after telling that he donated one of his kidneys to his girlfriend’s mother, but that after only a month she left him to marry another. The video is accompanied by the song Favorite Crime, which is very popular among users of the aforementioned platform and is used to tell sad stories.

ALSO READ: Woman quarantines with man she just met on Tinder after testing positive for covid

Uziel Martínez, the name that appears in his user profile, appears reclining with a sad face. “I donated a kidney to his mother, she left me and got married a month …”, he says in the video, which is accompanied by the hashtags: Heartbreak, fake love, he left me among others.

In the comments, many told him that he and his story beat the video of the student who stopped studying at Harvard because he was with his girlfriend, but she finally left him too.

After his video went viral on TikTok, with more than 6 million views, Uziel responded to some comments, one of them telling him to remove that face and that he would soon find a partner who values ​​him.

“Actually I’m fine, I’m emotionally, I think so is she. I have nothing against her, we are not friends, but we do not hate each other. I only did it for a TikTok I didn’t think this could get out of control. My life is still normal ”, was what the tiktoker said.