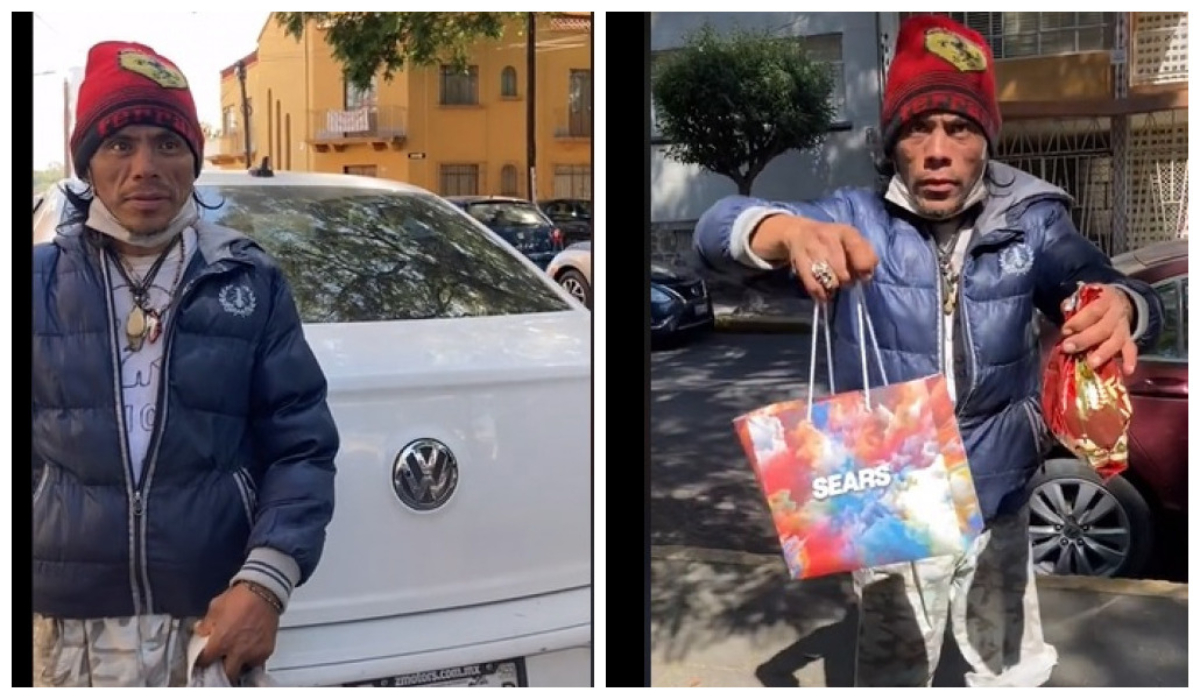 The Christmas season is a good time to share with those most in need and good deeds are always rewarded, and that is exactly what happened to Fernando Aragón, a young tiktoker who selflessly gave money to a homeless person, but was surprised when he saw that he gave him a gift in gratitude.

The moment was captured on video and shared on TikTok, where it has moved users who praised both the gesture of the young man and the homeless.

The moving moment was captured on video and shared on TikTok, in the account @fercarnal.

Tiktoker is moved to tears

Fernando Aragón, the young tiktoker, was moved to tears by the gesture of the indigent who responded to him in the same way as him, giving him a gift in a disinterested way.

And it is that the tiktoker, originally from the Mexican city of Cholula, in the central state of Puebla, went out to the streets of the Mexico City and he gave himself to the task of asking people in the street, how they were going to spend the Christmas.

Regardless of the answers, Fernando Aragón gave them money for Christmas, so they could buy something, either for dinner or whatever they needed.

“What’s up (colloquial way of asking what’s up) father, how are you? Where are you going to spend it? Asked Aragón.

“I’m going to be here, well by myself”answered the homeless man.

Right away, Fernando Aragón gave him money and wished him Merry Christmas.

Then The homeless man told him to accompany him to where he had a backpack and from there he took out two bags, and gave Fernando Aragón to choose, who was reluctant to take one.

The man in a street situation told him that they were “aguinaldos”, sweets that are given in the posadas in Mexico.

The tiktoker did not want to accept the gift that the homeless person gave him, but he told him that if he did not accept the “Christmas bonus”, he would return the money.

So, Fernando Aragón accepted it and he was too moved to tears.

Then they hugged each other and wished each other Merry Christmas. The images were shared on TikTok. The video has more than 4.5 million views.

– “Sit down Karen”: Fight in Delta flight over the use of a mask ends with a woman arrested