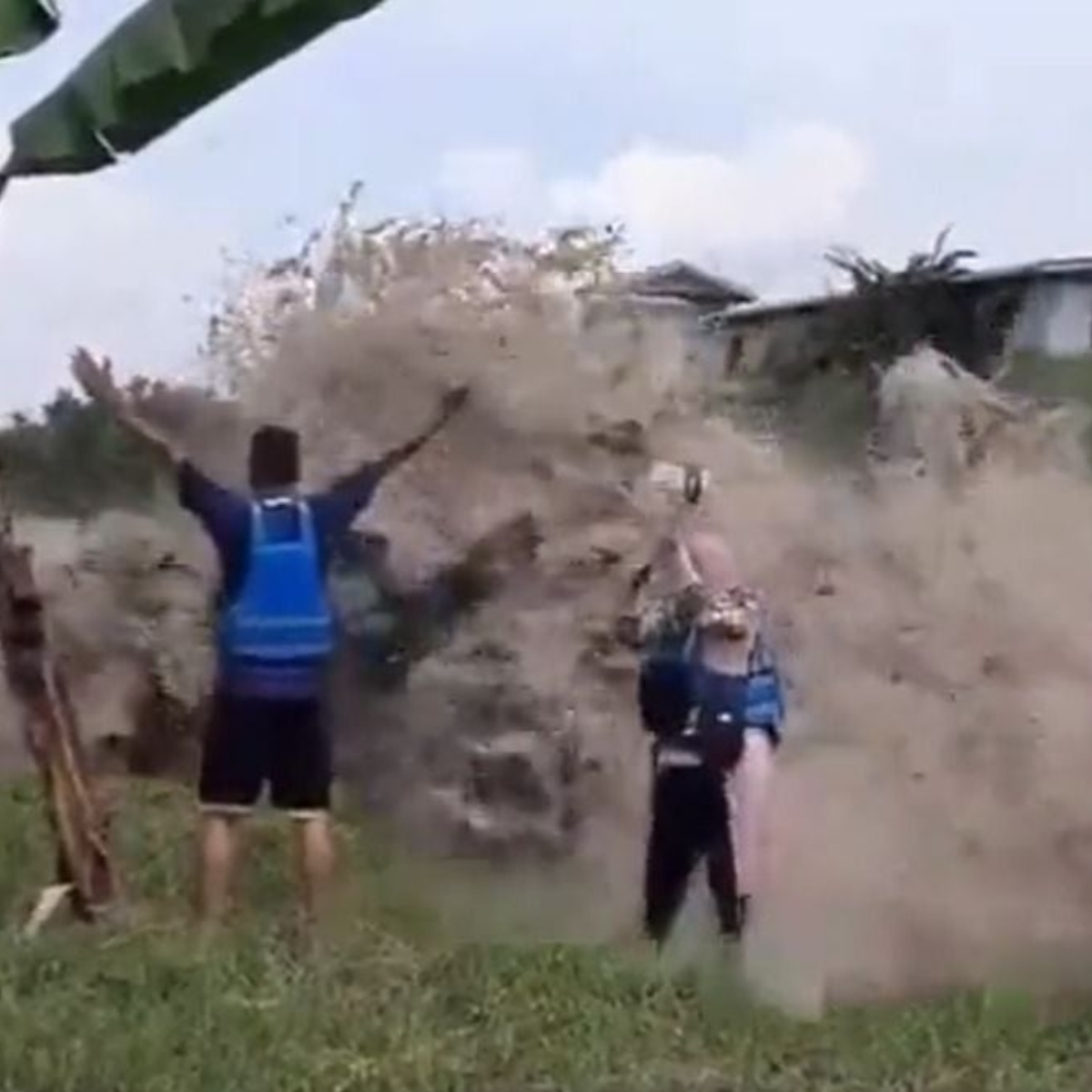 AmericanPost.News lets you know beforehand that a violent eruption of an underwater volcano caused a tsunami on the island of Tonga. However, the detail that caught the attention and outraged hundreds of netizens is that several Tiktokers took the opportunity to record the arrival of the waves on land.

In these clips, young people are seen having fun on the riverbank while they wait for the arrival of the water. When they see the waves approaching, they start running at full speed but end up being dragged by the force of the current. Fortunately, they were safe and the controversial feat was recorded on the camera lens.

Said recordings It didn’t take long for them to go viral on all social networks., which caused outrage among netizens. Later, it was confirmed that some of the clips do not correspond to the tsunami that occurred days ago, while others belong to other places.

harsh criticism against him

Before knowing that the clips were not recorded during the tsunami of the island, netizens launched harsh criticism against him. One of them assured that the new generations, who have become addicted to social networks during the quarantine, are capable of risking life in order to gain relevance on the internet.

“Life for a like”, “Tsunamis in the time of TikTok”, “The curious thing is to see an individual who, despite the danger, did not release his cell phone to record that dangerous wave” and “The recklessness of some people recording the arrival of the tsunami to Tonga to upload it to TikTok” are some critics found on social networks.

What happened in Tonga?

The Hunga-Tonga-Hunga-Ha’apai volcano erupted in 8 minutes, and triggered a tsunami that reached the islands of Tonga. However, this event not only affected that place, since it also caused the sea level to rise in the Mexican Pacific.