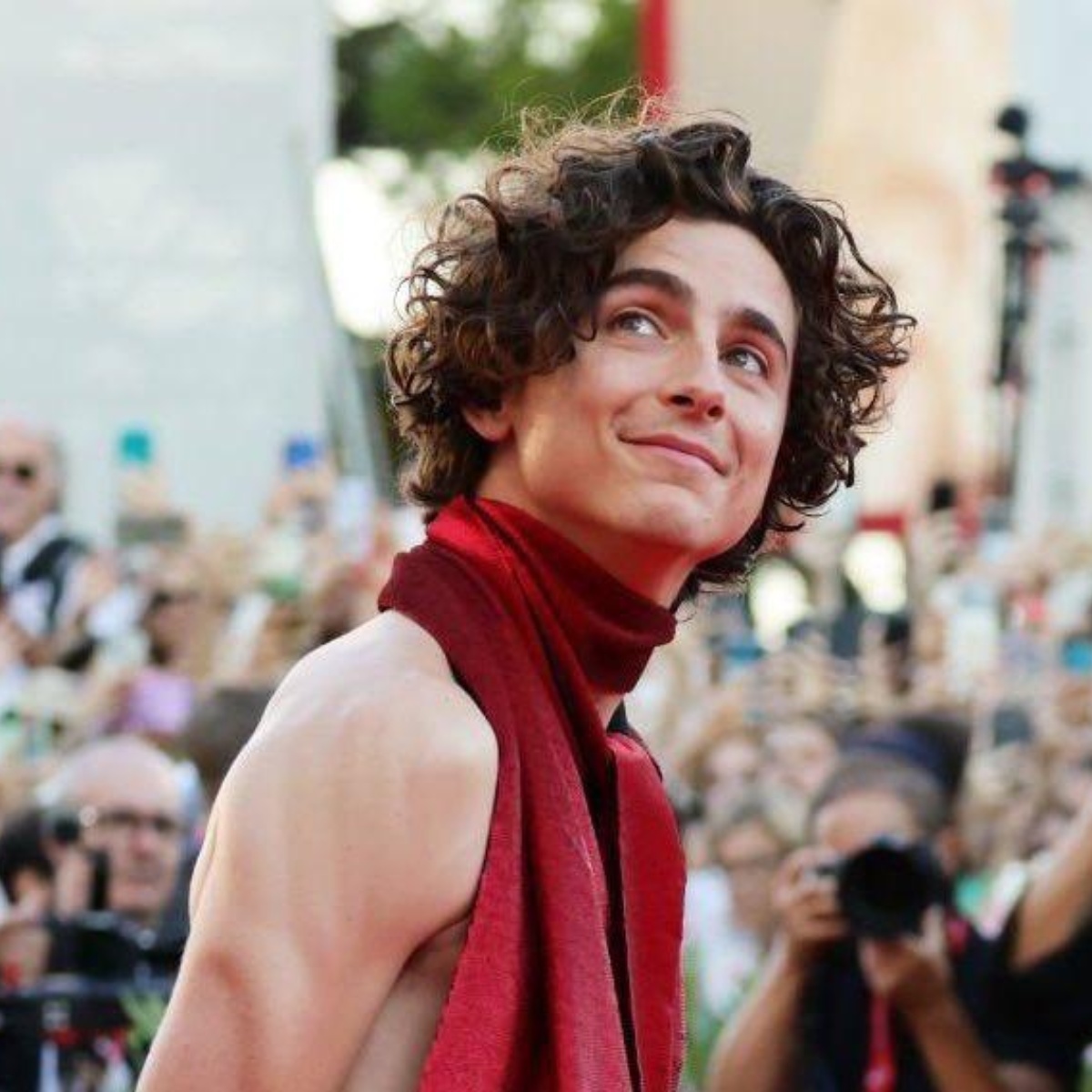 Timothée Chalamet is a famous American actor who recently sparked madness among hundreds of people as he walked the red carpet at the Venice Film Festival, showing off an authentic and attractive outfit.

It turns out that the successful actor appeared in a fitted red suit of a unique design with an open back to present his latest movie, “Bones and all.”

It should be noted that the handsome Timothée Chalamet is at the Venetian show for the premiere of this film with which the Italian Luca Guadagnino, who catapulted him to fame with “Call me by your name” (2017), aspires to conquer the Golden Lion of this 79th edition of the contest.

Timothée Chalamet and his bare back

Not to be outdone, for the occasion, the Palazzo del Cinema was attended by an avalanche of fans and onlookers who saved their space early in the morning, with banners and cameras in hand and with umbrellas to protect themselves from the sun during the long hours of waiting.

It was then that the attractive Chalamet unleashed a real craze among his fans when he appeared wearing sunglasses and dressed in a fitted and bright red outfit composed of pants and a top with a foulard that only covered his chest but left his back completely bare.

It was noted that just before the talented actor, director Guadagnino, who has adapted the novel of the same name by Camille DeAngelis into his seventh feature film, arrived, and co-star Taylor Russell, wearing a voluminous green dress and white gloves.

“Bones and all” in Venice

If we recall, the two young actors star as a couple of abandoned and marginalized boys who share the same fierce cannibalistic instinct and look for their place in the world together.

Numerous stars accompanied the premiere on this third day of the event, some of them Spanish, such as the actor Jaime Lorente, known worldwide for his role as Denver in “La Casa de Papel,” María Pedraza, or the model Eugenia Silva.

It is worth mentioning that other stars also walked the red carpet, such as the British Simone Ashley, famous for her work in the series “Bridgerton,”; or the American actresses Sydney Sweeney and Maude Apatow from the series “Euphoria.”