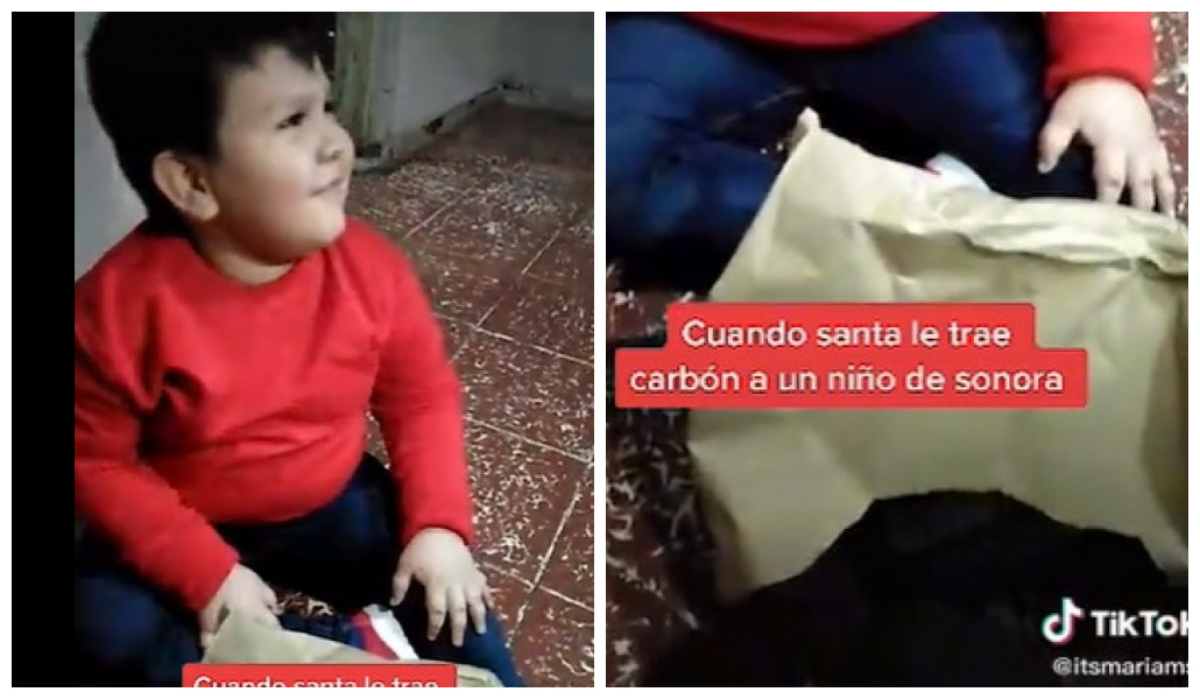 Alexander is a boy from the Mexican state of Sonora who stole the hearts of TikTok users after his tender reaction receiving coal as part of the Christmas gifts, left by Santa Claus.

And it is that like all children, at Christmas he looked forward to and with great emotion the gifts that Santa Claus brought him, but it was not about toys or cars as he expected.

But When he opened the bag he was surprised, because it was coal, something that he took with great humor and optimism, far from being angry or feeling sad about not receiving a toy.

According to the Christmas tradition, Santa Claus leaves coal to children who misbehaved, although in this case it was a joke they played on the little one.

“Charcoal .. For roasted carnita”Said the little boy, about five years old, when he opened the paper bag that Santa Claus brought him, and his tender smile conquered TikTok users.

The images were shared on the TikTok account of María Fernanda (@fernandiux), Alexander’s aunt.

“When Santa brings coal to a child from Sonora,” wrote @fernandiux with the video of his nephew.

“I thought they were some cars”

“I thought they were carts”said Alexander, who was never dissatisfied with the coal received.

The tender reaction won over TikTok users and left some wondering if that was really a joke or was it the real gift that Santa Claus left him.

“Out of joke, if they gave him something, right? Why did it give me a lot of feeling, I just want to know if they brought him something, “wrote a netizen.

And indeed it was a joke from his family members, but despite that the little one reacted positively and optimistically, because I immediately thought I could do with the coal.

In another video, María Fernanda shows the real gifts that little Alexander received at Christmas, who likewise opens them with great emotion, even before tearing the wrapping paper he asks if he can do it.

But without a doubt, the first is the one that has conquered Internet users, since the video went viral and has so far more than 1.1 million views.

–TikTok Video: Poignant, homeless responds with a gift to a young man who gave him money on Christmas