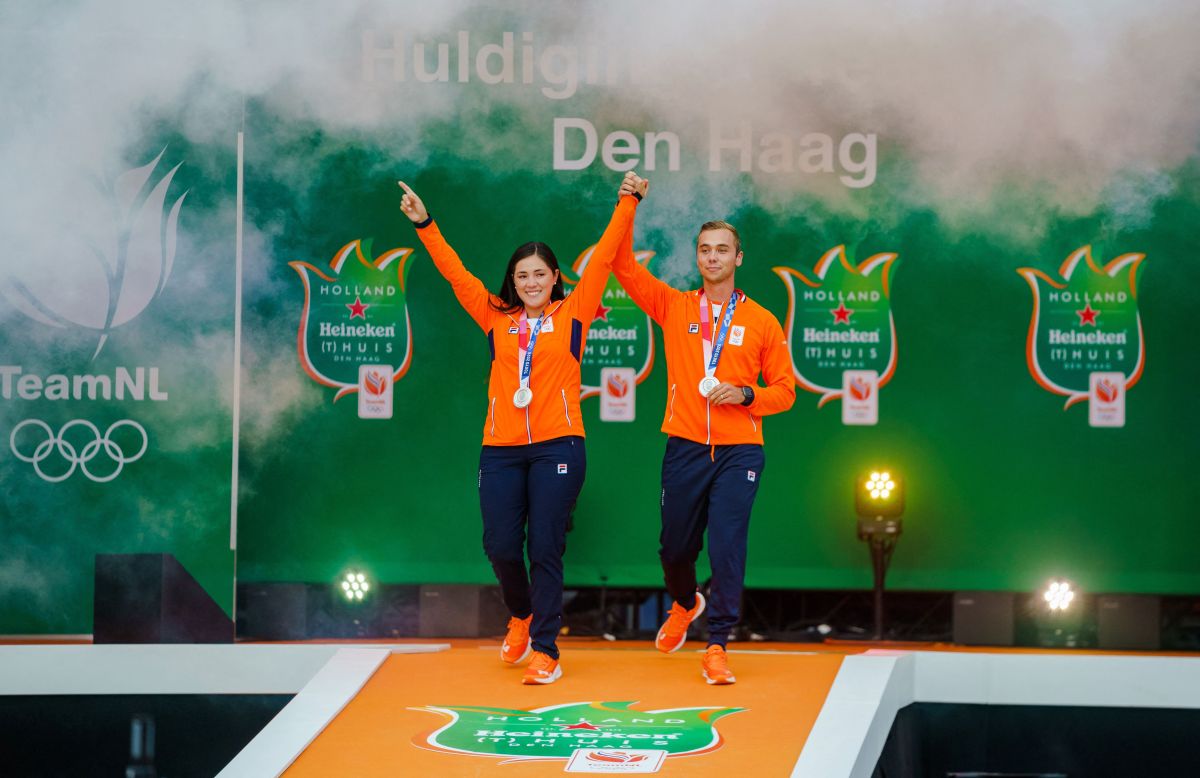 The Olympic Games bring with them a lot of excitement on the part of the spectators who support their athletes with the intention of see with pride the flag of each of the nations. In the first two days of competition, Mexico obtained its first medal in Tokyo 2020. This medal represented the first for Latin America in the competition. But nevertheless, another Mexican also won a medal, but represented the colors of the Netherlands: Gabriela Bayardo.

“It is a double win for Mexico (…) I am representing the Netherlands because I have dual citizenship. I am very happy to be here and that things were given to them (the Mexicans) and to us and we have won a medal ”, assured Bayardo.

His surname Schloesser denotes that the Tijuana-born archer has that link with the European country. Bayardo won the silver medal in mixed archery, a medal that could have meant a new achievement that It would allow the Aztec nation to continue advancing in the medal table and increasing the positive record of this edition.

Mexicans with achievements in other countries

Bayardo is not the only Mexican who managed to get a medal, but representing another country. In fact, the archer is the second in history. The first was Armando Fernandez. Former water polo player earned a bronze medal at the 1984 Los Angeles Olympics. The athlete born in Mexico City represented on that occasion the colors of Germany.

Besides, Oscar Salazar was a Mexican medalist at the Games Athens Olympics 2004. However, in Tokyo 2020 contributed to Egypt winning a pair of medals. Salazar is the coach of the Egyptian taekwondo team. In this sense, he was the trainer of Hedaya Malak and Seif Eissa, both of whom achieved a medal in their categories.

DISCARD RETURN TO MEXICO, IF THERE ARE NO CHANGES!

The historical, Oscar Salazar became the first Mexican to get a medal as an athlete and as a coach (he won two bronzes as coach of Egypt).

He assures that he will not return until the management in the federation improves. pic.twitter.com/ZqHUKQ5Scm

Finally, an achievement similar to that of Óscar Salazar occurred. Salvador Sobrino is an Aztec trainer who was part of the coaching staff of Melissa Wu, Australian diver who He won the bronze medal in the individual 10-meter platform.

Mexico and the most awaited moment: El Tri received its bronze medal in Tokyo 2020

Moving videos of Mexico’s victory: the tears of “Memo” Ochoa and the farewell of Jaime Lozano from El Tri