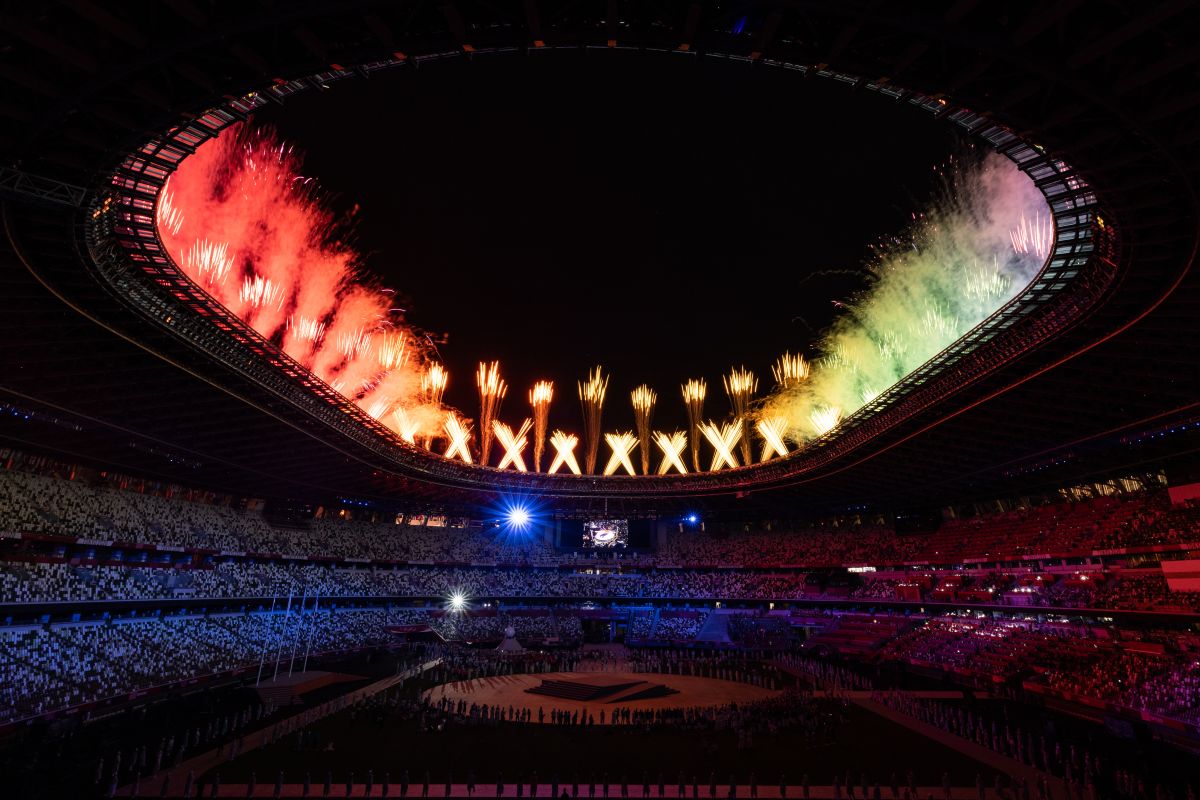 The Tokyo Olympics came to an end.

The Japanese capital said goodbye on August 8 17 days of pure emotion in a closing ceremony that puts the finishing touch to the “strangest” Olympics in history.

Fireworks lit up the Tokyo Olympic Stadium to usher in this final chapter.

In the opening segment called “A world of applause”, we relived the excitement of the Olympic Games with a video that reviews the 17 days of events and competition.

“The Venezuelan athlete Yulimar Rojas he is the absolute star of that compilation ”, said from the Japanese stadium the correspondent of BBC Mundo in Tokyo, Tamara Gil.

By Tamara Gil, special envoy from BBC Mundo to Tokyo

The Games in Japan ended with the same lack of emotion that have characterized them and a sober tone forced by the pandemic, which has marked everything.

The Japanese strove to generate excitement and the enthusiasm of the athletes – their effort, their victories, their falls and their great gestures of camaraderie – was undoubtedly the highlight, also in the compilation videos that were broadcast at the event, facts tailored for the public that never was: the one who saw the ceremony from their homes.

Clearly the event was designed for all of them: there were numerous parts that did not even happen in the stadium itself and the Paris relay – with perfect coordination and a much more lively and close French celebration than the one that took place in Tokyo – was a hard contrast and one more reminder of how unprecedented these Olympics have been.

With the hospitality that characterizes them, the Tokyoites said goodbye with an “arigato” in glittering letters, placed on both sides of the colossus; a sense of “thank you” that should undoubtedly also provide a respite for guests.

“We express our gratitude for the countless people who gave us their strength and helped us get to the closing ceremony,” said the organizers.

Minutes later, the Japanese national flag was carried onto the stadium stage by six flag bearers. According to the organizers, it was a moment for the Japanese hosts“expressaran to the whole world the utmost gratitude ” by healthcare professionals who worked tirelessly during the covid-19 pandemic.

In the empty stadium – although with slightly more people than other days – the national anthem of Japan sounded, sung by Takarazuka Revue, a musical theater company with more than 100 years of history.

Prince Fumihito, heir to the throne of Japan, stood in the stands next to Thomas Bach, President of the International Olympic Committee (IOC).

And the parade of athletes began, led by Japan as the host country.

Unlike the opening ceremony of these Olympic Games, in this closing event the athletes paraded without an established order.

However, many nations were not represented by their athletes.

Tokyo regulations caused many competitors to fly back to their respective countries within 48 hours after the end of their competitions to minimize the risk of infection and the spread of the virus among the local population, which is why some of the flags were carried by volunteers.

The athletes who remained in Tokyo came out to the stadium. Some danced, others grinned at the camera. They weremoments of happiness.

The ceremony continued with lights and performances.

“Each particle of light comes together to form the Olympic rings, a timeless symbol of global unity that brings millions together in a shared celebration,” said the organizers.

One of the most striking performances was that of the group Tokyo Ska Paradise Orchestra, a Japanese band from “Tokyo ska”, an original style based on Jamaican ska, but with a Japanese influence.

Then the Beethoven’s Hymn of Joy at the New Olympic Stadium in Tokyo, an exciting time. And the flag of Greece was raised, the country where the Olympic Games were born.

It was time to award the winners of the final of the female and male marathon.

The medals were made from precious metals recycled from small electronic devices, mostly from old donated cell phones.

This was followed by a spectacular musical and visual display. Japan exhibio its most traditional culture.

It was time to pay tribute to those close to 71,000 volunteers that helped the Games run smoothly.

A video showed traditional dances that have been passed down in Japan from north to south, from generation to generation.

Starting with a popular song and dance from the Ainu people, the video continued with other traditional dances: Ryukyu Eisa, Nishimonai Bon Odori and Gujo Odori. The videos showed traditional festivals and beautiful landscapes, which seemed to transport us in a virtual tour of Japan.The segment ended with a new version of popular music “Tokyo Ondo”.

Tokyo 2020 came to an end, but the spirit will continue in the Games Olympics out of 2024.The Olympic anthem sounded and the Olympic flag was lowered, which the Governor of Tokyo handed over to the President of the IOC and eventually to the Mayor of the next host city, ParisThe French national anthem sounded. The French national flag was raised to the beat, while Paris presented its artistic segment.

And while the empty stadium in Tokyo said goodbye to the Olympics, Paris invited the world to the next Summer Olympics to the tune of a reorchestrated Marseillaise.