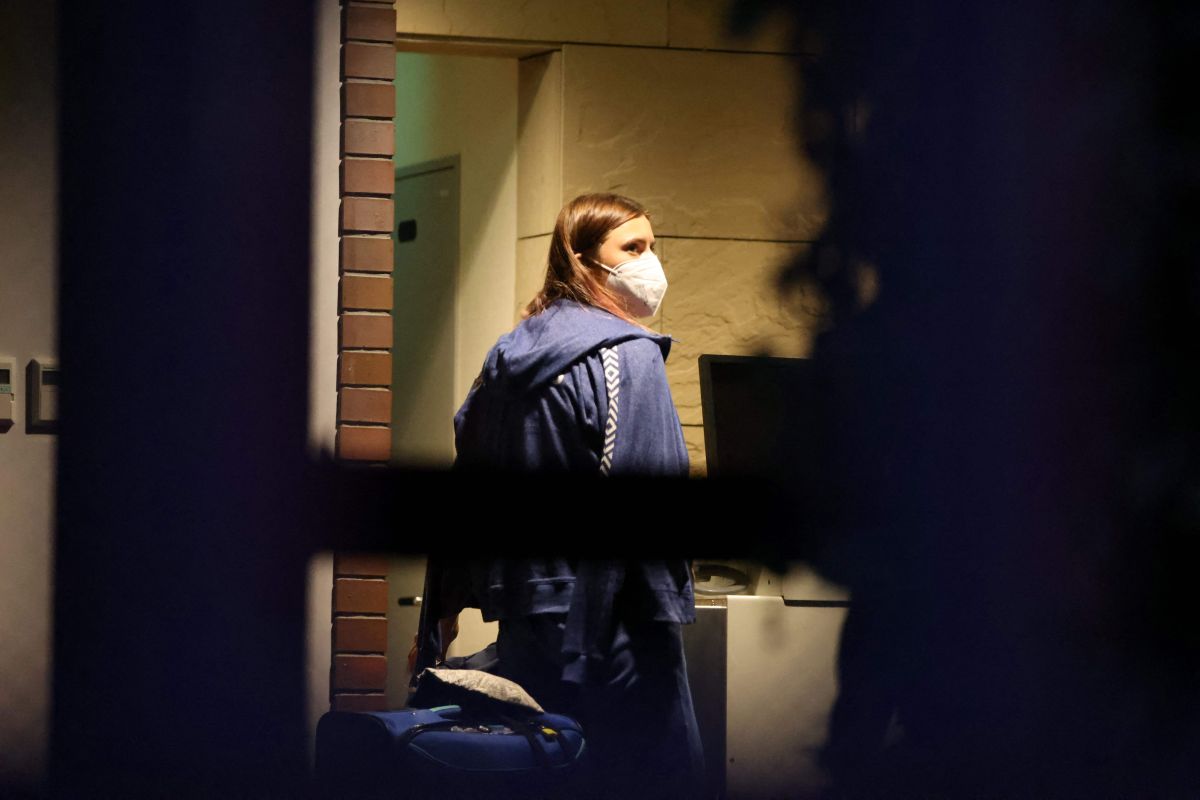 The runner originally from Belarus who disobeyed the order to return to her country during the Tokyo 2020 Olympics has said her actions were not politically motivated.

“I love my country and I did not betray it,” Kristina Timanovskaya told the BBC.

Timanovskaya attributed his behavior to “the mistakes made” by his country’s delegation to the Games.

The 24-year-old athlete has received a humanitarian visa by Poland and is currently at the Polish embassy in Tokyo.

According to her followers, she is expected to leave Japan on Wednesday for Warsaw.

Timanovskaya had expressed fears about her safety after, after criticizing her coaches, she was forced to pack her bags and drive her to the airport.

The Belarusian authorities stated that she was removed from the delegation because of her emotional state.

The athlete revealed to have been surprised when the team leaders told her that she was returning to her country, since -in her opinion- she had not said “nothing political“.

Asked about the possibility of returning to Belarus, she indicated that she will only do so when it is safe: “Maybe I can return after five or 10 years.”

The International Olympic Committee has launched a formal investigation into accusations against the Belarusian delegation of having tried to force the athlete’s return to their country.

“We need to establish all the facts and that can take time; while, our main concern is the athlete“Said agency spokesman Mark Adams.

The Committee has asked the Belarusian Olympic authorities to issue a report and gave them until the end of this Tuesday.

Poland’s Deputy Foreign Minister Marcin Przydacz said Timanovskaya is in direct contact with diplomats in Tokyo and that his country will do “whatever it takes for her to continue her sports race“.

The Belarusian government has yet to comment on the decision of its Polish counterpart. The European Union, meanwhile, has praised Warsaw’s actions.

The incident with Timanovskaya has once again put Belarus in the eye of the storm, the scene last year of massive protests against the re-election of Alexander Lukashenko, president since 1994.

Some of those who joined the protests, which were violently repressed, were athletes who, due to their participation in them, ran out of funds, were removed from national teams and arrested.

On Monday, the Olympic Committee spokesman said action was taken in the run-up to the Games against the Belarusian committee, including the son of the president, for these sanctions to the athletes who expressed their opinion.

Nabila Massrali, spokeswoman for the European Union’s foreign policy chief, Josep Borrell, pointed out that the attempt to repatriate Timanovskaya against his will was “another example of the brutality of the repression of the Lukashenko regime ”.

Timanovskaya’s husband, Arseniy Zdanevich, has fled the country and is currently in Ukraine. From there he told the BBC that the couple have never been involved in politics and that they will return if they do not have to face criminal charges.

In a different vein, this Tuesday the head of the organization that helped Belarusians to flee their country was found dead. The body was found in his home, near the border with Ukraine.

Arseniy Zdanevich has confessed his fear that he is being followed.

An hour to go

The runner was going to compete in the 200-meter sprint event on Monday until she expressed her complaint on social media about being included in the 400-meter relay event on very short notice, after some of her teammates were unable to compete.

Timanovskaya’s video received criticism from state media; in one of the channels she was accused of not having “team spirit“.

According to the athlete, officials from her country came to her room and gave her an hour to pack before being escorted to Haneda airport in Tokyo.

“They tried to take me out of the country without my permission,” he said in a video that appeared on the Telegram channel of the Belarusian Sports Solidarity Foundation, created last year to support athletes critical of the government.

The Belarusian Olympic Committee responded that she was removed due to her “emotional and psychological“.

Her coach, Yuri Moisevich, said Timanovskaya seemed anxious when he spoke to her on Sunday.

“I tried to have a quiet conversation with her and I succeeded, but then she would stop talking and start all over again, then she would pick up the phone and I realized something was wrong.”

“The first decision I made when they took me to the airport was to call the police,” the athlete told the BBC.

The second decision was to talk to her husband about leaving Belarus “as soon as possible”.