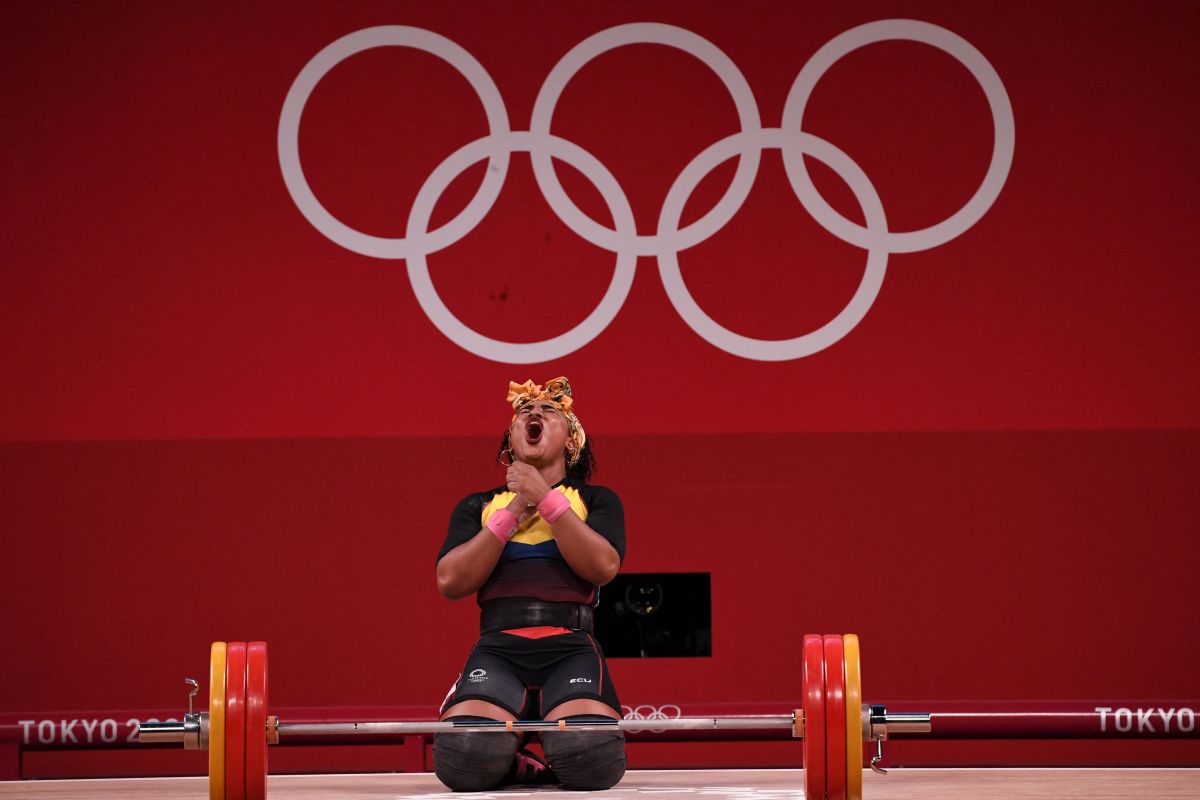 Excellent day for Latin America this Monday, August 2, at the Tokyo Olympics.

Cuban Yaime Pérez won bronze in the women’s discus throw final to close with a flourish a day when the region collected nine medals in total.

Cuba got six of these: two gold, two silver and two bronze.

Luis Orta and Mijaín López they conquered the golden medals in Greco-Roman wrestling.

Leuris Pupo obtained silver in rapid shooting at 25 meters and the athletes Juan Miguel Echevarría and Maykel Massá they got silver and bronze respectively in the final men’s long jump event.

Hours before, the Puerto Rican Jasmine Camacho-Quinn won the gold medal in the final of 100 meters hurdles.

Echevarría, who commanded the classification until that moment, was injured when he was running on the way to his last jump. He had to interrupt his career, he could not jump and in that way the gold that seemed to have insured escaped him.

The Greek had the best record before arriving in Tokyo, but had struggled to reach his peak of form and seemed to be out of the medals, until in his last jump he flew up to 8.41 meters.

Echevarría then had the opportunity to jump again to try to overcome the Greek mark, but when he ran towards the sand for his last jump he stopped his career with an injury and the jump was declared void, which ultimately deprived him of the gold.

Echevarría then found the consolation of his compatriot Massó, and both embraced in the Tokyo tartan. In the end, silver and bronze for both.

The podium was completed by the German Kristin Pudenz, who sent the puck 66.86 meters from her position, and the American Valarie Allman, who reached 68.98 meters.

The good day of athletics for the region had started with the Puerto Rican gold Jasmine Camacho-Quinn in the final of 100 meters hurdles.

Camacho-Quinn, in the semifinals, had set a new Olympic record by completing the race in 12.26 seconds. The final ended in 12.37.

Meanwhile, in the 25-meter rapid fire competition, the Cuban shooter Leuris pupo, who was an Olympic champion at the London Olympics in 2012, won the silver medal.

Pupo obtained 29 points in the final, behind Frenchman Jean Quiquampoix, who took gold with 34 points, and thus equaled the Olympic record reached by the Cuban nine years ago.

López’s feat in the 130 kg category goes down in history for being his fourth in a row at the Olympics and dethrone the record of three golds in a row that the Russian Alexander Karelin obtained between 1988 and 1996.

Lopez did not give up a single point throughout the tournament.

Minutes before his feat, the 26-year-old Cuban Luis Orta won the first gold medal for Cuba in these Olympics after winning in the 60 kg category.

The medals of Santana and Salazar join the others big hits that the region is having in this sport.

The medal marathon started this Saturday with the silvers of Zacarías Bonnat from the Dominican Republic in the 81 kg category and Venezuelan Keydomar Vallenilla in 96 kg.

Sunday came the final climax, when Ecuadorian Neisi Dajomes won the long-awaited gold medal in the 76 kilos category and Aremi Fuentes, from Mexico, won bronze in the same category.