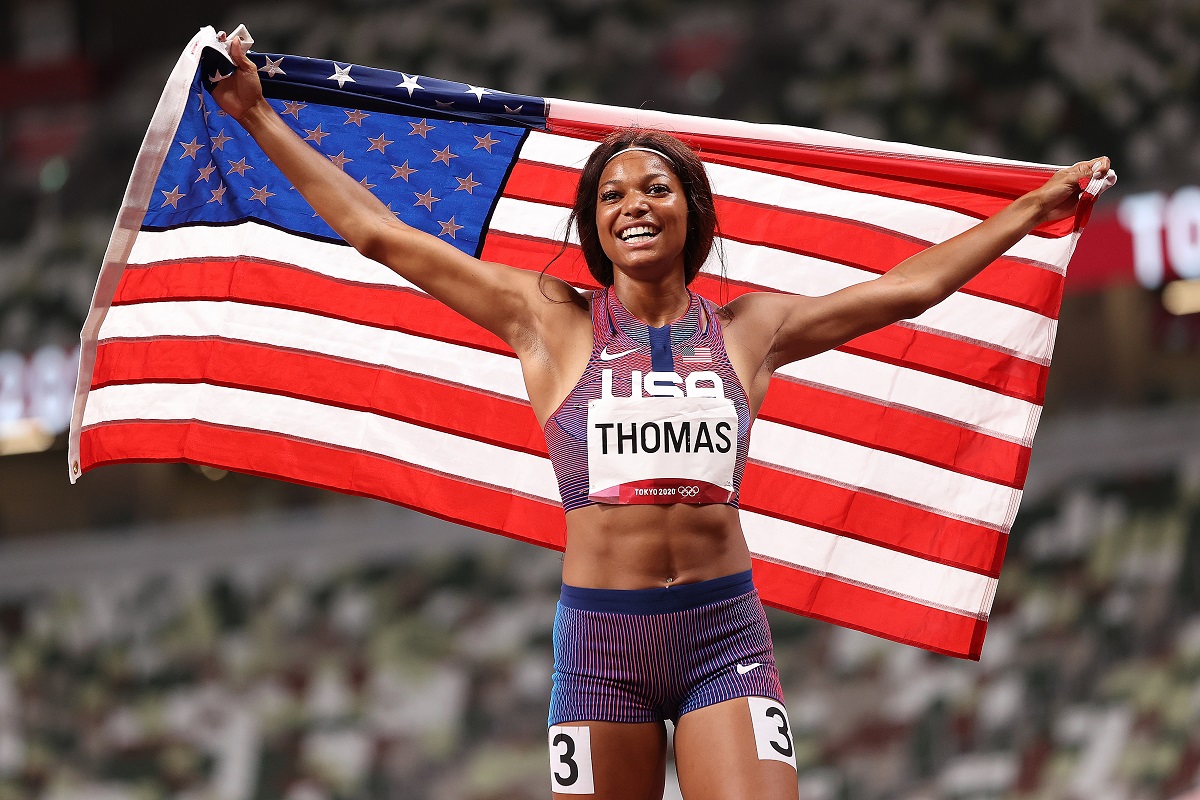 One eye on training, the other on the laboratory: that is the routine of a select group of female athletes who have passed through the gyms, stadiums, swimming pool and track of the Tokyo 2020 Olympic Games.

They faced a unique challenge: compete at the highest level in search of medals and records while pursuing a scientific career.

Here we present to you seven women who have stood out in these Games for both their athletic and academic performance.

The 30-year-old Austrian cyclist was nowhere near the list of favorites for the women’s road race in Tokyo.

But despite having prepared without a coach or the support of a professional structure, it caused one of the biggest surprises of these Games by winning the gold medal.

The Austrian finished so far ahead of her closest rival, reigning world champion Annemiek van Vleuten, that the Dutch rider briefly believed she had crossed the line first and celebrated energetically.

The Olympic champion is a Ph.D. in mathematics, graduated from the Technical University of Vienna and the University of Cambridge, in the United Kingdom.

He is currently working in research and teaching at the Technical University of Lausanne, in Switzerland.

The Tokyo Olympics may have been Hosny’s last competition.

After being eliminated in the group stage of the women’s badminton doubles, the Egyptian hinted at her retirement.

“There is a good chance that this was my last Olympics. It is very stressful to travel to all the tournaments and stay in a good position in the world ranking ”, said the Egyptian in statements published on the official website of the International Olympic Committee (IOC).

But Hosny will continue his academic career. She is an assistant professor at the British University of Egypt.

Hosny’s agenda is also full of politics, as it is Member of the Egyptian Parliament.

American Gabrielle Thomas, 24, is famous in the athletics world as she is the third fastest woman of all time in the 200 meters.

Known as Gabby, she won a bronze medal at that event in Tokyo.

But between training and competitions, Thomas also studied Neurobiology and Global Health at Harvard University.

He is currently pursuing a master’s degree in epidemiology and health management at the University of Texas at Austin.

His main research interest is racial inequality in access to health services in the United States.

When she was 12, Frenchwoman Charlotte Hym was fascinated by the people who were skateboarding near her home in Paris.

“It looked great and I wanted to do the same,” the 28-year-old recounted on the IOC website.

Hym ended up competing in the olympic skateboarding debut, where she was eliminated in the qualifying round of the street skate event.

However, the Frenchwoman made her mark in Tokyo 2020 for being one of the few athletes who is also PhD in neuroscience.

Investigate the effect of the mother’s voice on the development of motor skills in newborns.

The 24-year-old Irish runner had a clear goal in mind: to qualify for the 2024 Paris Olympics.

But the results came earlier than expected and he got a place in the 800 meters in Tokyo, where he failed to pass the first qualifying round.

While sports plans for 2024 are still in place, the Irishwoman is now turning her attention to science, more specifically science. quantum physics.

His main interest is medical physics: studies and develops devices that could improve cancer diagnosis and treatment.

“I like having two races because when things go wrong in the lab, I can tell myself that I’m a runner, and that’s okay,” Shanahan told the newspaper. Cambridge Independent before the Tokyo Games.

“Now if I’m bad at athletics, I can always consider myself a quantum physicist.”

Just by entering the ring in Tokyo, Apetz already made history: she became the Germany’s first representative in women’s Olympic boxing.

But the 35-year-old had a short Olympic experience: She lost to Lovlina Borgohain of India in her first women’s welterweight fight.

With medals in European tournaments and at the World Boxing Championships, the German now intends to focus on her other career.

He has a master’s degree in neuroscience from the University of Bremen, in his homeland, and his next goal is to complete a doctorate at the Cologne University Hospital, also in Germany.

This treatment has great potential and may, in the future, help people with Parkinson’s disease, a degenerative condition that affects the neurons responsible for muscle movement and control.

“Preparing for the Tokyo Olympics was quite stressful. When I return from Japan, I will concentrate 100% on my studies, ”Apetz told the IOC website.

Swimming, however, allowed him to participate in the aquatic competitions of the Maccabiah Games, a sporting event that Israel organizes every four years.

After a good performance, Murez decided to permanently move to Israel and represent the country.

At the Tokyo Olympics, the athlete, biologist and future doctor He jumped into the pool in four events: 50, 100 and 200 meters freestyle and 4 × 100 mixed relays.

Their best result came in the relay, in which the Israeli team finished eighth in the final.