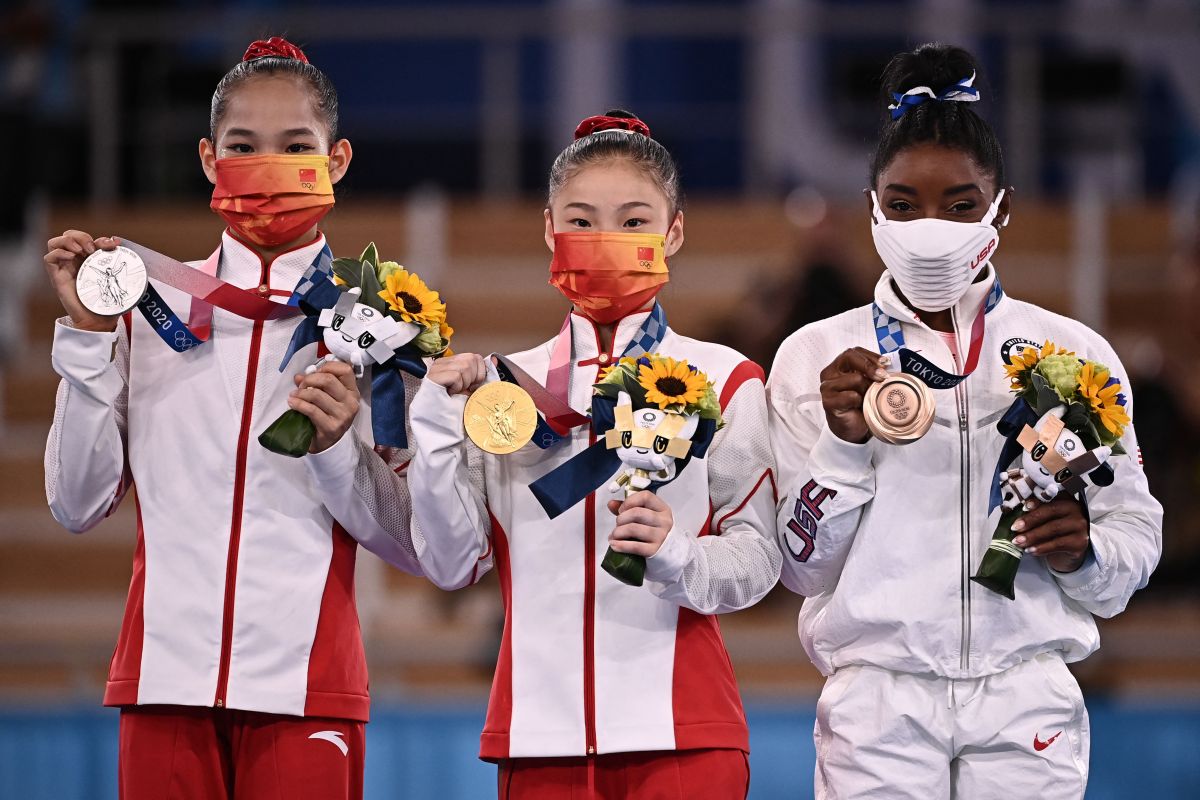 The battle for first place in the Olympic medal table at the Tokyo Olympics was fought until the last minute.

Although the United States always maintained its supremacy in total medals, China dominated until the penultimate day in number of gold medals.

In fact, at dawn in Tokyo, China had 38 gold medals, while the United States had 36.

But after a stellar Sunday for American athletes, his country managed to rise to the top shortly before the closing ceremony and becomes the only nation to take home more than 100 medals Tokyo 2020.

The Americans also won the gold medal in women’s volleyball by beating Brazil 3-0, achieving the first gold in history in that category.

China had two opportunities to earn more gold medalsBut she finished fourth in the overall rhythmic gymnastics group final and had to settle for silver in the women’s middleweight boxing competition.

With these latest gold medals, the US finishes first in the medal table with 39 gold medals, just one more than the 38 won by China.

Both countries were also two of the big winners of these Olympic Games.

Britain matched its London 2012 performance nine years ago and made Tokyo its second-best performance at an Olympic Games – excluding those held in London – after Rio 2016.

While Japan obtained its best Olympic medal table in history, with 58 medals in total.

The Russian Olympic Committee closes the top 5 of the Tokyo 2020 medal table with 20 golds.

The US also dominated in the number of total medals with 113 – of those 41 silver and 33 bronze – followed by China who won 88, the Russian Olympic Committee with 71 and Great Britain who achieved 65.

This result consolidates the United States as the top Olympic power in recent years, but makes it clear that China has become a rival with great potential to snatch its position from it in the future.

The sport thus joins the list of fields in which the US hegemony is in danger in the face of an increasingly powerful China, such as in the economic: China is expected to become the world’s leading power by the end of this decade.

The progress of the performance of the Chinese Olympic athletes is impressive when compared to their participation in the last Games held in Rio de Janeiro in 2016.

In that event, China settled for third place with 26 gold medals, behind Great Britain, which took 27, and far behind the United States, which monopolized the board with 46 gold medals and a total of 121 medals.

But in Beijing 2008, China dominated in gold medals (48) for the first and only time in history since the beginning of the Olympics, in Athens 1896.

In Latin America, Brazil takes the highest number of gold medals with 7 and 21 in total, surpassing the 19 medals obtained at home in 2016.

Cuba, for its part, it is consolidated as a regional sports power by reaching 7 gold medals and 15 in total, thanks to the performance of four Olympic boxing champions and the Greco-Roman wrestling that brought it another two golds.

Ecuador closes the top 3 with two gold medals and one silver.

After returning empty-handed from Rio 2016, Ecuadorian athletes achieved the best result in the Olympic Games in Tokyo 2020.

For its part, Venezuela managed, hand in hand with Yulimar Rojas, a gold in the women’s triple jump, and also won three silver medals.

Puerto Rico achieved a gold medal, while Colombia won 4 silvers and a bronze.