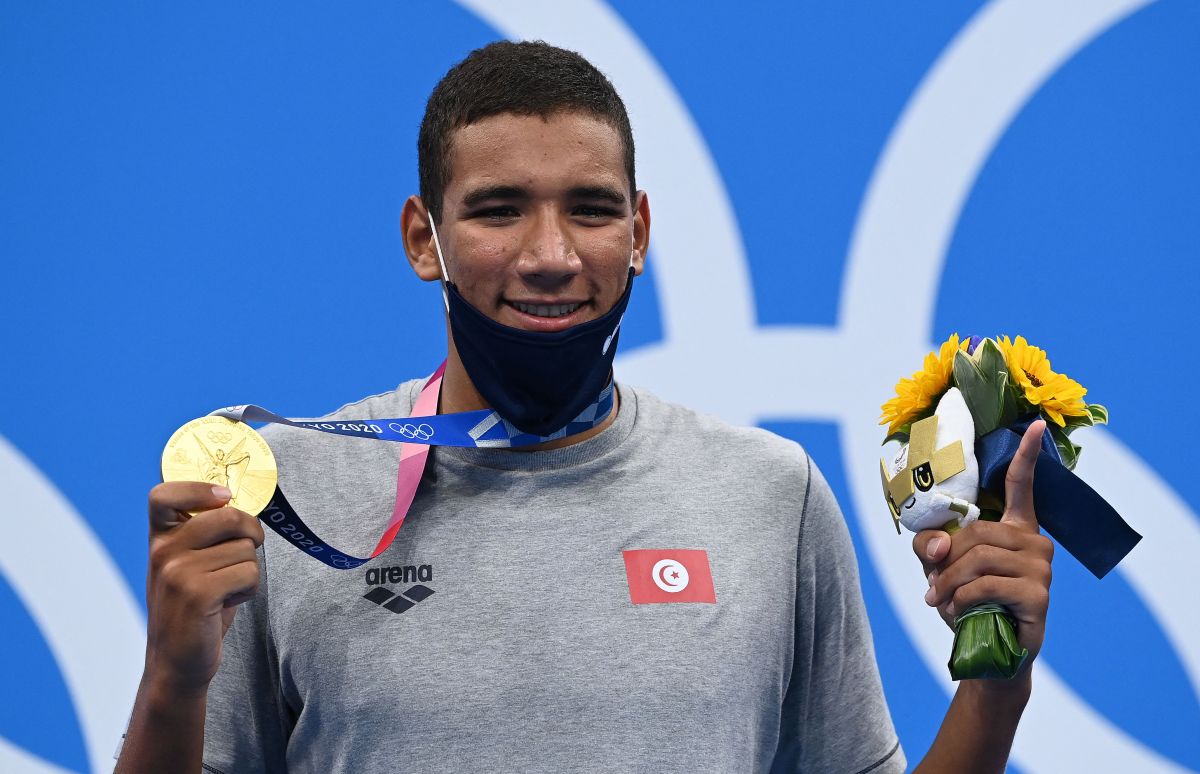 So much news has given us the Tokyo 2020 Olympic Games that it is difficult to think that everything has happened in just one week.

The media around the world published in amazement the abandonment of Simone Biles to focus on her mental health, but there were other moments that generated amazement and excitement.

Here are some of those stories that may have been lost due to the time difference with the Japanese capital or that you want to read again.

The last classified, the first in the final

Swimmer Ahmed Hafnaoui became the first African to win gold at the Tokyo Olympics, following his stunning victory in the 400-meter freestyle.

The 18-year-old arrived with the worst time everyone to the final and then star in one of the biggest surprises in the Olympic pool.

“I was surprised to be a finalist and now I’m surprised by the gold,” said Hafnaoui, who landed in Tokyo with the 15th fastest time among the competitors.

He envisioned the podium as something so far away that he hadn’t even brought his full team uniform to the event.

He ended up receiving the medal wearing only a t-shirt and shorts.

That didn’t stop him from getting excited when the Tunisian national anthem sounded at the Tokyo Aquatic Center.

Sunday July 25 was a great day for the Abe family at the legendary Budokan martial arts stadium, as the family athletes took home two golds.

Uta Abe was the first to achieve the Olympic title, winning the final of women’s judo under 52 kg.

Soon after, his older brother Hifumi won the men’s under 66kg category, becoming the first brother-sister duo to win Olympic gold medals in an individual sport on the same day.

Before competing, Hifumi joked about the fact that his sister had already won the Olympic title:

Winning an Olympic medal at any age is awesome, but doing it at 13 years it’s almost unbelievable.

That’s exactly what Momiji Nishiya and Rayssa Leal did in the girls’ urban skate final on the first Monday of competition.

Bronze medalist Funa Nakayama (also from Japan) is slightly older at 16, but even so, she still has to wait four years to buy an alcoholic drink in Tokyo to celebrate her victory.

With an average age of 14 years and 191 days, the trio that took the podium is the youngest in history of the Olympics.

The math doctor who left everyone behind

When Anna Kiesenhofer was not congratulated by her rivals after reaching gold in the women’s road cycling race, it was not a personal problem – she was so far ahead of everyone else that her opponents did not realize she had won.

The Austrian was part of a group of cyclists who had escaped at the start of the race and most of their rivals thought they had caught up with all the escapes.

Kiesenhofer, however, stayed ahead, and without radio updates from team leaders (common in professional cycling races but banned in the Olympics), rivals lost sight of her.

Kiesenhofer has a master’s and a doctorate in mathematics. Having not competed with a professional cycling team since 2017, he says it was an advantage to be able to manage his own pre-Olympic calendar.

“Many cyclists are used to having people who do everything for them, they have a coach, they have a nutritionist, have even the person What does the race plan for them?“, Said the Austrian at the end of a race that nobody imagined she could win.

On the eve of the Tokyo Games, Olympic officials were pressured to abandon the controversial Rule 50, which prohibits athletes from holding any kind of political protest at the Games.

The authorities decided to relax the restrictions and some competitors demonstrated for one reason or another.

At the end of the solo routine, during Sunday’s women’s gymnastics qualifiers, Luciana Alvarado knelt on the ground and raised his fist, in clear tribute to the anti-racist movement Black Lives Matter.

The Costa Rican gymnastics federation published the photo of this moment on social networks and Alvarado said that his gesture highlights the importance of equal rights on a global stage.