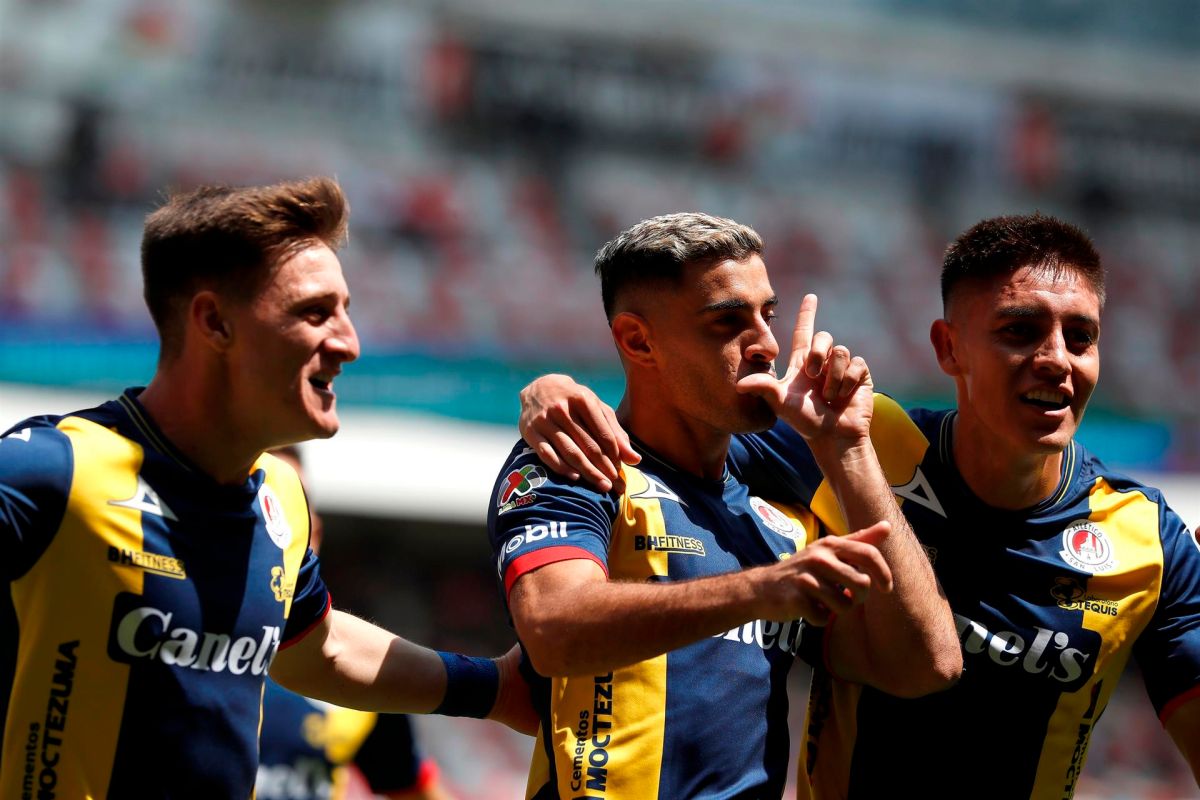 The Argentinian German Berterame converted this Sunday a double with which he guided the triumph of saint Louis by 1-2 at the Toluca, and reached eight annotations to be the leader of the tournament’s scorers Mexican opening 2021.

In the resumption of the tenth day, the Spanish Ian Gonzalez discounted for Toluca, that let go of the possibility of going down from the first place to the America of Argentine coach Santiago Solari and remained in the second with 20 points, one behind the leader.

Toluca was the first team to create danger in the rival area. At 15, Ian González finished off a pass from Paraguayan Braian Samudio that was saved by Argentine goalkeeper Marcelo Barovero.

The good moment of the locals ended at 23 with a foul by Colombian defender Oscar Vanegas on Jair Díaz that caused a penalty converted into 0-1 by Berterame.

Without having possession of the ball, San Luis achieved the same in a counterattack. In 39, Berterame drove from midfield and in the area outwitted his marker to define the 0-2 goal at Garcia’s right post.

Toluca tried to shake off the bad moment with a header from González to 41 that Barovero rejected and at 45 the Spanish took a penalty committed by Brazilian Leonardo Coelho that put the 1-2 on the scoreboard.

In the second half, San Luis dedicated themselves to defending themselves against Toluca’s dominance of the ball. The rear did its job and bothered the enemy forwards and cut centers to the area.

The good coverage, led by the Spanish Unai Bilbao, forced the Argentine Rubens Sambueza to use his individual technique and at 81 he crashed a ball on the crossbar, the only dangerous shot from Toluca in the complement.