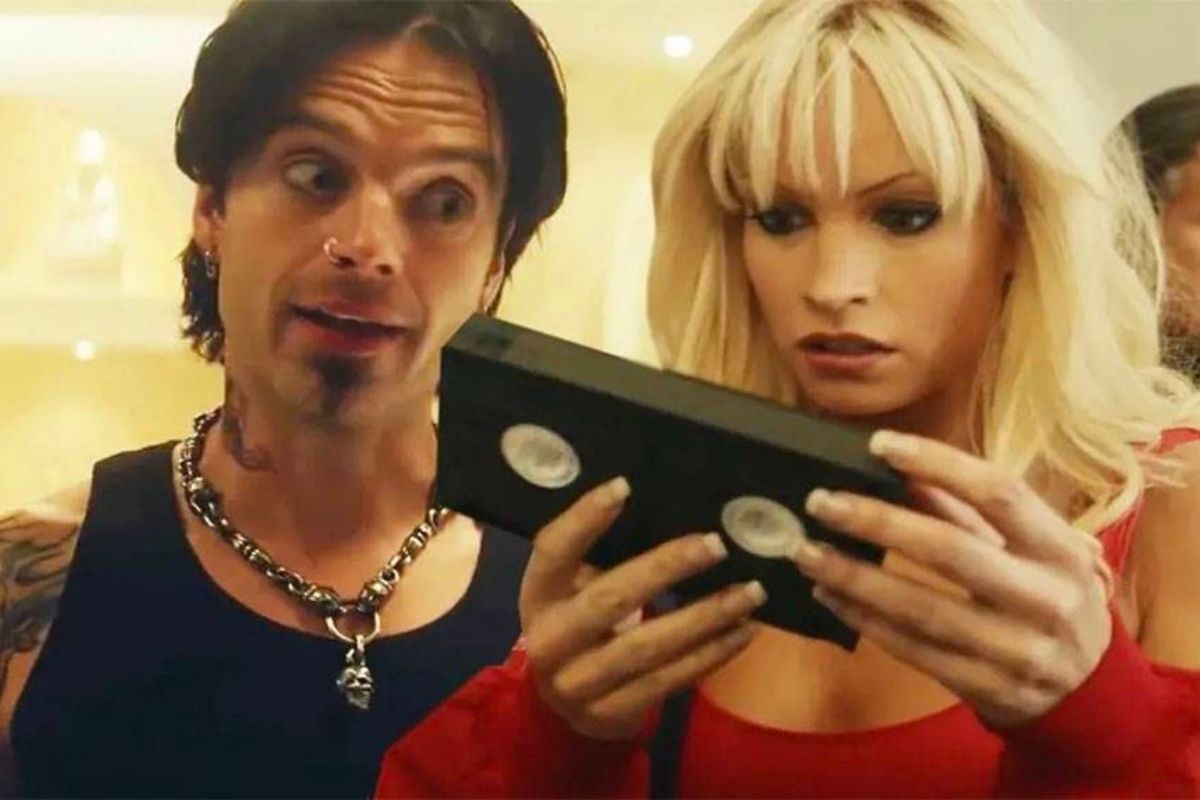 The series titled ‘Pam & Tommy’ It has become one of Hulu’s big bets for 2022 thanks in large part to the uproar generated by the first promotional images and the trailer due to the impressive resemblance that the main actors, Lily James and Sebastian Stan, have with Pamela anderson and Tommy Lee, whom they bring to life in fiction.

The plot centers on the theft and subsequent leakage of a tape of more than an hour long with very intimate images that the former couple recorded during their honeymoon and that was stolen from their safe in 1995.

Neither has been involved in the development of the story, and Pamela was apparently shut down when the producers tried to contact her because the entire project would strike her as a tacky idea that resurrects one of the most painful moments from her past. .

However, Tommy plans to watch the series when it opens because he is very flattered by the curiosity that his intimate life with Anderson continues to arouse today, according to his friend Guerin Swing.

“The other day Tommy said to me, ‘We’re going to make sure everyone knows we did it first. Before the Kardashians and anyone else. Let the whole world know that we were the first to break the internet, ‘”Guerin assured in statements to The Sun newspaper.

Guerin Swing also recalled that the famous home video of the couple was not as explicit as has been traditionally implied because it actually only shows them “fooling around” as the young men they were then, and it just so happens that in some moments they don’t wear clothes.

It remains to be seen if Pamela changes her mind about the series when she discovers that it focuses largely on the very different impact the tape’s leak had on her public image and that of her then-husband, and how painful it was for. she see her privacy violated in that way.

Directed by Craig Gillespie, who also directed ‘I, Tonya’, ‘Lars and the Real Girl’ and ‘Cruella’, the series will premiere on February 2 with the launch of an episode each week: it consists of eight chapters in total.

The attraction between the two was immediate. She was then one of the most desirable women on the planet thanks to her role as CJ Parker on the hit television series ‘Baywatch’. He, a rock star who played drums with the band Mötley Crüe.

However, Pamela filed for divorce twice before finally separating the third time, in 1998. That same year, she reported Lee for physical assault and was sentenced to six months in prison. In May, she went to anger management therapy, the costs of which were paid by Pamela.