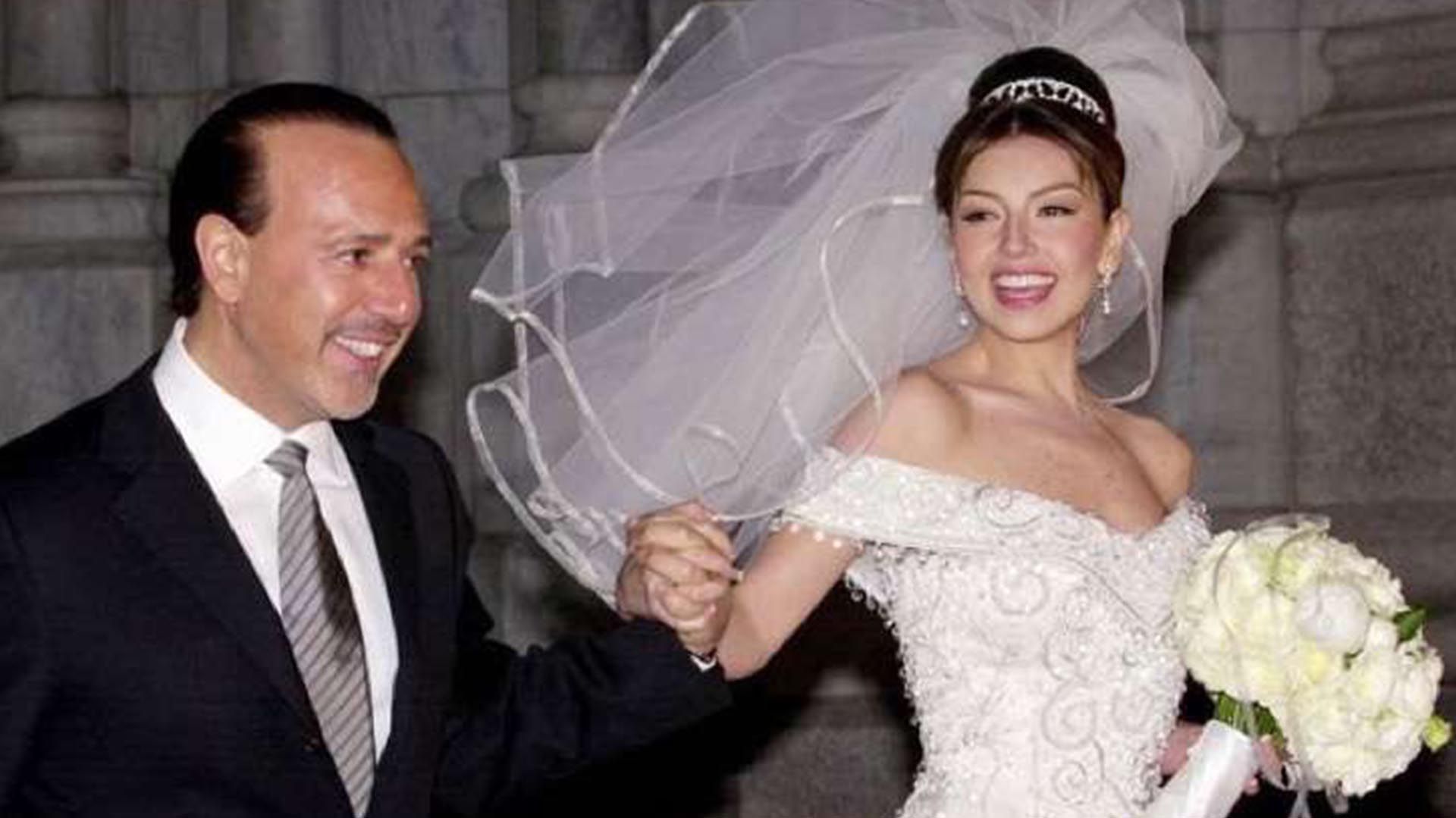 The music producer, Tommy Mottola, celebrated his wedding anniversary with the Mexican actress and singer, Thalia, with an emotional video that he shared on his social networks. In the audiovisual brief there are some moments of the luxurious marriage bond that was broadcast on television on December 2, 2000.

Through his official Instagram account, Tommy wrote a message for his wife: “Happy anniversary, Thalia. There is nothing in my life that has made me happier and more exhilarated and fulfilled than the photographs of this day. And, I am blessed to wake up with your beautiful light and the love that has been gifted to me. I love you forever, my baby, my heaven, my love ”.

Moments later, singer Thalia responded to her husband’s gesture and wrote a message in the comment box: “I love you so much my love. 4 ever, my baby. Happy anniversary my love, ″ wrote Thalia.

For his partThalia published a video in which she revealed some details of the memories she keeps from her wedding, which she accompanied with the description: “December 2000 on a frosty night in Manhattan. At 10 below zero my love was walking towards you. To meet you at the altar of St. Patrick’s Cathedral.

“In love, trusting in our love from that day until today, 21 years later (…) For many more years of love, of complicity, of companionship, of dreams in common by your side. I love you, happy wedding anniversary ”.

Tommy and Thalia were married at St. Patrick’s Cathedral in New York. Among all the luxuries of the celebration, he highlighted the beautiful wedding dress that Thalia wore during the mass and that cost USD 350 thousand. The garment had a 17-meter long tail. In addition, it was adorned with various crystals and pearls. For all this, the dress weighed around 170 kilos.

The design of the dress was in charge of the Mexican designer Mitzy, who has worked with other Mexican artists and received the nickname of “The Designer of the stars” for his work, including Edith González during his work as Adventuress or Maribel Guardia, among many others.

During an interview he gave a few years ago, Mitzy revealed that Tony initially refused to let him make the dress, wanting to commission Christian Dior to design it. However, Thalía managed to convince him and finally the Mexican was in charge of the dress, which also suffered some modifications throughout the design process.

“The day the reality that she was getting married actually arrives, she introduces me to Tommy Mottola. Because Tommy Mottola says’ What? Mitzi, who is Mitzi? Not a joke ‘ (…) I knew a lot of people, because I already had a lot of experience, but not Tommy. He said: ‘No way is he going to do it to you, Christian Dior is going to do it’ “, he told in an interview.

NeverthelessThalia finally convinced Mottola that Mitzy was the best option and the mogul agreed.

In addition to this detail, during the celebration of their twentieth wedding anniversary, a year ago, Thalía spoke about the luxurious religious union: “I cannot believe that 20 years have passed since we left that cathedral, with that night so cold, with our hearts on fire to celebrate that we had gotten married,” he recounted in an interview with the magazine. Hello!

“It was quite a fairy tale, that wedding in Saint Patrick. A beautiful cathedral, with my mother, with my family, with my friends, with all the celebrities, who were friends with Tommy at the time, what can I say?“Recalled the Mexican singer.

According to the publication, the couple met during a blind date arranged by producer Emilio Stefan. They currently have two children and live in the United States, from where they share moments of their life together.

Thalía was absent from social networks for this painful reason

Paulina Rubio recalled how her rivalry with Thalía began: “We brought things stuck”