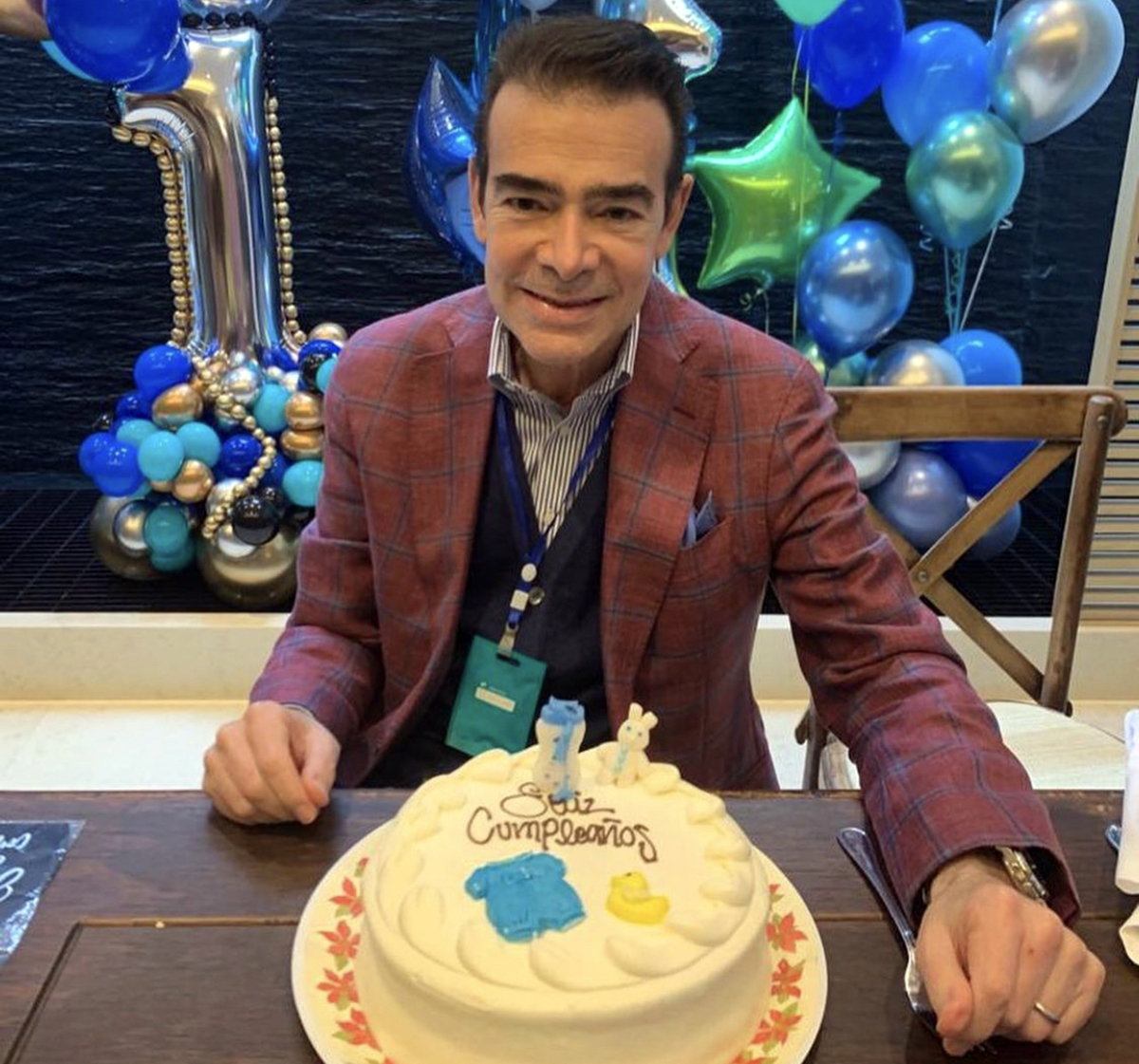 Just over a year ago everything was an uncertainty in his life, in intensive care, intubated, in a drug coma and with more than 40 pounds less, only a miracle could save him, and that happened. Because, This past December 16, Toño Mauri celebrated his first transplanted year in style..

Such as his double lung transplant surgery, there was also a double celebration for the actor, one more intimate with his family only, who fought with love with him for his life, and another with friends.

“ONE YEAR OF MY TRANSPLANT !!! Thanks to GOD and my family !! Thanks to my donor for this gift of life !!“, Wrote the actor accompanying a series of photos.

Toño, from the day he was transplanted, one of his priorities is to honor the one who anonymously saved his lifeThat is why every time he can, he names him, even if he still wants to know who he was, and share with those who are now also his family.

Then a slightly bigger party followed with friends, mariachis and some words that Toño dedicated him to what is his new life, his new opportunity and his first year saved by science, generosity and faith.

“I’m here because this night is very special, I wanted to see you all, this meeting for me is a wonderful gift. I want to thank this person who donated his lungs to me, because thanks to that person and thanks to God I am here and I feel that he is an angel who accompanies me who is with me, I feel a lot for his family, but From today on I can look for the donor’s family, get to know him and have the possibility to thank someone, because this is an act of love. The things that are worthwhile are the moments, ”Mauri told his friends who accompanied him in this first year of the miracle.

Let us remember that almost two years ago, despite the extreme care, Toño Mauri and part of his family tested positive for COVID-19. What seemed like something simple got complicated. For 5 months he was hospitalized fighting for his life … His wife and children could hardly have contact with him and only joined outside the hospital to pray.

His condition was so serious that his wife, Carla, warned those closest to him that it was possible that he would not survive. But Almost at the limit, Toño received the miracle of having a compatible donor on time, he underwent a double lung transplant, and a year later he is almost recovered, he gained some weight again and even started working.

He only has one dream pending: to find the donor’s family to thank him and that is his great goal.

• This was the emotional moment when Toño Mauri returned home

• Standing, recovered and happy, Toño Mauri fulfills the dream of delivering his daughter to the altar