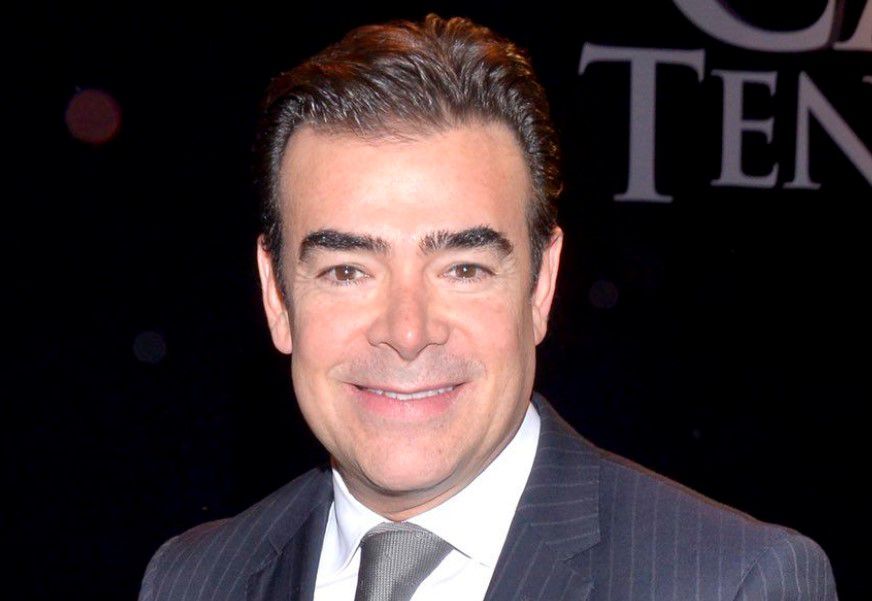 Toño Mauri granted one of his first interviews of the year and told some intimate details of when he suffered the onslaught of Covid-19 in mid-2020 which, it caused him great complications like being hospitalized for eight months and a double lung transplant in 2021.

The famous Mexican interpreter granted his first interview of 2022 for the presenter Andrea Escalona of the program of Televisa, Today. There the Mexican actor revealed that the most difficult decisions during his stay in the hospital were made by him, despite having been intubated and presenting a serious picture due to bacteria in the lungs.

“It falls on you suddenly, that’s when you grab what you can. The first question you ask yourself is how long will I be here? […] The doctor tells me ‘Toño you cannot go, because the damage to your lungs is very great‘. They showed me my last plates again and they tell me that ‘a part of the lung was totally lost‘”Said the Mexican actor.

Later on, the actor explained that it was he who made the most difficult decisions without the support of his wife, Carla Alemán Magnani, and their children: “The decision was made to intubate me […] I had to make the decision, because it was a day that I could no longer breathe. I told the nurse at the time to please tell the doctor that I could no longer breathe […]”, He told with tears in his eyes for the morning of Televisa.

“There was no time to warn them. I knew that if I didn’t I was going to stay there. The first thing I did, I signed a paper to say that I was responsible for making the decision. What I did was record a message for my children, for my wife […] There was no time to speak, it was a message where you say goodbye. It was very hard, I entrusted myself to God, ‘I thanked him for the wonderful life he gave me,’ “added the interpreter of For loving without law (2018).

In December 2021, the actor was very active on social networks as well as in some interviews with the media and within the messages he left for his followers, he shared an emotional reflection to celebrate the anniversary of one year after having undergone a double lung transplant.

“[…] I am one year after receiving my lung transplant!!! One year of receiving this gift of life that thanks to God and the angel who donated his lungs to me, to the doctors, to Carla my wife who fought with me until today to my children and my family, I am living the blessings of every day, every hour, every minute and every second !!! THANK YOU !!! ”, said the Mexican actor on his Instagram account.

During another of his interventions, the actor explained that after suffering from Covid-19 he needed a booster of his vaccine in December to avoid complications by a bacterium that was detected before the double lung transplant.

“The doctor explained to me that we all have this bacteria, but in many people these reactions never wake up and in others they do. In my case, I had that bacterium before the transplant, that is, it was active before that moment and now it has come out again because my defenses have lowered ”, he told the program of TV Azteca, Ventaneando.

On other issues, after being discharged, The actor pointed out that he would return to work stronger than ever in the recordings of the Mariachi series, in which he will collaborate throughout 2022 with Pedro Fernández and Consuelo Duval.