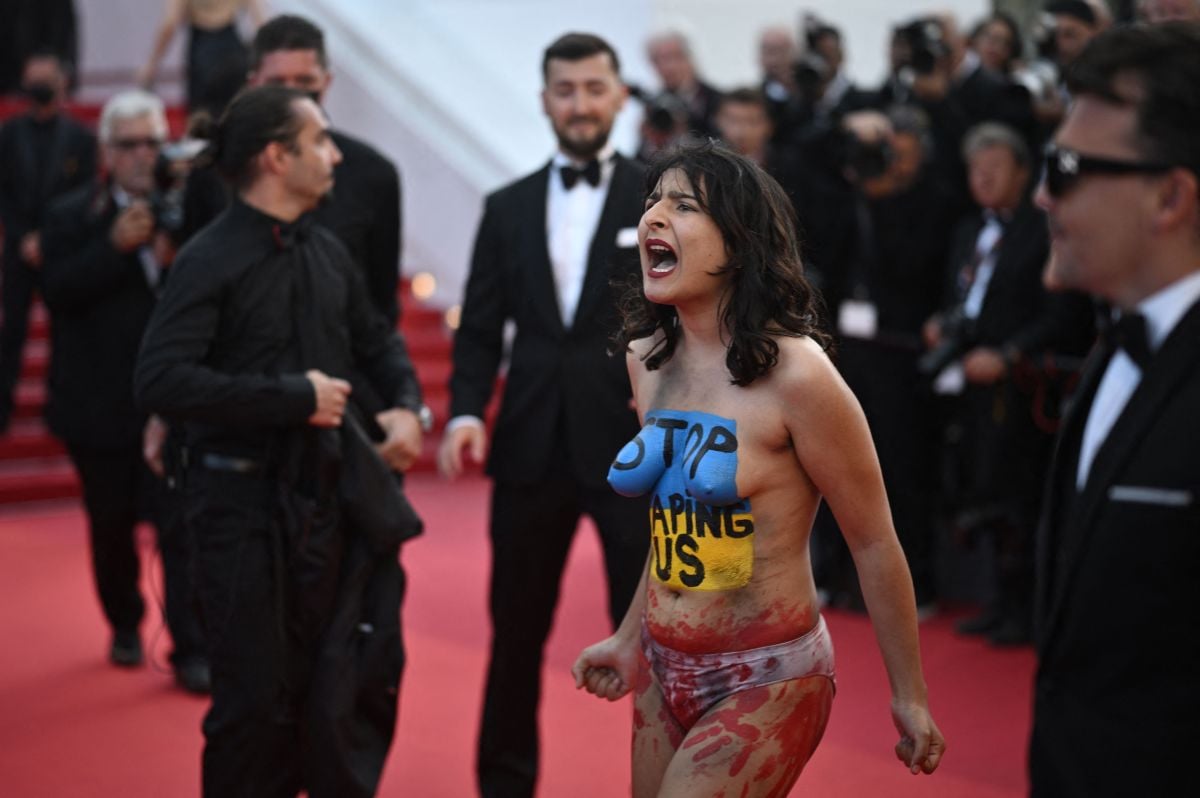 This Friday, May 20, a topless woman covered in paint and screaming in front of photographers was removed from the red carpet of the 2022 Cannes Film Festival.

The activist protested naked in the midst of celebrities against sexual violence in Ukraine and had her body painted with the words ‘Stop Raping Us’, (Stop raping us), on her chest and stomach above the colors of the Ukrainian flag.

He also appeared to have red paint over his lower back and legs with the word ‘scum’ and handprints around his underwear.

Radical feminist activist organization Scum posted on Twitter: “This activist exposed war rape and sexual torture committed by Russian soldiers against Ukrainian women” and shared the video of security guards running towards her to cover her with a coat.

Ukrainian authorities have said they are investigating cases of women raped in areas previously captured by Russian troops.

This week, they identified a Russian soldier suspected of war crimes, including his alleged involvement in the gang rape of a girl during the occupation of a village outside kyiv.

It should be noted that Russia’s war in Ukraine has often been the center of attention at this year’s Cannes Film Festival, which screens several films by Ukrainian filmmakers.

President Volodymyr Zelenskyy delivered an emotional speech at the opening ceremony of the 75th edition of the festival via live video and called on filmmakers to confront dictators.

On the other hand, the Russian film director Kirill Serebrennikov condemned the war in Ukraine at Cannes.