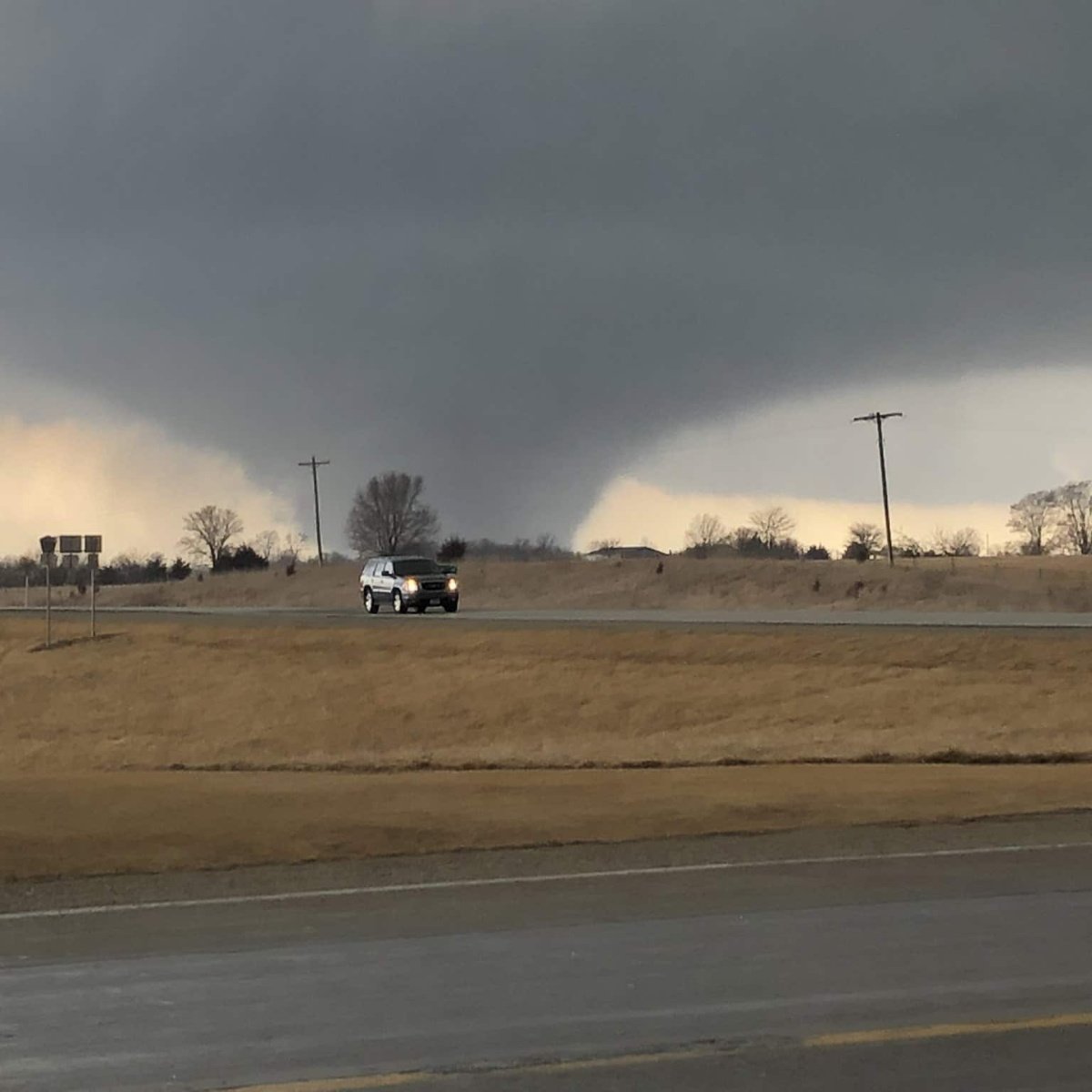 A Iowa tornado leaves six dead and the first, the first photos and videos show the magnitude of the damage in the population of Winterset, which suggests that it was a tornado of at least an EF-3 category

The director of Emergency Management for Madison County said that between 25 and 30 houses suffered significant damage.

Authorities have reported that the tornado in Iowa left six dead, damaged buildings, destroyed houses, knocked down trees and power lines, according to authorities; plus four injured in an area southwest of Des Moines around 4:30 p.m., according to emergency workers in Madison County.

Unfortunately, the deceased included both adults and children.but the authorities did not identify the dead, but they did say that they had not died in the same place.

Madison County Emergency Management Director Diogenes Ayala said of the Iowa Tornado leaving six dead: “This is the worst anyone has seen in a long time.”

One of those affected, Wendy Burkett, said that she was at home with two of her three daughters when her husband, Tony, called her from a nearby shed where he was working to alert her to the tornado warning.

The woman says that she went out to join him in front of the house and they had looked to the southwest. “And then we saw it, the tornado,” said. “There was debris flying and it was getting louder and louder.”

It was then that the entire family ran with their daughters to the basement as the tornado closed in seconds. As they hugged, a window broke outside and water began to come out of the pipes, she said.

Within a minute, the tornado had passed and although the family was uninjured, their house had been left in ruins and with debris everywhere, even in the trees, plus the tornado in Iowa left six dead.

The damage in the town of Winterset indicated that it was a tornado of at least an EF-3 category, capable of causing serious damage, on the Enhanced Fujita scale, the National Weather Service branch in Des Moines later tweeted. Equipment.

Thunderstorms that spawned tornadoes passed through Iowa from Saturday afternoon and overnight. Damage also occurred in Norwalk, a suburb of Des Moines, in other areas outside of the city and several points in eastern Iowa. .

The tornado in Iowa left six dead, as well as roads blocked by power lines and uprooted tree branches by high winds, debris, damaged roofs and vehicles, as well as 10,000 people in the Des Moines area with blackouts.