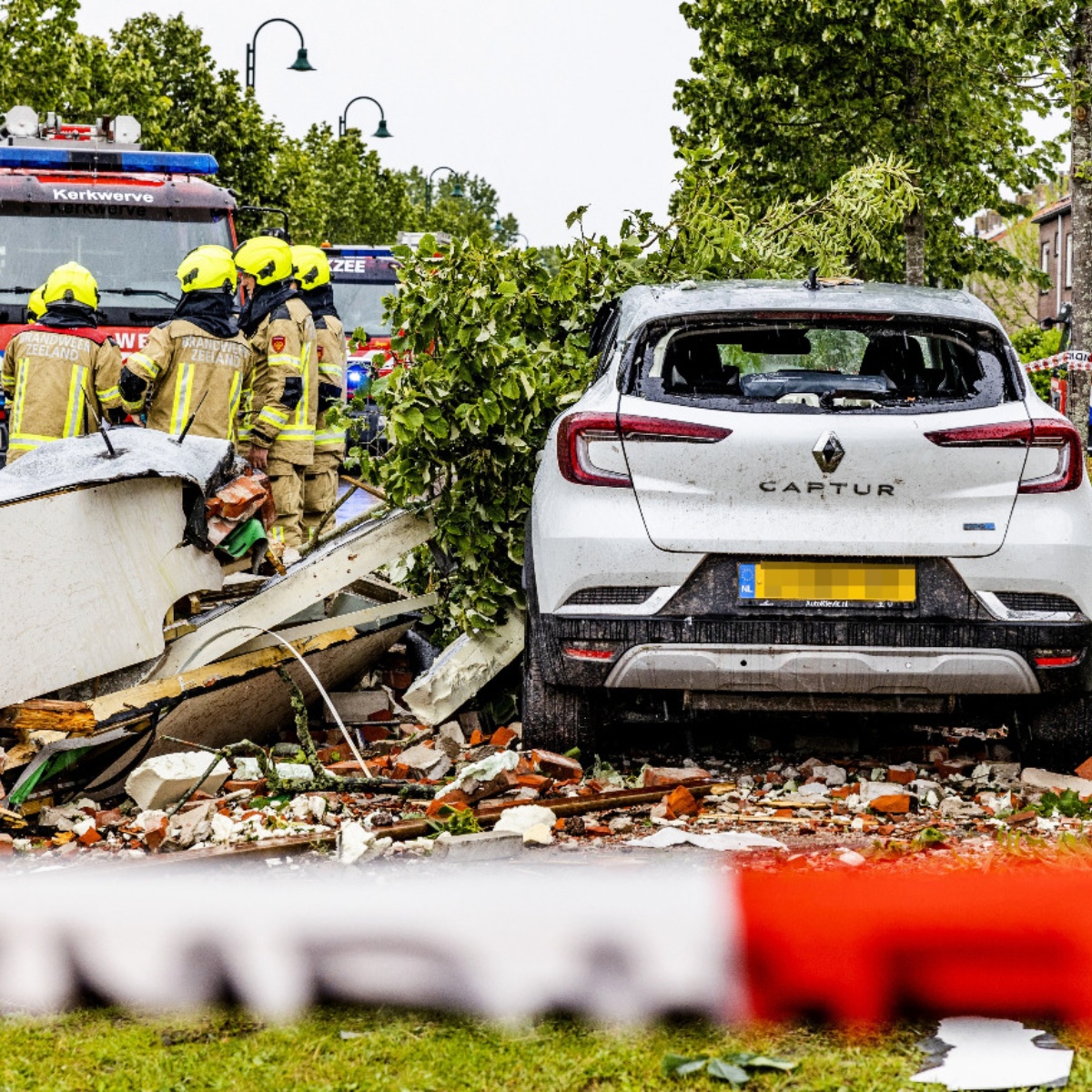 A gust of wind killed a person in Zierikzee in Holland injured nine people, the Zeeland Security Region has announced that a 73-year-old woman from Wassenaar was one fatality.

Initially, the mayor of Schouwen-Duiveland, of which Zierikzee is a part, said seven were injured. In the afternoon this number was adjusted to nine, so eight injured people were treated at the scene, one person had to be taken to hospital.

People are afraid to leave their homes

A gust of wind left a trail of destruction in and around the town of Zeeland earlier in the afternoon where the wind ripped tiles off a church, garden trampolines and trees off the ground leaving at least four houses dead. roof and facade of at least one house that collapsed.

Due to bad weather, an NL alert was sent. Where the Zeeland Security Region is calling on people who don’t live in the area to stay away.

The fire brigade and the municipality are currently investigating which houses are safe enough for residents to return to, and ten to twenty rented houses are found to have suffered so much damage that they are temporarily uninhabitable, says the director of the housing association Zeeuwland where he assured that the municipality will provide shelter to the neighbors.

REGRETTABLE:
images of the fort #twister that hit the city today #Zierikzee in the southwest of the #Netherlands ���� #Holland
Heavy damage is reported. The balance is one dead and 10 wounded. pic.twitter.com/w4lvbeuMPX

In Calandweg, the roof has blown off a whole row of houses where according to the housing association report, this could have happened because a renovation was being carried out there.