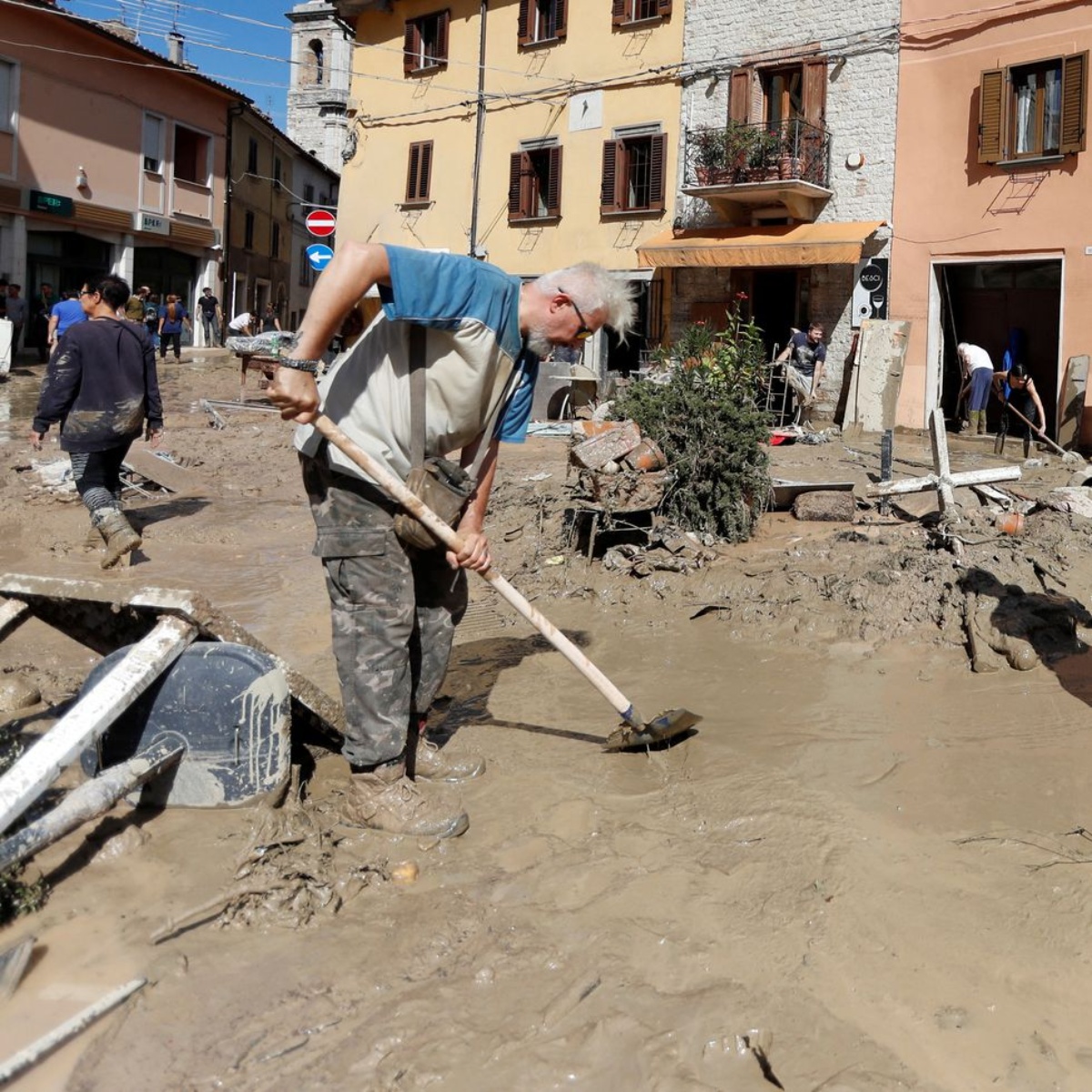 A strong storm of waterwhich unloaded in just over two hours a third of the rains of the entire year, devastated the central Italy, where at least 10 people died and another 4, including two children, are missing.

The panorama looks bleak, with mud and the water that has devastated several villages, that due to the atypical rain they could not be alerted in time of the danger.

The total of the victims were registered in the province of Ancona, in the Marche region, the area most affected by the intense storm, which the meteorologists attributed to the effects of a summer with very high temperatures, while warning of the possibility of intense waterspouts throughout the country during the next month.

“It has been a very violent phenomenon,” during which 400 millimeters of water were recorded in just over two hours, “which means a third of the rains that fell throughout the year,” said the head of Italian Civil Protection, Fabrizio Curcio, who has been working on the affected area.

About 200 firefighters and several helicopters have been working since last night in the affected areas, between the provinces of Ancona and Pesaro-Urbino, where they are looking for the missing once the rains have stopped, moving to the south of the country.

The force of the storm has caused numerous landslides, forming large torrents of water and mud that have devastated several towns, as can be seen in the images broadcast by Italian television about the storm, which has also been noted in the nearby regions. from Tuscany and Umbria.

Specifically in the Senigallia area, in Ancona, the bodies of four deceased were recovered in a garage, as well as those of two other men, while another victim was found inside his vehicle, which was swept away by the water, along with another individual who did manage to save himself by clinging to a tree.

The unexpected overflow of the Misa river plunged the area into an “apocalyptic situation”, according to the mayor of Castelleone di Suasa, the town where an 8-year-old boy is being searched for, dragged by the current, whose mother managed to rescue firefighters, after that they both leave the car in which they had been trapped.

“Yesterday there was no weather alert, except for the wind, so we were not aware of this type of danger. Apparently it was something sudden,” said the councilor, Massimo Olivetti, who explained that “the problem is that Senigallia has a torrent and when it rains it becomes a threat to the entire city.