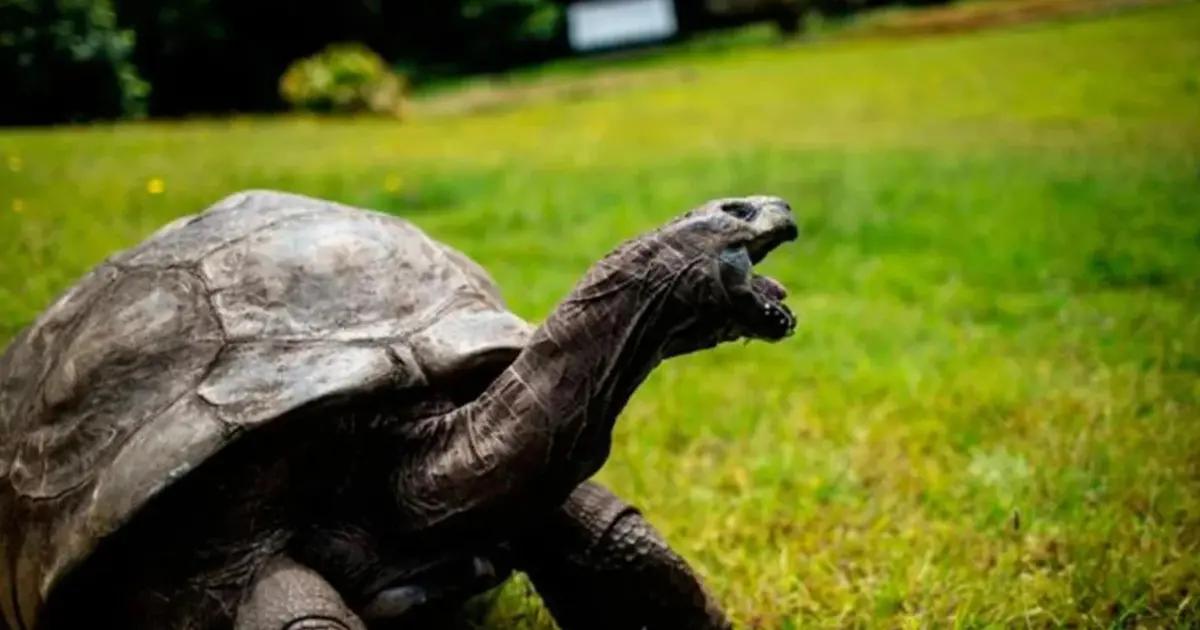 Born shortly after the death of Napoleon Bonaparte, he has seen the succession of seven kings and queens in the United Kingdom, two World Wars, and the founding of multiple international organizations, and all this has been lived by the longest-living terrestrial creature on the planet, a tortoise named Jonathan.

This reptile turned 190 years old last December 3 on the island of St. Helena, in the Atlantic Ocean off the west coast of Angola, where he has lived for the last 140 years with all the special care that an animal of his species could have.

In early 2022 the Guinness World Records recognized him as the world’s longest-living land animal. Although he has some sight and smell difficulties, his hearing is excellent, and he maintains a balanced diet.

“The veterinary section continues to feed him directly once a week to boost his calories, vitamins, minerals, and essential elements,” the organization described in its official statement on Jonathan’s recognition.

The predecessor to the title of the oldest land animal on the planet was Tu’i Malila, another tortoise that lived at least 188 years and was given by Captain Cook to the royal family of Tonga in 1777, according to the international organization.

One of the theories why scientists believe turtles live so long is that they can “turn off” this process.

Senescence is the aging process in which cells stop dividing but do not die. The presence of these units generates long-term problems in the health of living beings.

“These cells remain active and release harmful substances that cause inflammation and lesions in neighboring cells. They play a role in the formation of cancer and other diseases,” describes the U.S. National Cancer Institute on its website.

Academics at the University of Southern Denmark discovered after studying a group of turtles that tortoises can slow down or completely stop cell aging.

“In an extensive comparative study of tortoises living in zoos and aquariums, we showed that 75 percent of 52 species exhibit slow or negligible senescence,” the researchers described in their paper “Slow and negligible senescence among Testudines challenges evolutionary theories of senescence” published last June in the journal Science.

Eighty percent of the turtles studied also have much lower aging rates than humans or other animals.

One of the easiest species to hunt

From the moment their mother lays her eggs on the shores of beaches until they are five years old, turtles are one of the easiest animals for predators to hunt.

“Both in the nest and on their way to the water, turtles are exposed to many dangers: being run over by vehicles, hunted by birds or other animals, or becoming disoriented,” said Oceana, an international organization in favor of the protection of this species.

After this time, their shell hardens enough to become a method of defense. However, they are exposed to predators such as sharks, killer whales, and even crocodiles in the water.

Although their aging process is slower than the rest of the terrestrial organisms, this does not mean that they are immortal, but their risk of death does not increase as the years go by.