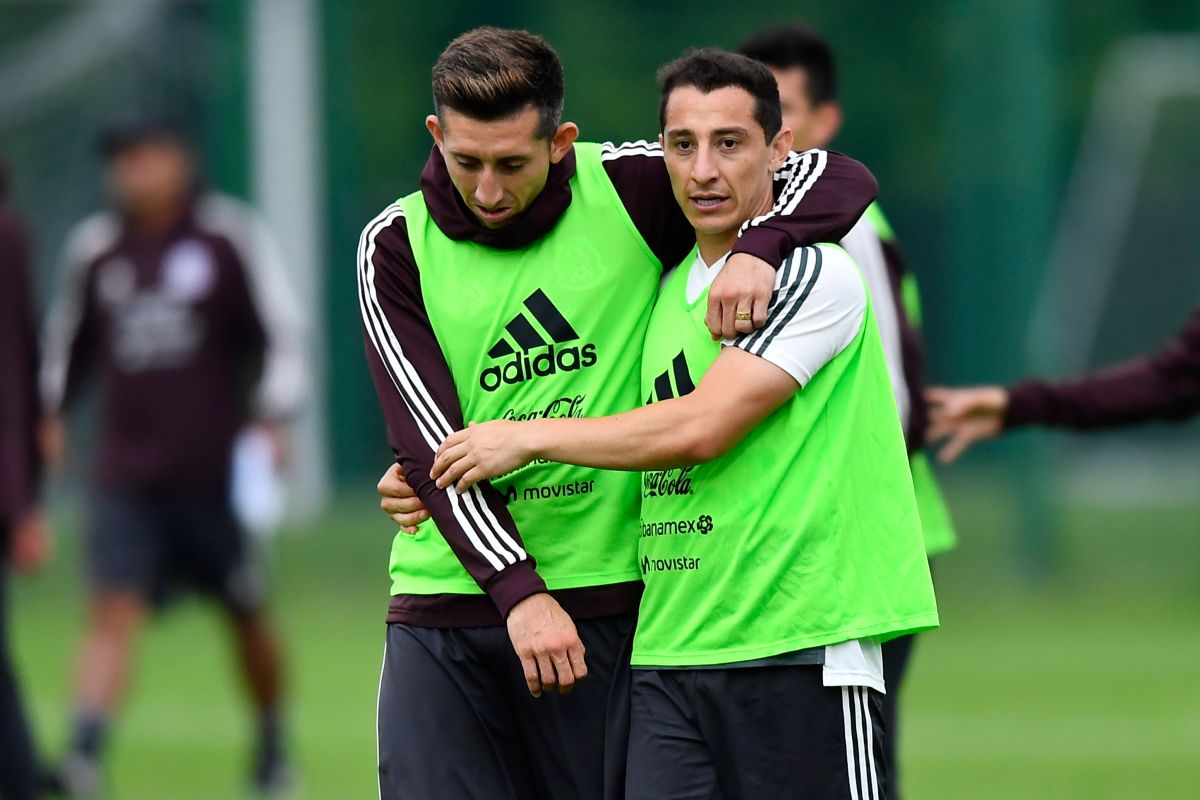 Andrés Guardado and Héctor Herrera showed their good vibes before a fanatic granny who was waiting for them to meet them. Both players of the Mexican National Team showed their greatest willingness and even their joy to share with this special fanatic, who showed that there is no age for fanaticism and that she is a staunch supporter of El Tri.

Andrés Guardado from Betis and Héctor Herrera from the Houston Dynamo arrived in California, where this tender grandmother was transferred to meet the two pillars and standards of the Mexican National Team. The moment was immortalized and captured through Mrs. Consuelo’s Instagram account And the pictures soon went viral.

The grandmother waited until late at night, but neither her age nor her physical condition prevented her from waiting for her idols and in the end she succeeded, for which she expressed herself with great joy on her Instagram account. “Thank you very much Andrés Guardado for taking a little of your time to come and say hello. I thank you very much, I wish you all the best, always many blessings, ”he wrote.

He also had words of thanks for Héctor Herrera. “Thank you very much for taking a little of your time to come and greet me Héctor Herrera You are very much appreciated, many blessings always”, the lady signed on her social networks.

The reactions of Héctor Herrera and Andrés Guardado

The Mexican soccer players were concerned about the woman’s health and questioned her; like this lady? Why do they have her here waiting, take her to her house to rest from her?, Saved said between smiles for the emotional meeting. While Héctor Herrera was also heard: “Hello, ma’am, how is she? Where do they bring her from?

It should be added that Mrs. Consuelo has photos with other soccer players of the Mexican National Team like Memo Ochoa, Hirving Lozano, Chicharito, Miguel Layún, among others.

The Mexican National Team is already concentrated to play their respective matches on the FIFA date where they will face each other against Peru and Colombia, in preparation for the Qatar 2022 World Cup.

. Dani Alves, André Pierre Gignac and Florian Thauvin: three Liga MX footballers with higher salaries than Andrés Guardado in Europe
. Gerardo Martino has already announced the list of those summoned by the Mexican National Team to face Peru and Colombia on the next FIFA date
. Héctor Herrera complained about “wet balls” after falling in the Skills Challenge