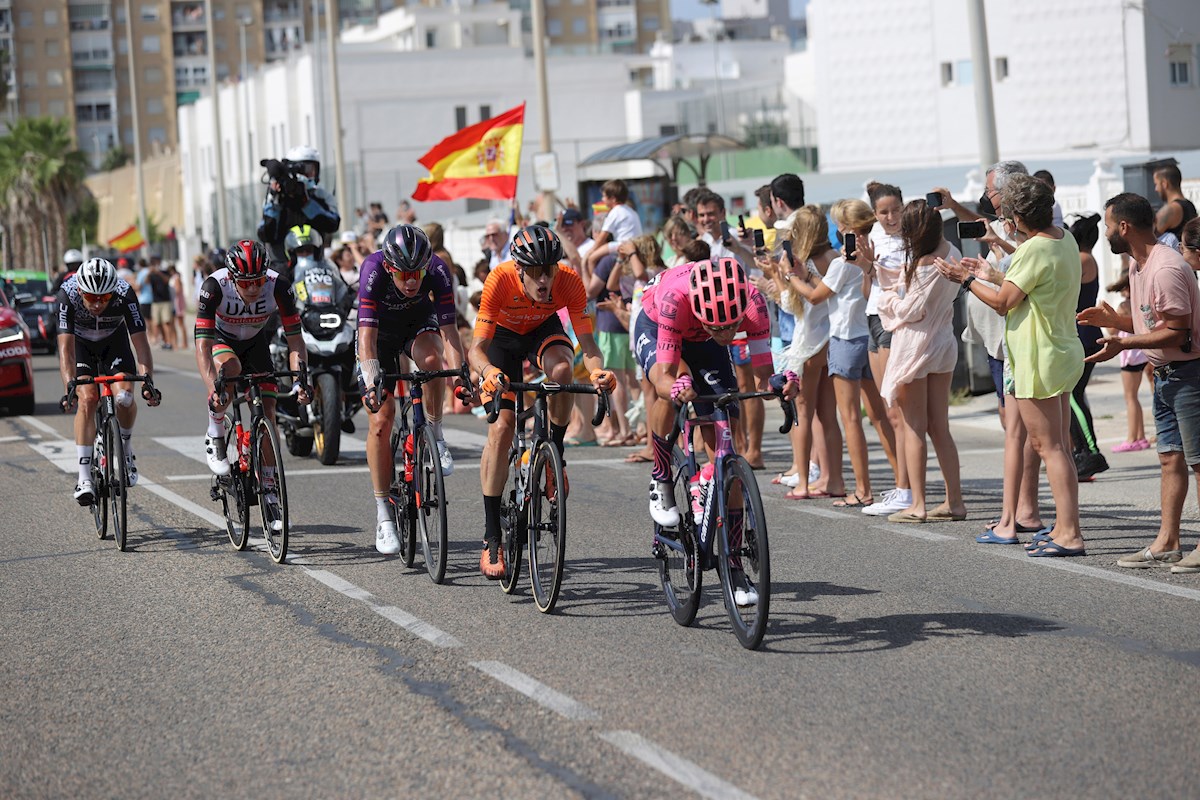 Cort (Bornholm, 28 years old), signed an authentic feat, since he walked almost the entire stage with four other riders, whom he surpassed on the last climb before avoiding being hunted by Roglic in the last meters.

Magnificent Cort with his fourth stage victory in the Vuelta, and remarkable Roglic once again marking the territory after premiering the red in the initial time trial in Burgos. The double winner of the Vuelta gave 6 seconds bonus and 8 seconds to Mas and Vlasov, 12 to Egan bernal and Alejandro Valverde, 29 to Adam Yates and 31 to Mikel Landa, the most affected of the noble zone.

Roglic tried to get a hold of Cort, but was unable to do so by a couple of yards. The final effort served him at least to show once again that he is the strongest at this start of the Vuelta. He returned to the top of the podium with more advantage. The Movistar army follows him with Enric Mas second at 25 ″ seconds, “Superman” López third to 36 ″ and Valverde tied with Egan Bernal at 41 ″. They are further away Mikel Landa, ninth at 1.12 and Adam Yates at 1.22.

Colombians🇨🇴 in the General Classification:

Departure from Requena to cover the 158 journey to the Mountain of Cullera. The city of wine, where 20 wineries are registered, inspired many adventurers willing to be protagonists. From km 50, Bol (Burgos-BH), Magnus Cort, Lindeman (Qhubeka), Joan Bou (Euskaltel) and Gibbons (UAE) were grouped.

A long journey, with an uncertain future, of improbable success, but dreaming is free, and sometimes dreams come true. The quintet had a 7-minute lead, an income that fluctuated depending on the wind and the impulses of the peloton.

The Matthews BikeExchange collaborated with leader Elissonde’s Trek-Segafredo in the lead to control the escape, but some falls and the maneuvers of other teams tried to blow up the race in the noble zone of the general.

# LaVuelta21 The Danish Magnus Cort Nielsen won stage 6 of the Vuelta a España, which has as its new leader the Slovenian Primoz Rogilc.

‘Superman’ López entered the podium, 36 seconds behind Roglic. Bernal is fifth at 41 ‘. pic.twitter.com/C3X6ghvToD

Movistar and INEOS cause fans

Movistar and Ineos began to shoot 33 goal with great force. the lateral wind invited to try their luck with the fans, which they achieved at first causing cuts that put some, like Mikel Landa, in trouble.

The peloton was flying through narrow roads drawn between huge green expanses of rice, a crazy pace on the way to Cullera, now headwind, with only 35 riders ahead. The tactical maneuver did not cause damage because the wind turned its face, but it made the red candidates’ ears prick.

In addition, the arreón reduced the distance with the 5 escapees to 2 minutes, determined to fight each other for glory on the mountain tattooed with the name of Cullera. The race was already out of control. Movistar wanted to “wet” with Valverde, in a propitious ending for the Murcian.

The blue outfit firmly grasped the baton. The first objective, to catch Bol, Cort, Lindeman, Bou and Gibbons, who were now resisting the orange trees between the seas with 15 km to finish and 1.40 minutes of rent. Five against the crowd selling defeat dearly.

Read also: This was the robbery with the moon landing at the Real Madrid store at the Santiago Bernabéu