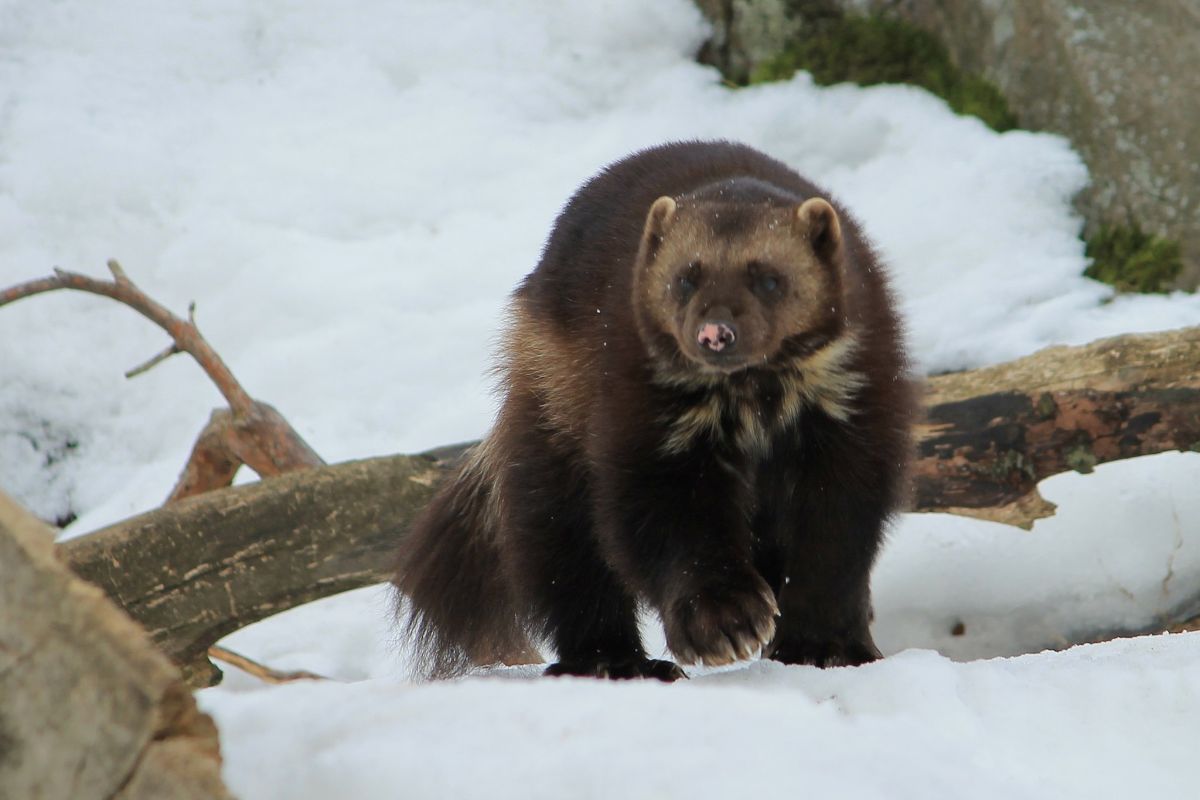 The wolverine is an animal that likes cold and snowy environments to which it is well adapted – Photo: Uusijani, CC0/Public Domain/Wikimedia Commons

A father and daughter who visited Yellowstone National Park for the first time on Saturday enjoyed an extremely rare encounter with a wolverine, in what they have described as an experience of a lifetime.

“For the rest of the tour, the 9-year-old daughter couldn’t stop saying, every 15 minutes or so, ‘Wow… we saw a wolverine today!’” recalled MacNeil Lyons, owner of Yellowstone Insight. “She told me it was the most amazing day of her life.”

Lyons captured several images of the elusive and rare animal, which he shared on Facebook.

See also: CBP discovers a man who tried to cross into the US with snakes and lizards hidden in his clothes

In a Saturday post that included a photo showing the wolverine facing the group from the road, Lyons commented on the bizarreness of the encounter, adding:

“It was only 2 or 3 minutes, but it was as if time had stopped. Surely there was a true and focused connection between two living beings.”

On Sunday, Lyons detailed how he captured the footage, saying he and his Southern California clients “were beyond elated at this chance encounter,” considering the number of wolverines residing within the park’s boundaries could be as high as a few. seven, according to Yellowstone National Park.

Also interesting: VIDEO: Cow on the loose transformed Animal Control Service officers into wranglers in their attempt to catch her on Lake View Terrace

Lyons did not reveal the location of the sighting, but explained that it occurred at 11:38 a.m. as he was turning a corner. The wolverine, in the oncoming lane, was visible as a “dark, low-lying animal trotting away from us.”

Maybe the last time a documented sighting of wolverines in Yellowstone National Park generated headlines was in January 2021. The park shared video footage captured a month earlier by a motion sensor trail camera on Facebook and stated, “Last month, park biologists were thrilled to discover that one of Yellowstone’s rarest mammals triggered a camera! remote outside of the Mammoth Hot Springs area!”

It was the first video of a wolverine captured by a trail camera inside the park.

Read: VIDEO: Real bats interrupt during the screening of “The Batman” in a Texas cinema

Wolverines, members of the weasel family, primarily reside in high-altitude alpine and forested habitats and can weigh up to 30 pounds.

They feed mainly on small mammals and birds, and also eat vegetation. But wolverines can be ferocious and are capable of killing animals much larger than themselves.

Wolverines are mostly solitary, except during the breeding season. They are active during the day and take shelter in deep snow or under fallen or uprooted trees.

Wolverines are so rarely seen and inhabit such remote terrain with low numbers Assessing population trends is difficult and sudden declines in these animals could go unnoticed for years.