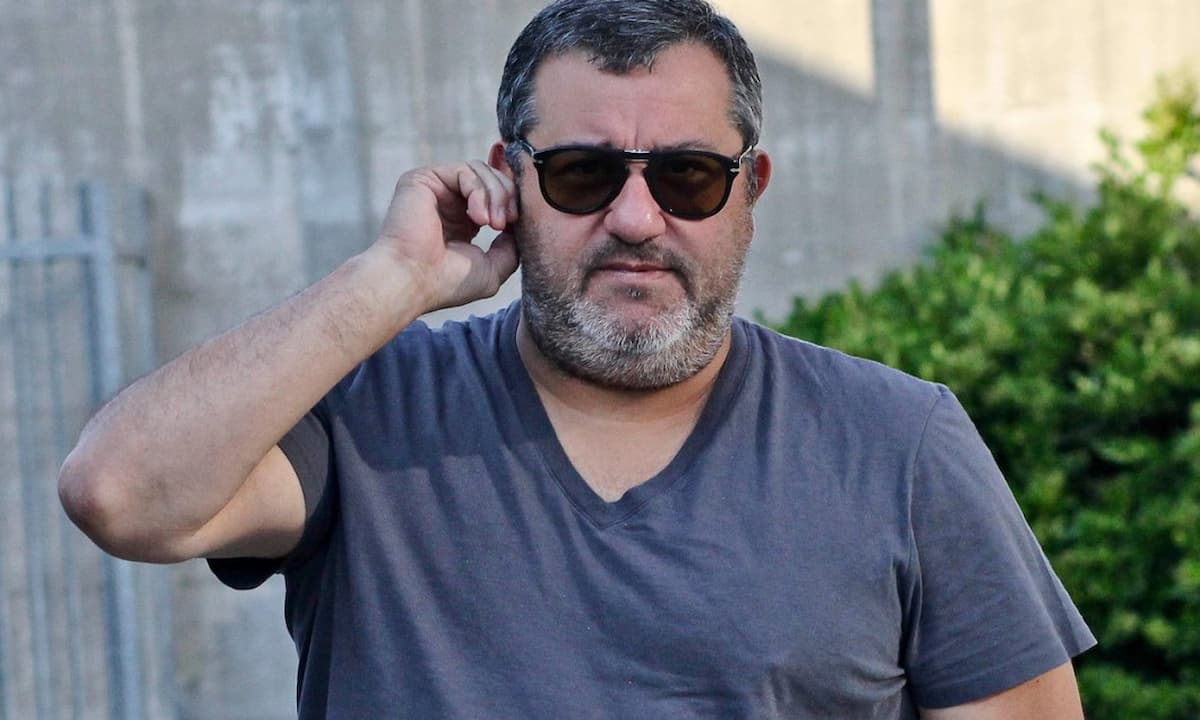 The soccer world received extremely sad news on Thursday. One of the greatest businessmen in the world of soccer, Mino Raiola , died at just 54 years old.

According to the Daily Star, which quotes the Italian press, the superagent died as a result of a disease he had been facing for a long time.

Raiola was hospitalized last Wednesday, and his health gradually deteriorated until doctors were unable to do anything to save his life.

Raiola was hospitalized on January 12, and at that time it was rumored that the impresario had been rushed to undergo surgery. However, shortly afterwards, a spokesman for San Raffaele Hospital announced that the agent had undergone tests that required him to be given anesthetics.

However, Football Italia announced tonight that Mino Raiola’s health has deteriorated and he is in a particularly serious condition in intensive care.

Who was Mino Raiola

Raiola’s story began in the family restaurant. Born in southern Italy, near Salerno, the impresario moved to the Netherlands with his parents when he was one year old.

After growing up, he worked as a waiter in the family restaurant, Italian-style and called Napoli, and was the one who kept in touch with customers, because he had learned Dutch better than his father. The talent for foreign languages ​​helped him later in the negotiations with the European clubs.

Mino Raiola speaks seven languages ​​and studied law as a young man. He also played soccer for HFC Haarlem, and then found a job at a local sports agency (Sports Promotions), which had several Dutch players under contract.

He became a millionaire at the age of 19 when he bought a local McDonald’s restaurant and then sold it to a real estate developer. Entrepreneurial, he always had revolutionary business ideas. For example, when a customer of the family restaurant complained about problems with his Italian suppliers, Raiola solved things. He founded a company called Intermezzo, which helped Dutch companies do business in Italy.

His first big transfer was to Pavel Nedved, from Sparta Prague to Lazio, in the summer of 1996. Mino Raiola has contracts with 79 soccer players from all over the world, and the biggest names on his list are Ibrahimovic, Pogba, Haaland. , De Ligt and Donnarumma.

Other high-profile players, such as Justin Kluivert, Moise Kean, Dumfries, Ihattaren or Pinamonti, also have contracts with the FIFA agent.

In recent years, the Italian-Dutchman, who represents, among others, Ibrahimovic, Haaland and Pogba, has made transfers worth about 1 billion euros.