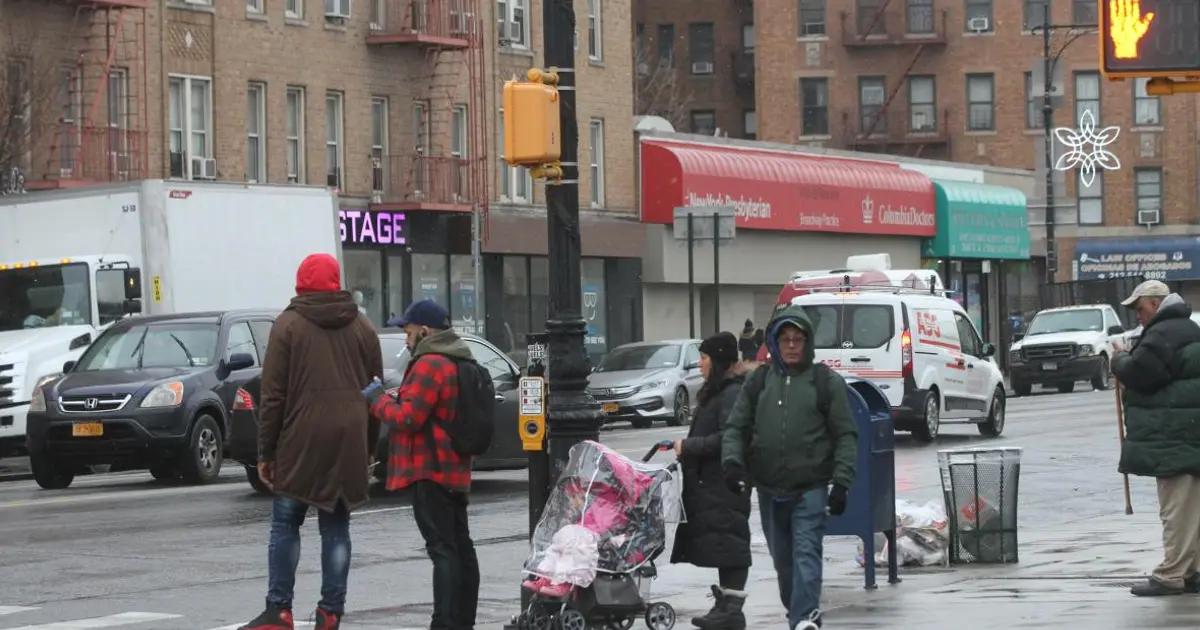 “Shattered. Shattered…they can’t talk,” Vicente Garcia responded to NY1 Noticias when asked how his children were doing after the violent death of his wife Valeria Ortega, another apparent victim of a stray bullet in Upper Manhattan in broad daylight.

Ortega, a 64-year-old Dominican mother and grandmother, died after being shot in the head while walking to the supermarket with her son Monday morning in Inwood. She was one of four people killed on New York streets in a 24-hour post-Christmas span.

“He told me he was coming back. He was going to the grocery store…”

Ortega was apparently struck by a stray bullet at Dyckman Street and Vermilyea Avenue around 11:31 a.m. Monday, just blocks from her home. She was later pronounced dead at Harlem Hospital.

The fatal shooting came minutes after a 26-year-old man was shot and critically wounded about a half-mile away. It is unclear if there is a connection between the two shootings.

According to NYPD, Ortega was hit by a drive-by shooting between subjects from inside a car and two men on a scooter, very close to the area where she lived for three decades. She is survived by three children, three grandchildren and her 101-year-old mother, who suffers from Alzheimer’s disease.

Neighbors also mourned her death, remembering her as a “generous” woman, who even cared for a resident on her same floor who lives alone and went blind. “She came by yesterday (Monday) morning to give me my breakfast. She told me she was coming back. I was going to the grocery store. It’s like a piece of my heart was taken away,” said neighbor Gillispia Savage.

No arrests have been made and no suspects have been identified. Anyone with information should call 1-800-577-TIPS (8477) and in Spanish 1-888-57-PISTA (74782). Also via crimestoppers.nypdonline.org or by text message to 274637 (CRIMES), followed by TIP577. All communications are strictly confidential.