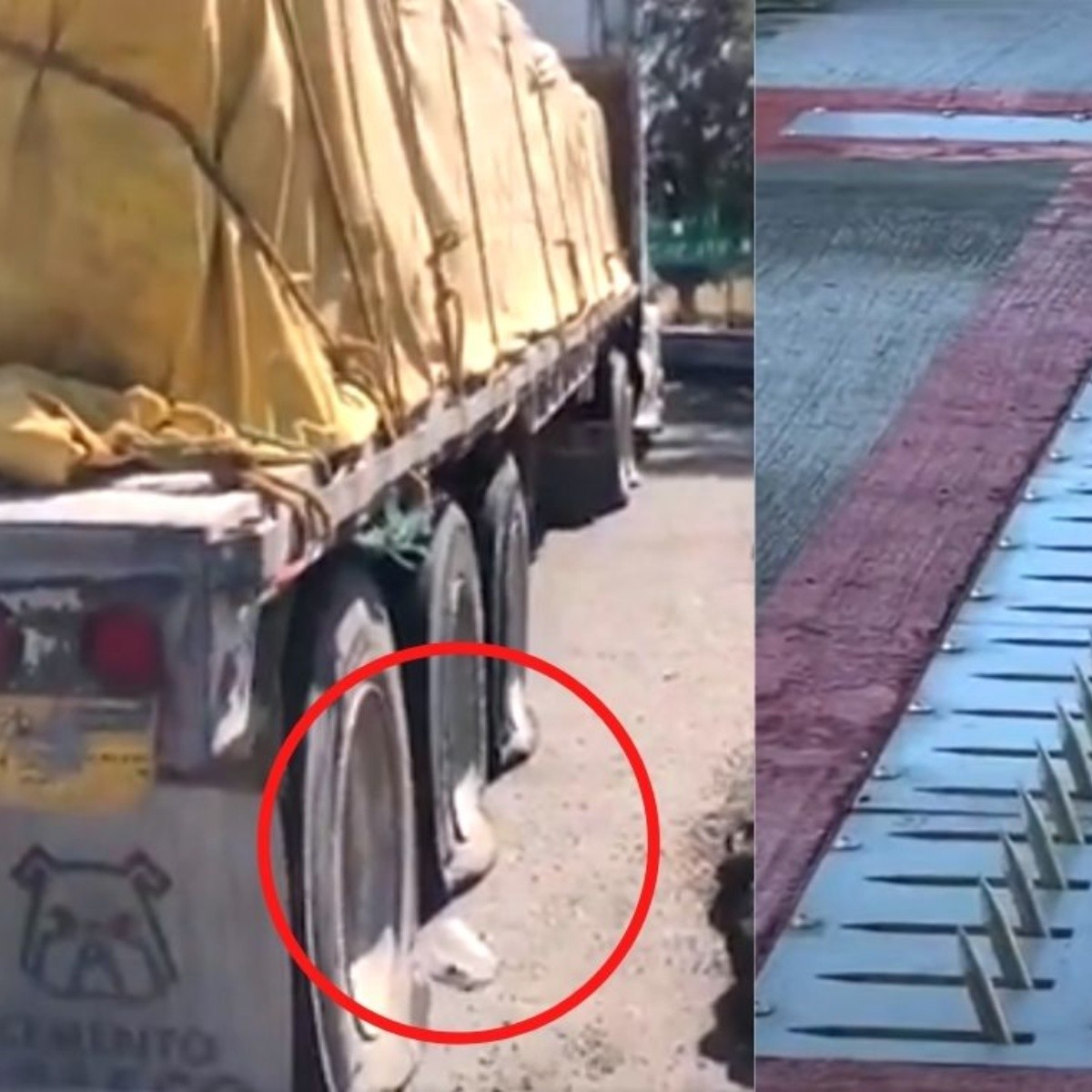 This past Tuesday, January 18, the operation of the ‘tire punch’ system in the T-2 payment plaza, or better known as the booth ‘The Americas’ (Ecatepec), in the External Circuit Mexican (EMC).

However, only five hours passed before the first victim fell, since a torton-type truck did not want to pay the corresponding toll, and so without caring about the warning that the steel points were going to rise, it was worth it and he tried to escape.

Read also: Once again, they find 388 migrants crammed into a trailer and bus

It was through social networks that a video came to light in which the exact moment in which the trailer tries to leave without paying what corresponds to the booth appears, butAs the steel spikes rise, he ends up with all 22 blown tires.

Despite this, the driver remained persistent and did not stop with the multiple punctures, he managed to advance almost eight kilometers until the moment in which the tires could not take it anymore and he ended up sidelined on the highway.

But was it worth it? The truth is that the cost of the toll was only 162 Mexican pesos (5-6 axle truck), while each new tire you buy for this type of transport starts at eight thousand pesos, so went from paying 162 pesos to 176 thousand pesos, without even counting the service of dragging and assembly of the same.

The video quickly went viral on social networks again, dividing Internet users, on the one hand, who celebrated that there was a consequence for the driver who wanted to do his thing without caring that everyone must pay, while others defended him saying no. what the government had implemented was legal.

Let us remember that this automated system of ‘tire punch’ was made known since last January 13 by Random, operator of the CEM, because the ‘Las Américas’ toll booth had become one of the places with the highest rate of payment evasion.

According to Javier Castro Felix, General Director of Operations of the CEM, would have been 250 thousand per month, in addition to also seeking to protect the safety and physical integrity of users and operating personnel.

For not paying the fee, the trailer premieres ‘punch tires’ at the toll booth of the Mexican circuit in the State of Mexicopic.twitter.com/3o0JBAPGcs