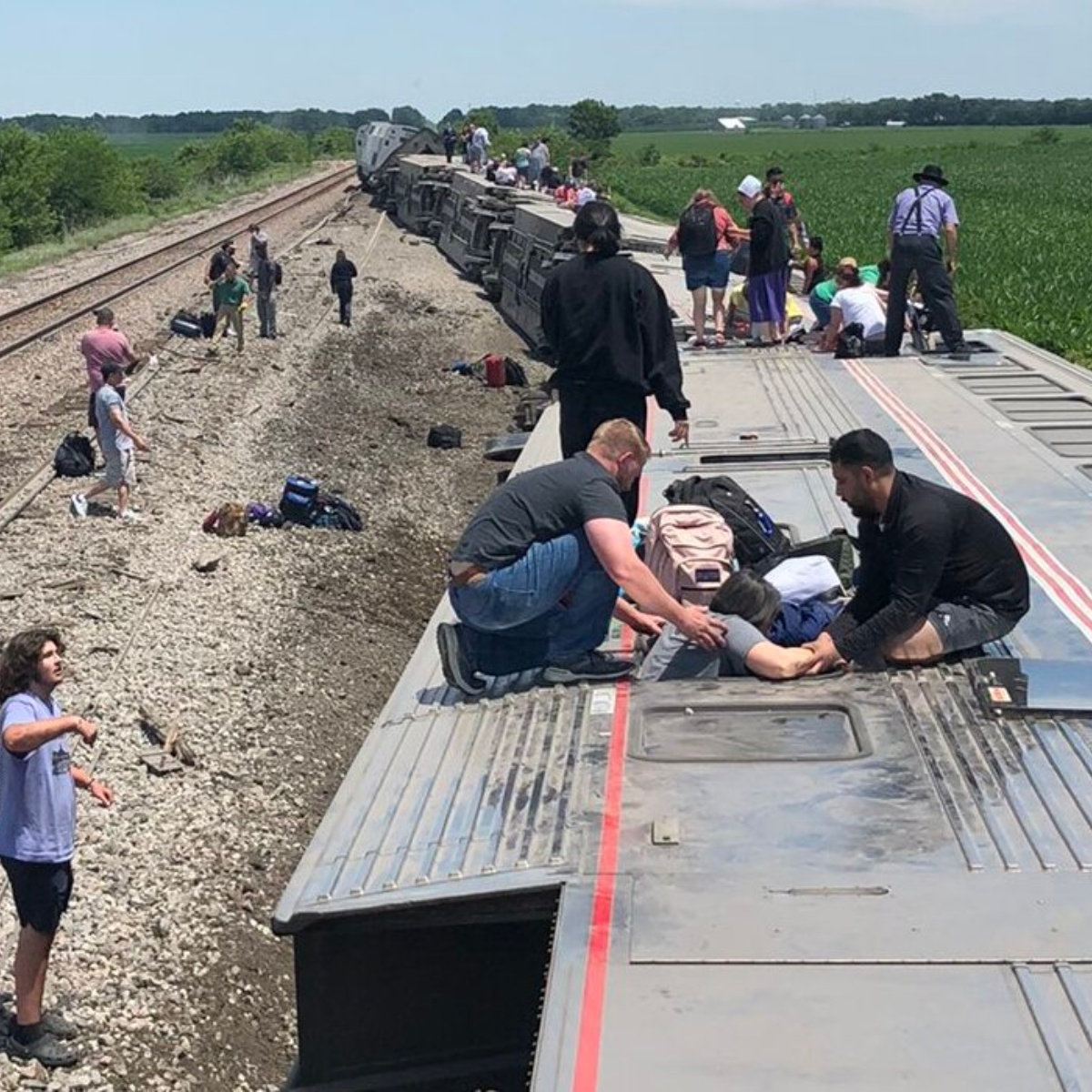 A amtrak train traveling from Los Angeles to Chicago derailed in Missouri after colliding with a dump truck.


Train with 243 passengers derails in Missouri

#LAST MINUTE | An Amtrak train traveling from Los Angeles to Chicago derailed Monday after colliding with a truck at a railroad crossing in Mendon, rural Missouri, USA.

On board were 243 passengers. Report at least 3 deaths. pic.twitter.com/4ZBtJuD49K

Woods said 243 people were on the crashed train. Mendon is about 84 miles northeast of Kansas City.

A Columbia University Hospital spokesman said three people were arriving from the scene, but no information was available about their conditions.

Social media posts from the scene show multiple cars from the side. The Missouri Highway Patrol says eight cars derailed.

Second train accident in the US in less than 24 hours

Three people were killed and two others were injured after another Amtrak train collided with a vehicle blocking the railroad tracks near Brentwood, California, on Sunday afternoon.

As we report in AmericanPost.Newsthe East Contra Costa County Fire Protection District said the incident was reported around 1 p.m.

Three people in the car died at the scene, while two others, including a child, were injured, the San Jose, California-based fire service told NBC’s KNTV.

One person was taken to the hospital by air ambulance, while the boy was transported to the same hospital by land, it said. The fire service said the Contra Costa Sheriff’s Office was investigating the rail accident.