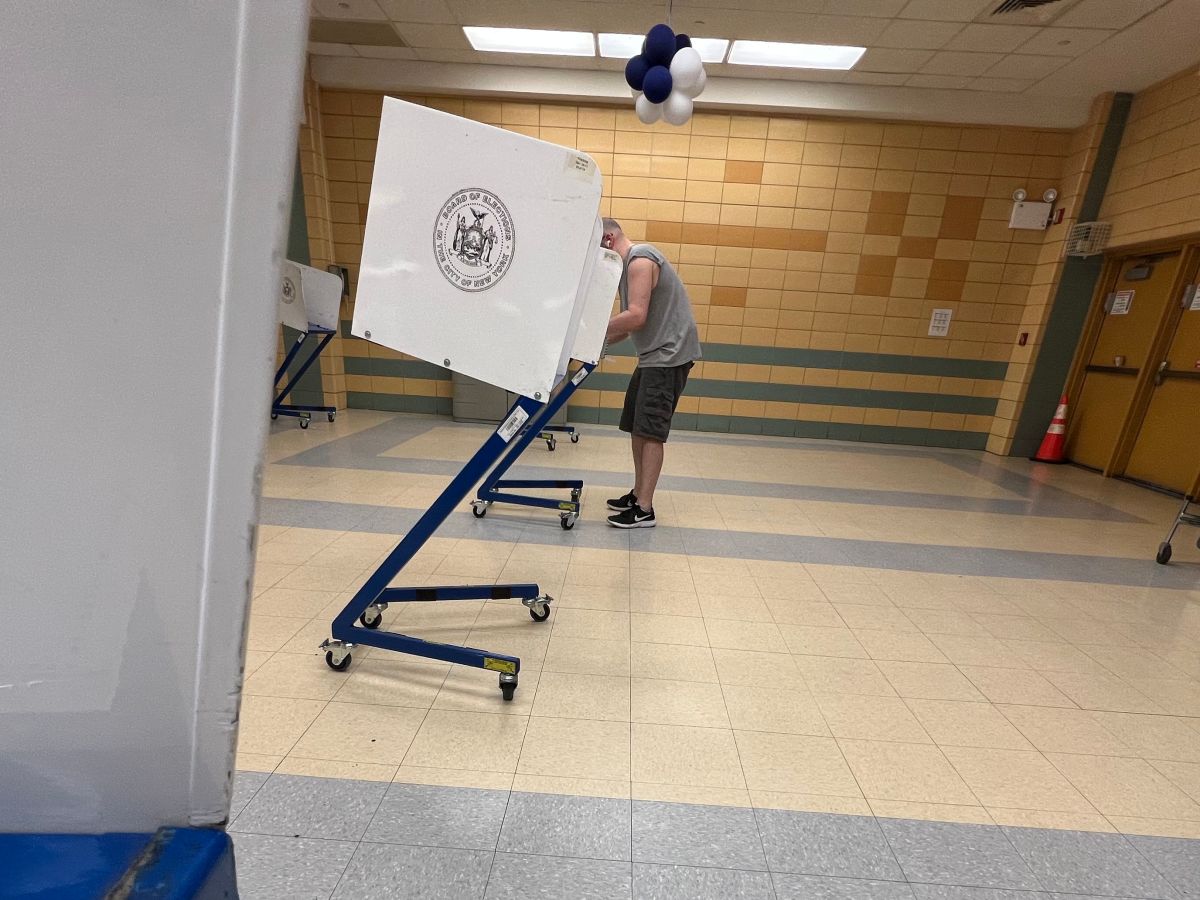 This Tuesday took place the primary elections in New York State to elect the candidates nominated by the Democratic and Republican parties, who will compete for the positions of Governor and Lieutenant Governor on November 6.

and although Jumaane Williams and Ana Maria Archilalaunched an intense campaign to change the direction of the State leadership, competing for the positions of Governor and Lieutenant Governor, respectively, at the close of this edition, the numbers projected the triumph of the current Governor, Kathy Hochul and the lieutenant governor, Antonio Delgado. With 31% of the tables counted, Hochul was declared the winner, beating Williams with 66%, who showed 21%, and Congressman Thomas Suozzi, who had 12%.

The cumbias that adorned the activity where the current Ombudsman and the activist of Colombian origin waited for the results of the day, in Brooklyn, they quarreled a bit with the faces of some attendees who, as Hochul and Delgado confirmed their first places, began to look sad.

For the position of Lieutenant Governor, Delgado won with 60%, while Archila had 25.9%. Diana Reyna, the other Hispanic in the race, showed 13% of the votes.

After learning of the results, community leaders and organizations defending immigrants and vulnerable communities in the Big Apple called on the next eventual rulers of New York, who will take office in January 2023, to commit to advancing a progressive agenda.

Listen to the needs of the most vulnerable

The cry, beyond urgent social investments, in health, education and protections for tenants, is that they listen to the needs of the most vulnerable and promote actions in tandem with the Legislature so that there can be effective changes.

That’s how he stated it Yatziri Tovarfrom the organization Make the Road Action, who assured that it is urgent that the next government in Albany work for the most needy communities and not continue to turn a deaf ear to urgent projects.

“Our hope is that our people, especially our immigrant people, black communities, tenants and workers, will finally be included among the priorities of the State, because as we saw in the last legislative session, many of our needs They were not listened to.” said the activist. “We need the future governor to promote the investment of more money for our excluded workers, that he can be a leader who pushes the passage of good cause legislation, which would protect many tenants. We are just coming out of the pandemic and there are thousands of people who are going back to work and now face the possibility of being evicted from their homes by landlords who are raising their rent in an inhumane way.”

The former DACA beneficiary also warned that it is imperative that those who take the reins of New York from next year promote the approval of laws that have remained in the inkwell and that would improve the quality of life of millions of New Yorkers, such as coverage of health for all and the “Health Act”.

Likewise, the young woman was clear in warning that regardless of who finally wins the position of Governor and Lieutenant Governor in November, community organizations will continue to fight for more equity, social justice and the most vulnerable New Yorkers receive the treatment that is deserve.

“The wish was that there would be a new leadership in our state, because it could have come to us in good time with Jumaane Williams and Ana Maria Archilawho have been in the streets marching by our side, raising their voices for our needs, but with Hochul we will continue fighting for legislation to be passed that helps our communities,” said the activist, warning that with what the current Governor, tougher battles are anticipated in Albany.

“We know that with her in the Government the fight will be strong, but we are prepared to fight. We have done it since Covid began and we will continue to fight for our community to be prioritized, because the needs are still there and the political leaders will have to change.

Yesenia Matadirector of the organization La Colmena, from Staten Island, called on Governor Hochul to show signs of better understanding the needs of the community, now that she eventually has the pass of the Democratic Party to have a full term of government.

“The Governor Hochul should include undocumented children in her expansion of child care. Not only have undocumented parents been excluded on several occasions, even though they have been the backbone of New York’s economy during the pandemic, but now children are being excluded, “said the activist. “If the governor doesn’t do this, then what message is she giving to undocumented children?” Murad Awawdeh, executive director of the New York Immigration Coalition, insisted that it will be the responsibility of the candidates who won the nomination for the highest office in the State to direct their north towards the needs of the most vulnerable New Yorkers.

“It is absolutely critical that all New Yorkers be able to thrive, regardless of their immigration status. Our leaders in Albany, including the Governor and the Lieutenant Governor, must stand up for our immigrant communities and end the demonization of immigrant New Yorkers who are the backbone,” said the activist, joining the call to greenlight bills urgent.

“While they should start with the passage of the New York For All Act, the Access to Representation Act, Coverage4All and the expansion of language access, funding for legal services and the Excluded Workers Fund, these should be treated as minimal,” Awawdeh said. “It is past time for our leaders to equitably include our immigrant communities in the future of New York State.”

Diana Moreno of the NICE organization, described these elections as vital to define the future of the state and of the communities that have suffered the most from the impact of the pandemic and inequalities and urged the candidates who won the nomination to prioritize issues of support for immigrants , such as the expansion of the Funds for Excluded Workers.

“NICE has helped thousands of our members apply for and receive this vital aid. We know it had a huge positive impact such as preventing eviction, helping pay off debts and putting food on the table for thousands of families. But the original funds were simply not enough,” said the community leader.

“After helping New Yorkers survive the worst of the pandemic through our essential work, and after suffering disproportionate health and economic impacts, immigrant families are still dealing with a very difficult situation and we need the support of state government. ”, warned the NICE spokeswoman.

“After the failure of the federal government to pass a comprehensive immigration reform last year, and the decision of the Court that has just reversed the victory of the municipal vote in New York City, immigrants have the support of our representatives to state level to be able to get ahead after such difficult years,” Moreno added.

On November 6, Hochul will possibly face Lee Zeldin, who with 39.5% seemed to have a wide lead for the Republican nomination, after beating Andrew Guilliani, who had 26.2%, and Rob Astorino, with 19.8%.

Antonio Delgado, for his part, will have to face former NYPD member Alison Esposito, who is the official candidate of the Republicans.

Preliminary Results for the Democratic Nomination for Governor

Preliminary results for the Democratic nomination for Vice Governor

Who competed for the position of Lieutenant Governor?
Current lieutenant governor Antonio Delgado, community leader and activist Ana María Archila and former councilwoman Diana Reyna competed for the Democratic nomination. For the Republican party, Alison Esposito is the official candidate.

Who is Antonio Delgado?