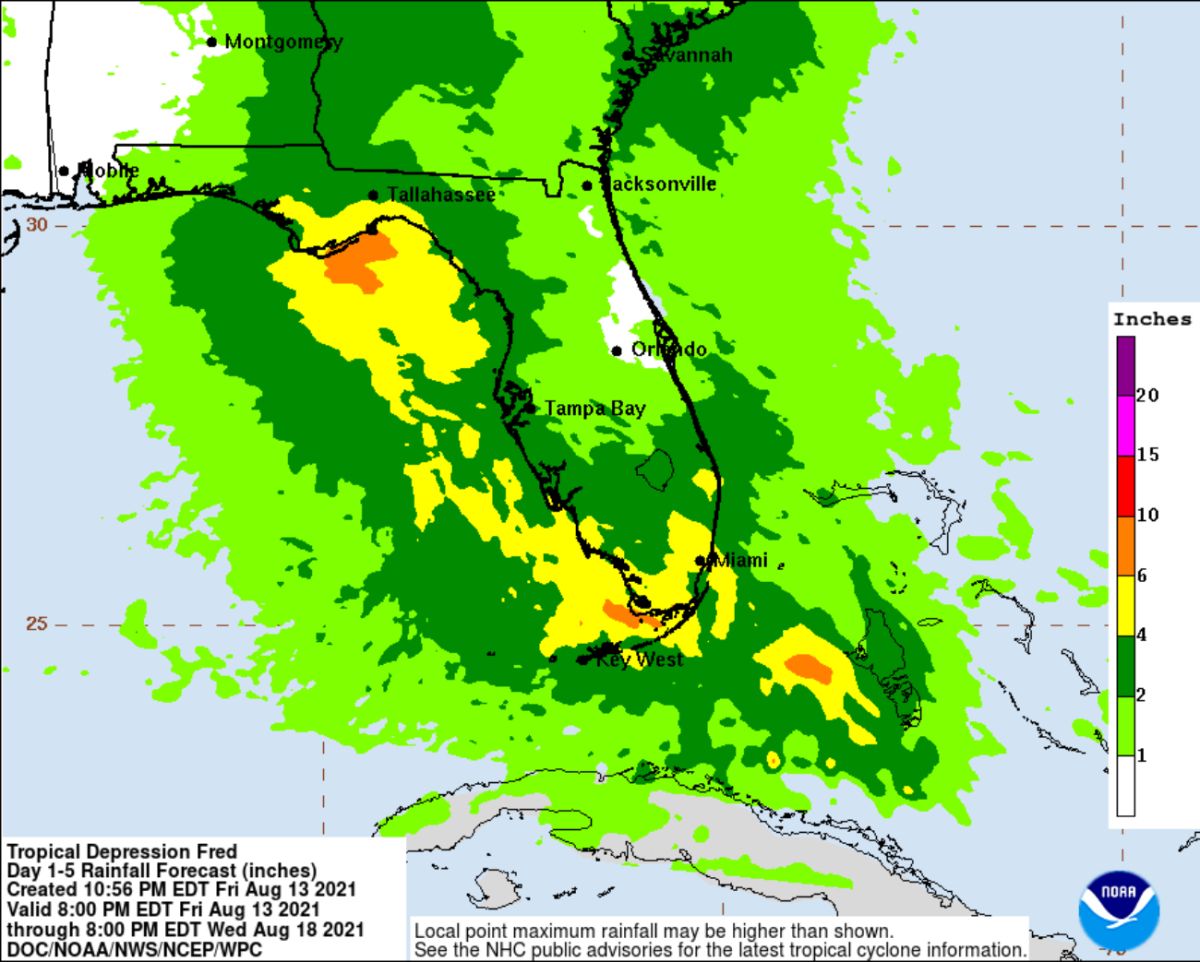 Despite looking disorganized on the satellite, tropical depression Fred may revert to a tropical storm before hitting Florida as early as early Saturday, according to the National Hurricane Center.

Meanwhile, the next named system that could affect the United States is forming in the Atlantic, according to CNN.

The advisories extend from the Florida Keys west of Ocean Reef to the Dry Tortugas and all of Florida Bay. A tropical storm watch covers the southwest coast of Florida from Englewood south and east to Ocean Reef.

Fred on Friday afternoon was along the north coast of Cuba with 35 mph winds.

From there, “the storm should continue north of eastern and central Cuba through tonight and near or through the Florida Keys on Saturday,” according to the National Hurricane Center.

After passing the Keys, the storm should move toward the Gulf of Mexico and toward Florida’s Big Bend.

Some computer models show Fred entering the Florida peninsula, while others place him as far west as the Alabama-Florida border.

Heavy rains are the main threat from this storm, as Cuba could see up to 5 inches of rain in some isolated areas.

Even higher totals are forecast for Florida.

Two areas of concern for heavy rain and potential flooding into next week: 1) Forecast impacts from Tropical Storm Fred as well as showers and storms along a frontal system across the Southeast and 2) Continued showers and storms associated with the Southwest Monsoon. pic.twitter.com/D2jJNSpiRF

“Much of the Florida peninsula is expected to be on the east side of Fred, which is where the heaviest rains and the strongest winds will be,” the hurricane center said.