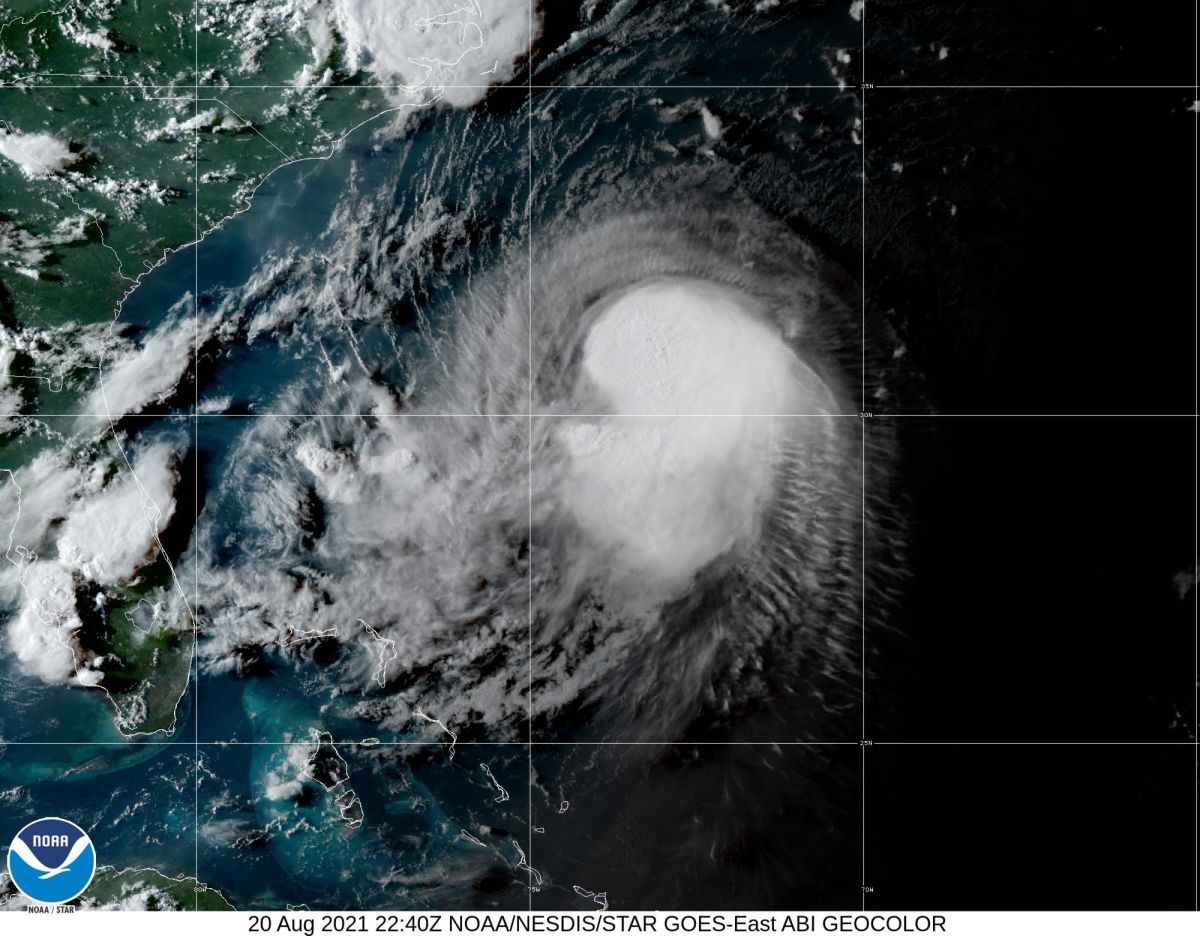 It’s been 30 years since a hurricane made direct landfall in New England, but there’s a chance that streak will end this week.

Tropical Storm Henri is the eighth named system of what has already been an active 2021 season.

At this time, the storm is not threatening anyone: it turns away from the east coast, about 800 miles south of Nantucket, with winds with tropical storm force.

But on Friday afternoon The National Hurricane Center (NHC) tweeted that the storm is almost a hurricane and updated the alert to a hurricane warning for parts of Long Island and Connecticut.

Hurricane conditions, including storm surge, also possible in parts of Massachusetts and Rhode Island on Sunday.

Here are the 5 PM EDT August 20th Key Messages for Tropical Storm #Henri. Parts of the Hurricane Watch area has been updated to a Hurricane Warning for portions of Long Island and Connecticut.

Following the updates of the forecasts, Rhode Island Governor Dan McKee declared a disaster emergency for the state “Due to the dangers to life and property posed by this storm.” The order allows the state to begin disaster preparedness and acquire additional resources in advance of the storm’s possible landfall, according to CBS News.

Governor Ned Lamont of neighboring Connecticut also declared a state of emergency.. “Right now, it’s a good idea for everyone to be prepared and expect to shelter in place from Sunday afternoon until at least Monday morning,” he said. “We will continue to monitor the progress of the storm and provide updates as needed.”

The Weather Channel warned in a statement that “Henri’s cone has changed. New York City is now under a tropical storm watch and a major storm surge event is likely to extend to the Cape. “

The cone of #Henri you have shifted. New York City now is under a Tropical Storm Watch and a significant storm surge event is possible stretching up to the Cape.

Our crews are in the studio and the field ready to bring you the latest on this system. pic.twitter.com/M2BX5mYlgZ

For the next few days, the system is expected to strengthen and move closer to the east coast. It is expected to pass safely east of the mid-Atlantic, but it may hit eastern New England like a landfall hurricane. The last time this happened was Hurricane Bob in 1991, which made landfall with 100 mph winds.

The evolution of the NHC 5 day cone for #Henri.

What seemed like a harmless storm going out to sea may end up as the first landfalling hurricane in the Northeast in 30 years… pic.twitter.com/URSuVH82Sr

Much of the future of the storm is not yet known, but it is recommended that anyone exposed, especially those near the southeastern New England coast, should begin making initial preparations, such as putting together a plan and a team. hurricane safety.

Right now, the storm is being directed west by a high pressure system near Bermuda.

When the storm moves further north, the official forecast from the National Hurricane Center raises its intensity to a Category 2 hurricane, with maximum winds of 90 mph overnight on Saturday. Computer models predict a similar intensity.

As Henri moves north, he will churn the waves and cause a very high rip current risk along much of the east coast this weekend. It is likely to move from the Carolinas to the Mid-Atlantic and eventually to New England.

Even so, there is a real chance that Henri will make landfall as a hurricane or very strong tropical storm sometime on Sunday. If that happens, expect significant coastal flooding from storm surge, strong hurricane force winds and heavy rain.