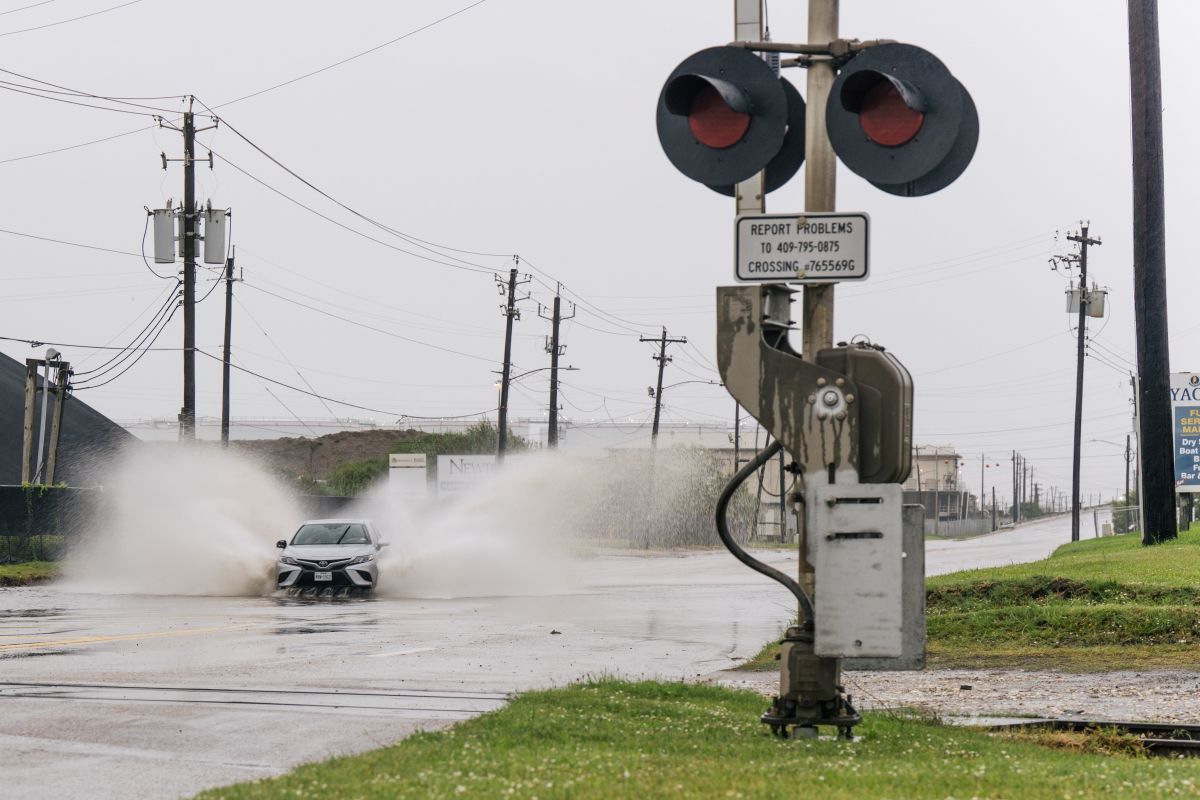 The tropical storm Nicholas is soaking the Houston metropolitan area in Texas as it moves along the coast of that state.

The system, which made landfall early Tuesday morning in Texas as a hurricane, is expected to drop another 5 to 10 inches of rain over a wide area spanning from the north coast of Texas to the west of the Florida Panhandle to the Thursday.

It is possible that “Life-threatening flash floods” over the next two days, particularly in urban areas, the National Hurricane Center (NHC) said.

Parts of southern Louisiana could see a total of isolated 20-inch rainfall, according to the agency.

The tropical storm Nicholas it is currently 50 miles east of Houston, moving east to northeast at 6 mph, the hurricane center said at 4 p.m. CDT.

The maximum sustained winds of the storm They’ve dropped to 40 mph, but people should be careful of rain and storm surge, forecasters warned.

Louisiana has a dire prognosis

Parts of southern Louisiana are still dealing with the effects of the Hurricane Ida, including tens of thousands of people who are left without power two weeks after the storm. Now those same places are flooded by Nicholas.

It is expected that six to 10 inches of rain fall over most of the Louisiana coast in a warning area that extends from west Lake Charles to beyond New Orleans.

The National Weather Service (NWS) says that much of the coastline and inland areas from Texas to Mississippi face a moderate risk of Flash floods, which means that those floods have at least a 20% chance of occurring. Parts of the warning zone extend more than 100 miles inland, covering more than half of Louisiana.

“It is possible that Nicholas will stop over southwest or central Louisiana,” the hurricane center said Tuesday.

The system still projects tropical storm-force winds 140 miles from its center, but most of those winds are southeast of its center, over the Gulf of Mexico.

It is expected that the tropical storm Nicholas continues to lose organization and turn into a tropical depression Tuesday night, with further weakening expected on Wednesday.