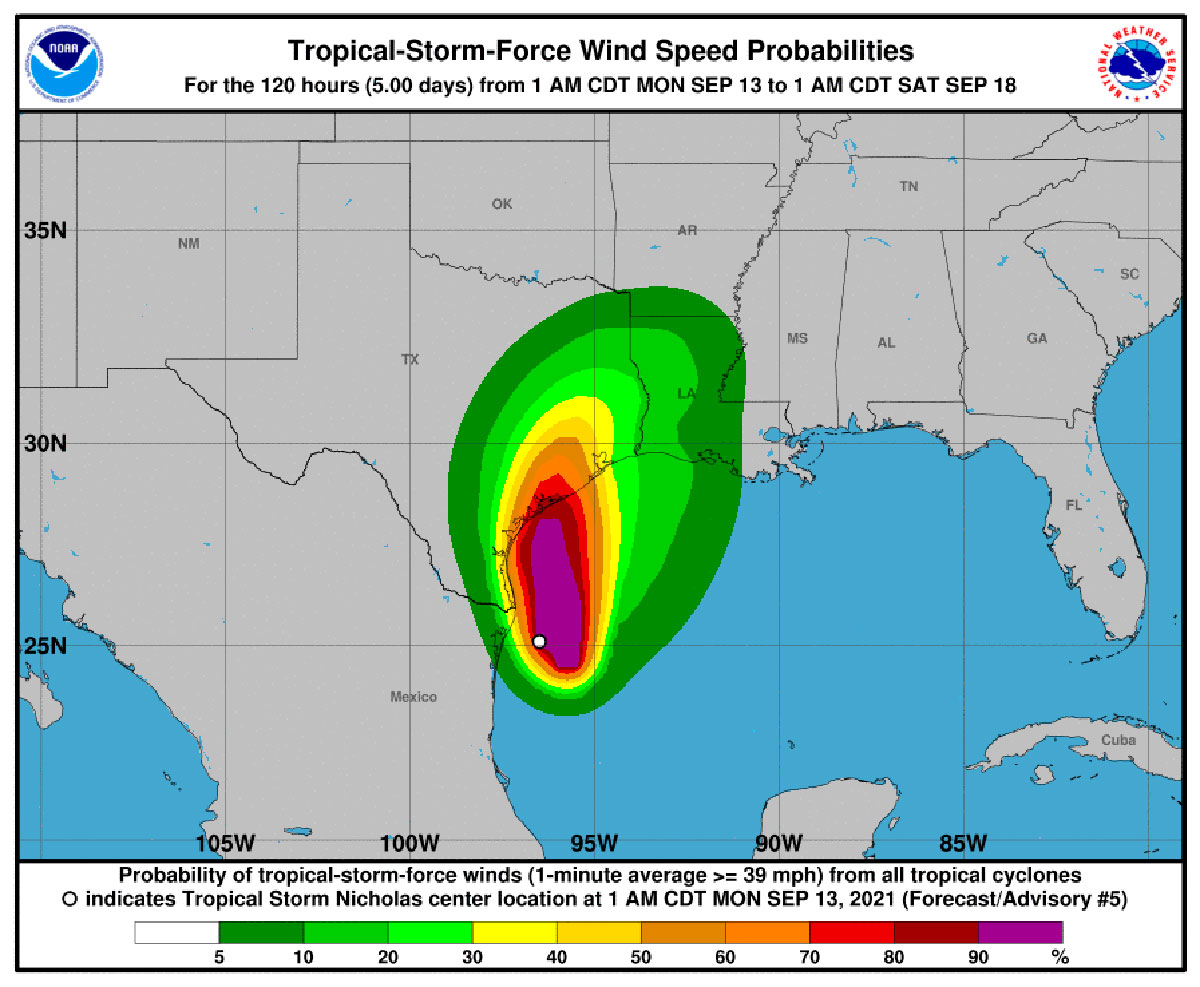 Tropical Storm Nicholas moved slowly and erratically near the coasts of northeastern Mexico and southern Texas on Monday. before making landfall today in that southern US state, possibly with hurricane force.

Flash flooding, storm surge and strong wind gusts are expected in coastal areas of Texas and part of Louisiana, according to the US National Hurricane Center (NHC).

At 08:00 hours from Miami (12.00 GMT) the center of Nicholas was located about 40 miles (65 km) south-southeast of the mouth of the Rio Grande, the natural border between the United States and Mexico, and about 210 miles (335 km) south of Port Oconnor, Texas.

There is a danger of life-threatening storm surge from Tropical Storm #Nicholas along the Texas coast from Port Aransas to Sabine Pass where a Storm Surge Warning is in effect. Latest information is available at https://t.co/tW4KeGdBFb pic.twitter.com/iKBxOEKMv0

On the predicted trajectory, Downtown Nicholas will pass near or just offshore from the coasts of northeastern Mexico and southern Texas and then it will move over land along the south or central coast of Texas this late or early evening.

In addition, the NHC has issued a hurricane watch for the Texas coast, from Port Aransas to Freeport.

Other warnings and watches apply to different stretches of the Texas coast and up to Rutherford Beach in neighboring Louisiana.

According to the NHC, the storm should move north later today at a higher speed and will turn northeast on Tuesday.

For today, a strengthening of Nicholas is forecast, which may reach the northwest coast of the Gulf of Mexico as a hurricane and on Tuesday and Wednesday, already on land, a progressive weakening.

Tropical storm-force winds extend up to 115 miles (185 km) from the center.

Nicholas is expected to produce heavy rains in sections of the Texas coast and southwestern Louisiana through the middle of the week, as well as sea level rises of up to 5 feet (1.50 meters), some tornadoes and storm surge.

Heed warnings from local officials and be sure to avoid high water.

So far this year there have been five hurricanes in the Atlantic basin, Elsa, Grace, Henri, Ida and Larry, of which Grace, Ida and Larry reached the highest category, 3 or more.

It may interest you:
· VIDEO: Mexican sailor cries after trying to save the life of a puppy rescued from the collapse of the hill in Mexico
· VIDEO: Flashes in the sky and panic in the heights; this is how the 7.1-degree earthquake was experienced in Mexico
VIDEO: Historic rains in Mexico leave more than a dozen deaths and severe damages