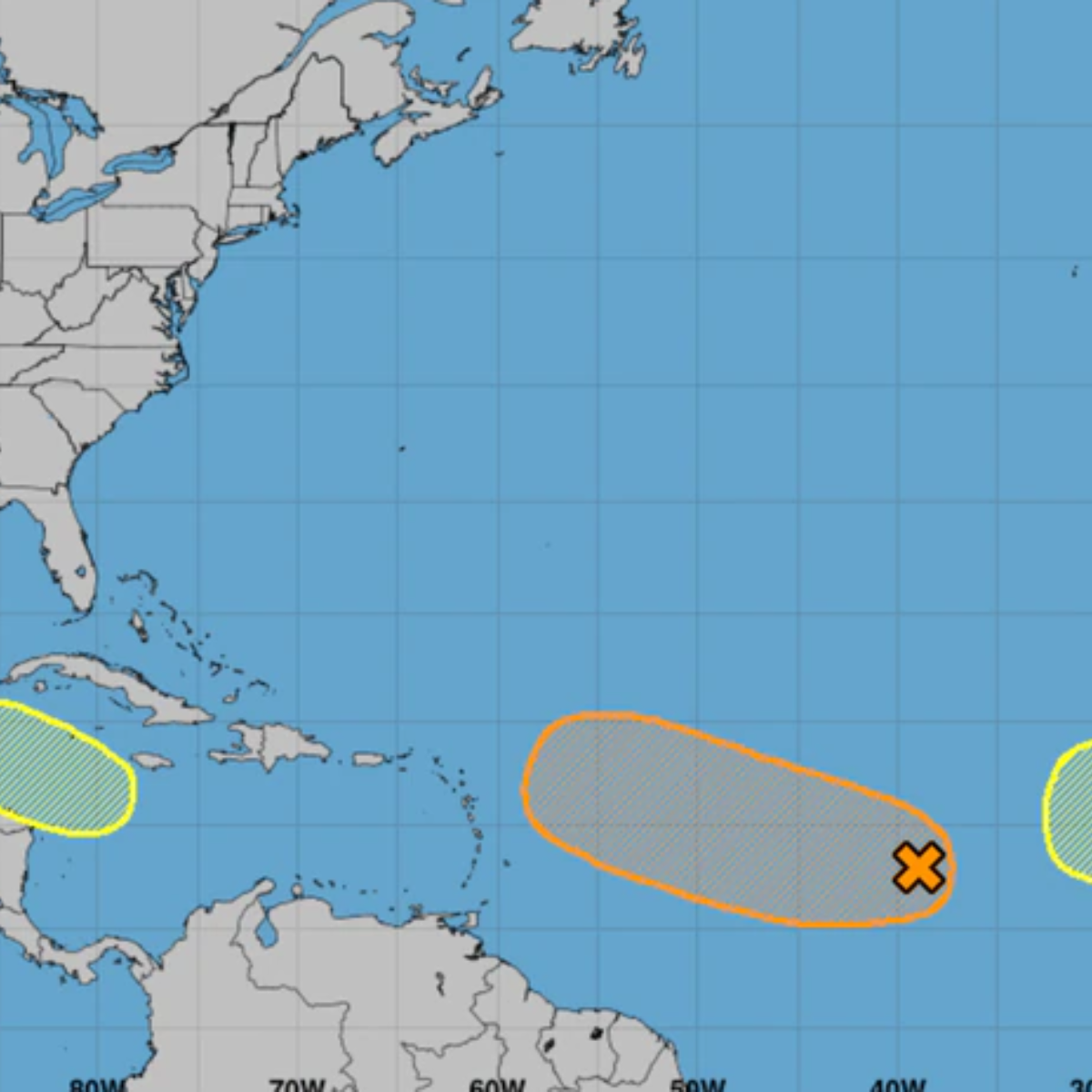 The National Hurricane Center reported this afternoon that a tropical wave located in the Atlantic Ocean increased its potential for cyclonic development so it could become a tropical depression in the middle of next week.

In the 2:00 pm bulletin, the possibility of cyclone development for the next five days increased to 40%, while in the morning it was 30%.

According to the agency, environmental conditions are expected to be favorable for the gradual development of this system in the coming days as it moves west-northwestward.

This afternoon, the tropical wave was moving at 10 to 15 miles per hour into the waters east of the Leeward Islands.

In AmericanPost.News it was revealed that a study made it clear what is the coolest clothing you can wear when it’s hot. Four outfits were tried on for 30 minutes each in the sun.

Tropical wave found in the center of the Atlantic Ocean

The tropical wave found in the center of the Atlantic Ocean and that could bring a rainy event over Puerto Rico for next weekend, it is likely to become a tropical depression by mid-week, the National Hurricane Center (NHC) reported this afternoon.

In its outlook for tropical conditions, the weather agency estimated a 10% probability of cyclonic development in 48 hours (similar to this morning) and raised the probability to 40% for the next five days. Likewise, it began to monitor a new disturbance, which is why there are already three tropical waves monitored by the NHC, because they have the opportunity to develop into a cyclone.

In the next few days, the departure from Africa of tropical waves capable of gaining intensity will become more frequent, because not only are the conditions favorable for it, but the peak of the hurricane season has already begun. Climatologically, the peak day of the season it’s next september 10.

It may interest you: Tropical depression will affect Tabasco, Veracruz and Tamaulipas

What cyclones and hurricanes are left for this 2022?

They will be pending yet to register: Ivette, Javier, Kay, Lester; Madeline, Newton, Orlene, Paine, Roslyn, Seymour, Tina, Virgil, Winifred, Xaver, Yolanda and Zeke, names that were established for the current 2022 cyclone and hurricane season.