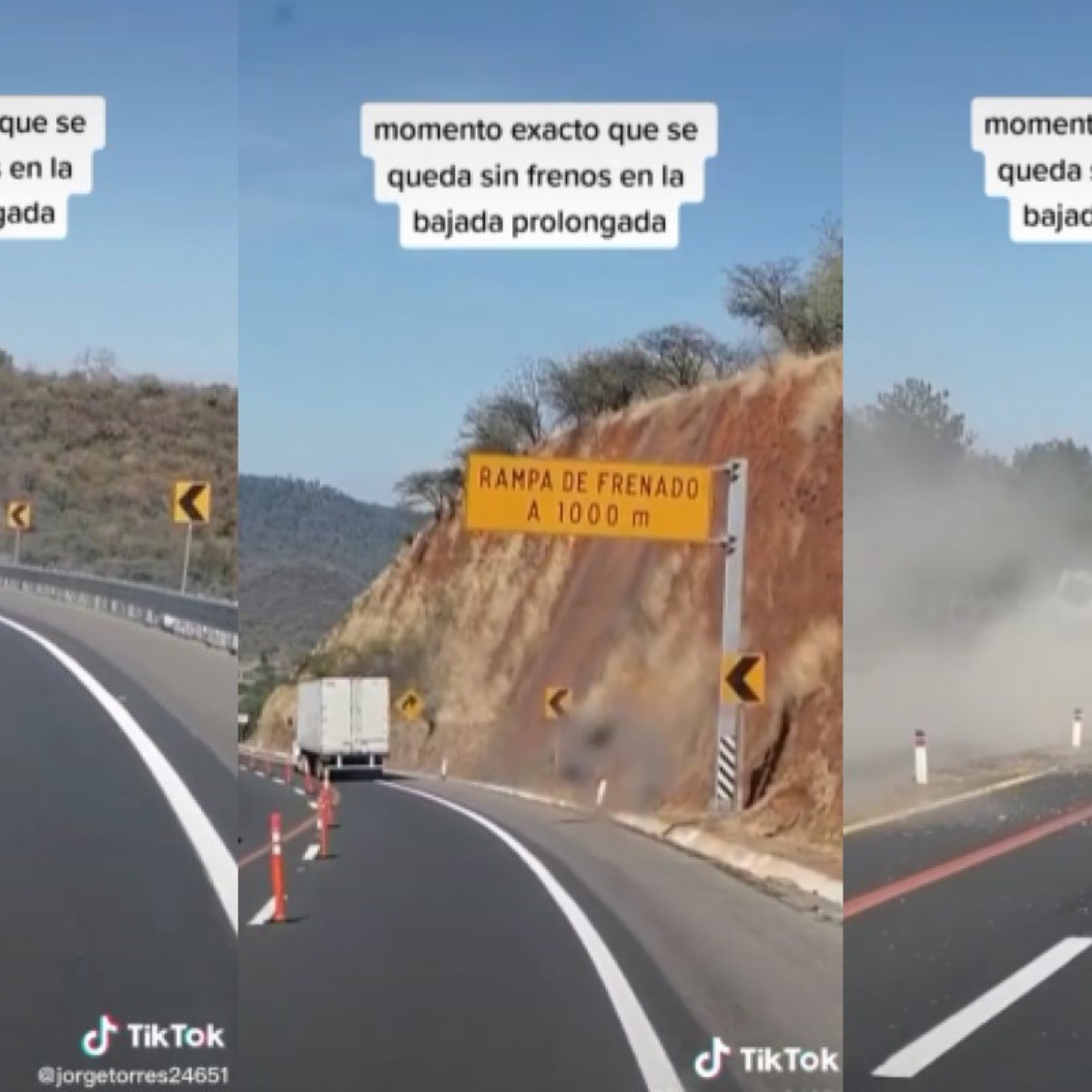 Minutes of terror and tension were recorded on video showing when a truck driver loses brakes on long descent. TikTok user Jorge Torres uploaded the exact moment the truck in front of him lost its brakes.

In the video, two men are heard narrating what is happening to the driver in front.

While recording, one of the men, who is apparently also in a trailer, says that the truck has lost its brake pads, this after white smoke began to come out at the rear of the unit.

Truck driver runs out of brakes on prolonged descent

The situation is that the truck driver runs out of brakes on a prolonged descent and the braking ramp is still far away, more than a kilometer.

As the video progresses, the men behind say that since he doesn’t have brakes, the driver is forcing the engine brake, but at one point, just like the brake pads, so the speed goes increasing.

At one point, the tension builds as the truck has to go around several busy curves before reaching the ramp.

Given the situation, the drivers begin to beg each other to put the vehicle on the ramp braking as the vehicle moves without control, due to the high speed, crosses 500 meters in seconds still does not use the ramp that is in his lane, but the one that is in the booth, under a bridge.

There, although the truck is expected to stop, it does not do so because of the speed it is going, so the driver turns left quickly so that the vehicle falls on its right side.

At the end of the video where the trucker runs out of brakes on a long descent you see the driver get out of the truck and the two men who went after him to help him.

Surprised users with truck without brakes

The trucker runs out of brakes on a long descent and the comments on TikTok called out the fact that the use of these ramps is charged.