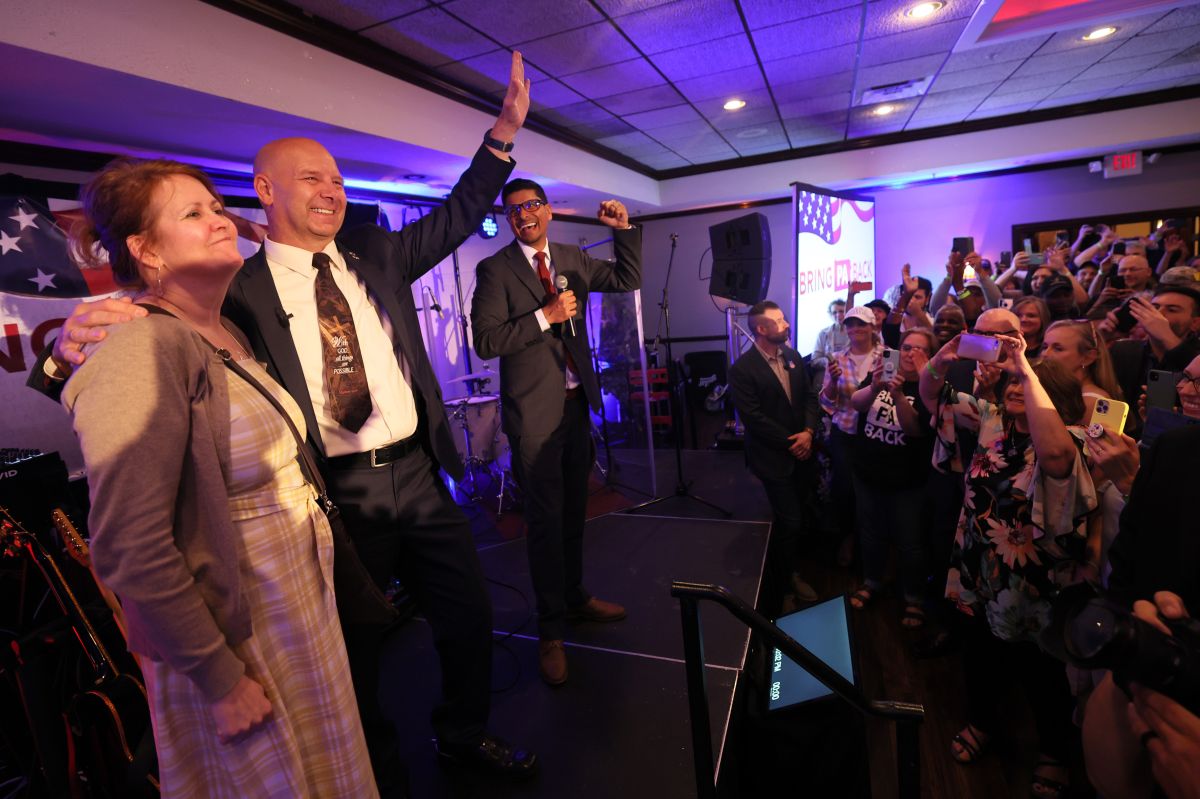 The Candidates backed by former President Donald Trump triumphed in the Republican primaries for Governor in Pennsylvania and the Senate in North Carolinabut lost his favorite in Idaho.

Trump chose to back Mastriano, who was already leading in the polls, over former Rep. Lou Barletta, a longtime supporter, and former Philadelphia federal prosecutor William McSwain.

However, some state Republicans fear the former president’s preferred candidate is too radical to win the November general election against Democrat Josh Shapiro.

“There is no one in Pennsylvania who has done more, or fought harder, for electoral integrity than state Sen. Doug Mastriano,” Trump said in his endorsement announcement Saturday.

“He has exposed the cheating, corruption and outright theft of the 2020 presidential election, and he will do something about it.”

Mastriano arranged bus rides to Washington for Trump supporters to attend the “Stop the Steal” rally that precipitated the Jan. 6, 2021, Capitol riots, and was seen on video footage walking with his wife through broken barricades.

During the campaign, Mastriano vowed to require voters to “re-register” to vote, even though that violates significant protections under federal and possibly state law.

Budd emerged to win the North Carolina Republican Senate primary, becoming the favorite to keep the seat in GOP hands after the impending retirement of Senator Richard Burr.

Budd, a three-term member of Congress, edged out former Governor Pat McCrory, Budd’s former House colleague Mark Walker and 11 other candidates to secure the nomination with 56.5% of the vote in the primary and 25% of all the votes counted.

“This man is a great politician, but more importantly, he loves the state of North Carolina,” the 45th president said during a speech at the Republican state convention in Greenville.

On the Democratic side, former state Supreme Court Chief Justice Cheri Beasley bested 10 other candidates in the primary.

If Beasley defies an expected Republican wave that will prevail in November, she would be the first black senator from North Carolina, and only the third African-American woman elected to the chamber.

Incumbent Idaho Governor Brad Little outlasted seven challengers, including his own Trump-backed lieutenant governor, to secure victory in the Republican primary and become the favorite to win a second four-year term.

The race was called with 23% of the precincts counted and Little receiving 64.1% of the vote, while Lieutenant Governor Janice McGeachin got 23.4%.

The two clashed spectacularly last May after McGeachin issued an executive order banning mask mandates while Little was attending a Republican Governors Association meeting in Tennessee.

Little, who never issued a state mandate and had left decisions about wearing masks up to local officials, quickly rescinded the order, denouncing his actions as an “irresponsible and self-serving political stunt.” Little will face Democrat Stephen Heidt in the November election. No Democrat has served as governor of Idaho since 1995, nor has any member of the party held statewide office since 2007.