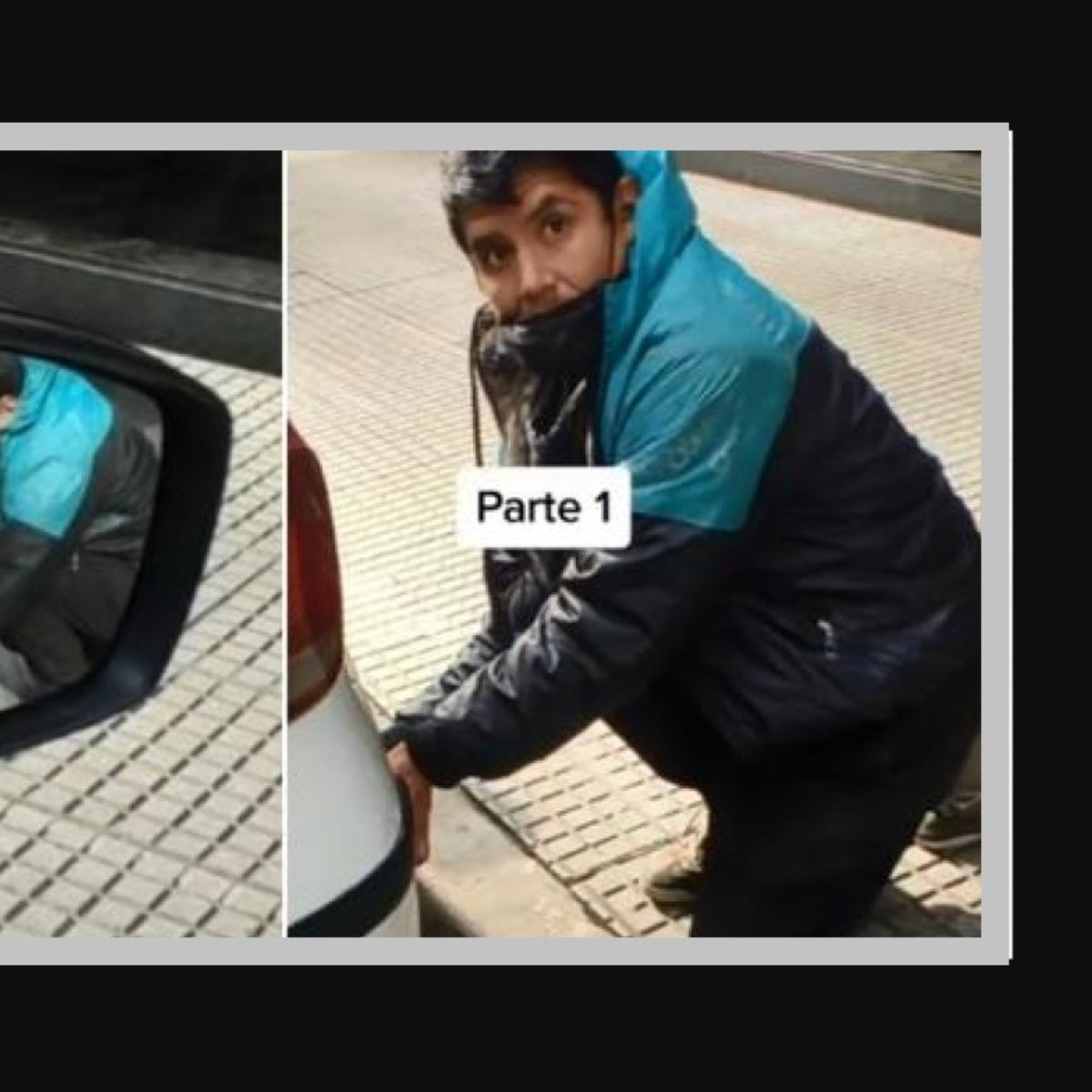 Perhaps you didn’t notice well, but a thief got a tremendous surprise and fright when try to steal a car, this because the driver of the vehicle in question was inside.

The events occurred in Buenos Aires, Argentina, when a man was inside his car but suddenly saw in the rearview mirror that a subject was trying to steal a part from his vehicle.

The owner of the vehicle without any fear, decided to take out his cell phone to record himself facing the thief.

He tries to steal a car and gets a tremendous surprise

The TikTok user @_julio_cb, was the victim of an attempted robbery of his car, so he published the sequence where it is seen how the criminal had not realized that the owner of the car was inside.

The video shows how the subject crouches and start removing the wheel bolts. “Ah, he wants to lower the wheel, I can’t believe it,” said the driver, who continued filming, but when the thief begins to place papers behind the rate, that’s when Julio decides to get off and confront him.

“Can I help you with something?”, he said to the clueless criminal.

It may interest you: They expose a thief from Mérida on social networks and it goes viral

In a second video, it is seen how the thief does not respond and begins to pick up things from the ground, without looking up and pretending to be distracted.

“Well here, how can you see a thief wanting to get the rate from me”, the victim is heard saying, while the criminal shook off his jacket.

In the end, the thief adjusts the rate and leaves. However, Julio warned him: “Next time you’re going to have a hard time.”

It was like this that after a subject tries to steal a car, users highlighted the driver’s patience both to record and to confront the subject.