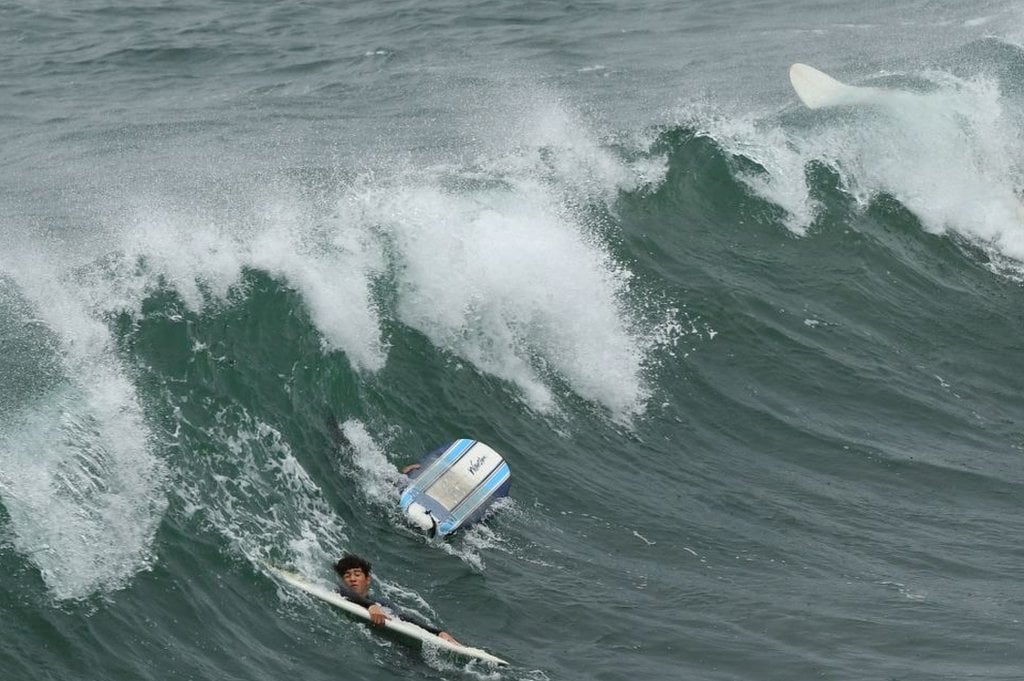 Tsunami waves caused by a gigantic volcanic eruption hit Tonga in the Pacific Ocean on Saturday and have put Chile, Japan and the United States on alert.

The eruption of the underwater volcano Hungarian-Tongan-Hungarian-Ha’apai has caused powerful waves in the South Pacific that are expected to have repercussions in several countries.

The United States warned this Saturday that the tsunami could affect the west coast of the country -California and even Alaska- and advised those who live in those areas to move away from the coast as a precautionary measure.

In addition, the National Emergency Office (Onemi) of Chile warned about the possibility that it will reach the Easter Island a “minor tsunami”, and has asked the population to leave the beach area.

Japan has also issued an alert and has asked its citizens to stay away from the Pacific coast. Tsunami waves of 1.2 meters in height were recorded on a Japanese island.

In general, strong currents and waves are expected, but a large tsunami is unlikely.

What has happened in Tonga?

Videos on social networks show the irruption of water in Tonga through a church and several houses. Witnesses also describe ash falling over the capital, Nukuʻalofa.

The capital of Tonga is situated just 65 kilometers north of the volcano.

Resident Mere Taufa said the eruption occurred as her family was preparing for dinner. His younger brother thought it was bombs exploding nearby.

“My first instinct was to take cover under the table, I grabbed my little sister and yelled at my parents and others in the house to do the same,” according to statements collected by the news site Stuff.co.nz.

Taufa added that the next thing he knew, the water was rushing into his house.

“You could hear screaming everywhere, people crying out for your safety, for everyone to reach higher ground,” he declared.

According to the Geological Survey of Tonga, the columns of gas, smoke and ash ejected by the volcano reached 20 kilometers in the sky.

Tsunami videos out of Tonga 🇹🇴 this afternoon following the Volcano Eruption. pic.twitter.com/JTIcEdbpGe

Professor Shane Cronin. volcanologist at the University of Auckland (New Zealand), said the eruption was one of the largest in Tonga in the last 30 years.

“It’s a pretty big event, at least one of the most significant eruptions in the last decade,” Cronin told the BBC.

“The most remarkable thing is how fast and violent it spreads. This one was bigger, broader and produced much more ash. I predict that there will be many centimeters of ash deposited on Tonga”, added the expert.

The eruption of eight minutes It was so violent that it could be heard like “loud thunder” in Fiji, more than 800 kilometers away, according to officials in Suva, the capital.

An Australian government spokesman said the prime minister and foreign minister are monitoring the situation and ready to provide support.

The tsunami warning was also issued for areas on the east coast of Australia and Tasmania.

Australian authorities have asked people in the eastern state of New South Wales to get out of the sea and stay away from the shore.

In New Zealand, which is more than 1,400 miles away, officials have warned of potential storms.

The National Emergency Management Agency said coastal areas in the north and east of the North Island could experience “unusual strong currents and unpredictable shore swells”.