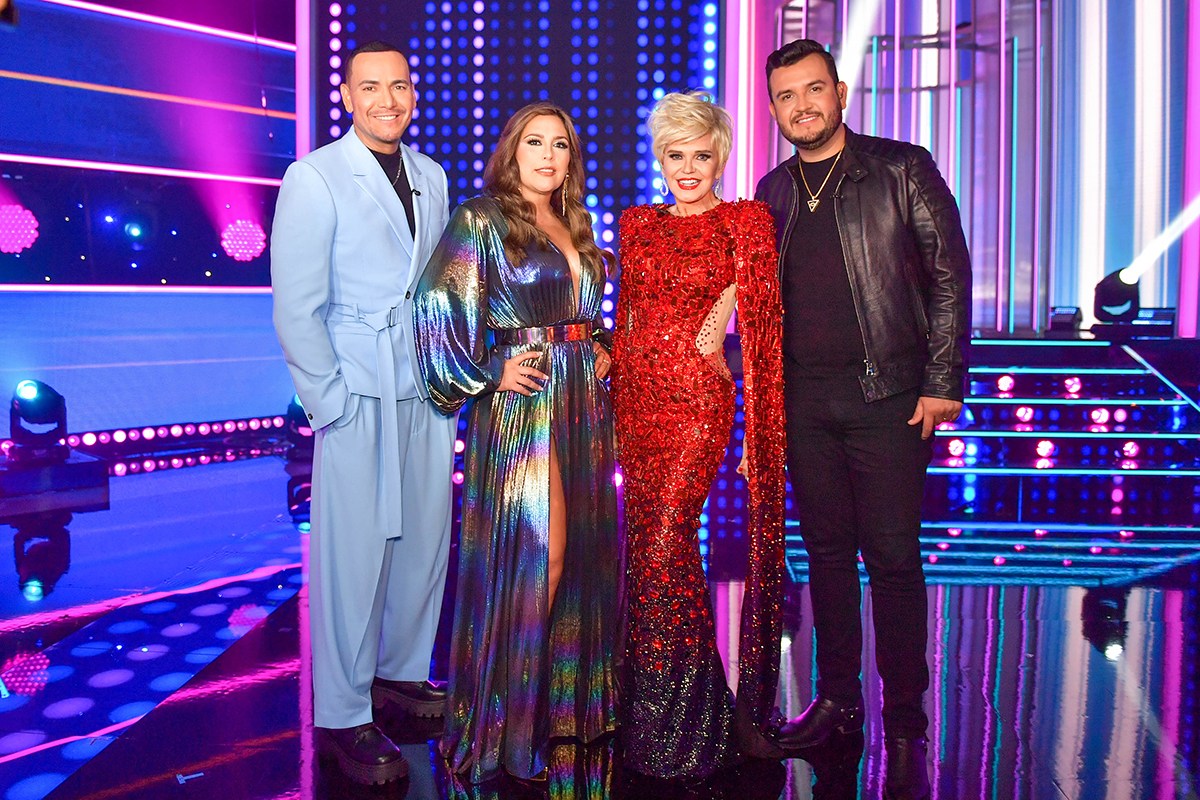 After a impressive performance, Juan Gabriel, who joined the previous 6, Michael Stuart becomes the big winner of ‘Tu Cara Me Suena 2’ and takes 50 thousand dollars for his foundation, ‘Olas de Cielo’.

The final of the second season of the Univision and Televisa reality show ended as it was throughout the 7 Sundays that it lasted: a waste of talent, discipline, camaraderie and excellence both in talent and in production.

The night started off with a bang a musical in which the judges participated, Angélica Vale Cantando, Charytín Goyco and Víctor Manuelle on guitars and Edén Muñoz on drums, each one of the talents that were part of this second season Sherlyn, Kika Edgar, Helen Ochoa, Kika Edgar, Manny Cruz, Michael Stuart, Yahir, Christian Daniel and Michael Stuart, sang with them the emblematic Queen song “We will Rock You’.

Under the presentation of Ana Patricia Contreras and Rafael Araneda there was a waste of talent from all impressive duos that not even the artists themselves would have imagined seeing like this.

The night continued with the presentation of the impressive great voice, who delighted everyone with her performance in each of the galas, could not have closed in a better way when interpreting Natalia Jiménez… Who are we talking about? Kika Edgar. Although Chary did not give him the best return and told him that at the moment he saw her singing, he undoubtedly had a great farewell from her.

She was followed by Yahir, another who has only had high scores from the reality judge and coach, Angélica, without a doubt he put all the desire, the discipline. They say he was one of the ones who rehearsed the most, and although we saw all of this on screen, from start to finish Edén Muñoz gave him the opinion of the four: they never stopped listening to Yahir himself, in this sexy Maluma finally managed to surprise them.

Sherlyn, without a doubt, is the one of the seven talents who had the most fun throughout this second season. A few weeks ago she confessed to La Opinion in an exclusive interview that this was his premise, that he would not suffer like in ‘Mira Quién Baila’, and in that she was the absolute winner. For the final gala, she had the pleasure of playing Shakira, she moved her hips, fell to the floor and received the congratulations of the judges, for being able to imitate her style of voice and dance at the same time, they all agreed to say: “You surprised us”.

If at the time, the season was opened by Helen Ochoa, with Rocío Durcal, today it was the turn of the Mexican Yuri. Of course, as she did in each of the galas, especially when she became Joan Sebastian, the singer of ‘blin, blin’, was a complete success and received the congratulations of the judges, who could not believe the wonderful interpretation. “You understood perfectly the responsibility of this night that is close and you have done everything on stage,” Víctor Manuelle told her.

She was followed by Christian Daniel, who played Sebastián Yatra. The best of all the ones he did in the season, not only in the characterization, the gestures and the voice. Although on more than one occasion the singer has said that not being him is quite a challenge, and the judges in almost all the galas highlighted that they could not stop being, this time he literally covered everyone’s mouth, and showed that he can be a chameleon, so much so that Angelica went down to hug him and Eden told him: “Not even Yatra looks so much like Yatra”.

The time came when he ended up being the big winner of the season, although in truth he only won the semifinal and the final, but his points throughout the galas due to each of his wonderful performances made him worthy of the trophy and the check for his foundation.

Of course we talk about Michael Stuart, who a few days ago confessed to us the concern and great responsibility he had on his shoulders in making the greatest of all time and above all, his concern about how the Mexican people, who are giving him so much support, would take it.

Then it was for everyone to see Juan Gabriel on stage again, he made everyone cry, including him, and once again he got everyone’s vote in his favor. “Your life has to change from before Michael Stuart to now, what you did went much further,” Charytín told him.

“Today Juan Gabriel has blown my mind, all the people of Mexico thank you because we saw him again” said a crying Eden.

Another of the talents was finally able to make the change by understanding what this type of reality show was about was Ninel Conde. Her Bad Bunny woke her up and made her the winner of that gala. Margarita the Queen of Cumbia sensitized her, and in this final his Gloria Trevi took out his prejudices, his poses and gave himself up to dissing himself before everyone. And the judges were able to recognize it by saying that it was spectacular.

A few weeks ago, when we interviewed him about his performance in Camila, unintentionally Michael Stuart predicted that she should play Carlos Vives, and Manny Cruz told her that it would be a dreamand boy was it, but for all those who witnessed his transformation in this final. As Angélica Vale said in the semifinal, he was the big surprise this seasonSo much so that he won two galas and almost ended up taking the trophy from his friend. And the judges let him know who they closed by saying: “the revelation”.

Point apart in these wonderful duos, the impressive voices of Kika and Michael; and the surprise of At the time of receiving the Trevi we did not meet Ninel, the reason? She would have refused to do it and to share the stage with Helen.

At last the great moment arrived, to meet the winner, it was so strong for Stuart to confirm what he assured that he had been prophesied when he decided to leave everything that was bad for him and gave himself to his faith and his family, who could not stop crying and his companionswho became a family, did the same with him.

Yes, what was imagined from the first gala when we saw him on stage, but that surprised us when he didn’t win at any gala became a fact and almost without being able to speak Stuart reconfirmed what Chary said, that there is a Michael before and after ‘Your Face Sounds Like Me 2’.